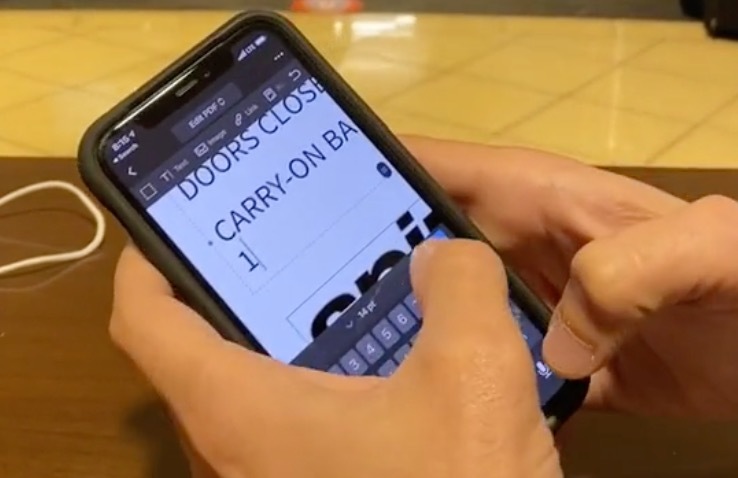 TikTokker's Carry-On "Hack" Gets Him Banned from Spirit Airlines

Spirit Airlines has reportedly banned a TikTok user from flights for two years because of a carry-on luggage tip the man posted.

In an 18-second clip titled "Spirit carry on hack" that was uploaded to the video-sharing platform in September, user @RobKAllDay demonstrated for his nearly 185,000 followers how to use editing software to alter a Spirit boarding pass on a smartphone so that the carry-on baggage section has a 1 next to it instead of a 0.

That would indicate, falsely, that the passenger had paid to put a carry-on bag in the airplane's overhead compartment—which on Spirit, as on most ultra-low-cost carriers, is supposed to require an extra fee.

? how would they know bad girls club - Chris Gleason

Listen, we know those nickel-and-dime airline fees are irritating. But this sort of digital alteration isn't a clever travel hack so much as an instance of fraud and petty theft. May as well recommend going through your airplane seatmate's purse while she's in the lavatory as a smart budget-saving move. (Note to Spirit Airlines: Please do not ban us. We're saying this would be a bad thing to do.)

In Rob K's defense, he does contend in the video's caption that he "didn't actually do this."

Still, the clip has been seen, as of this writing, 2.7 million times. And Spirit is evidently not amused.

In a recent follow-up post, Rob K shows the letter he received from the airline, informing him that his "egregious" TikTok shenanigans have earned him a two-year banning from all Spirit flights and facilities.

Made it to the no fly list ##noflylist ##babies ##spiritualawakening ##spiritairlines

At the end of that period, the letter continues, the airline will consider lifting the ban, provided the TikTokker pleads for forgiveness, "explaining why we should reconsider the restrictions and giving unequivocal assurances that you will conduct yourself appropriately in the future."

In the clip's audio, Rob K calls the airline a "bunch of babies."