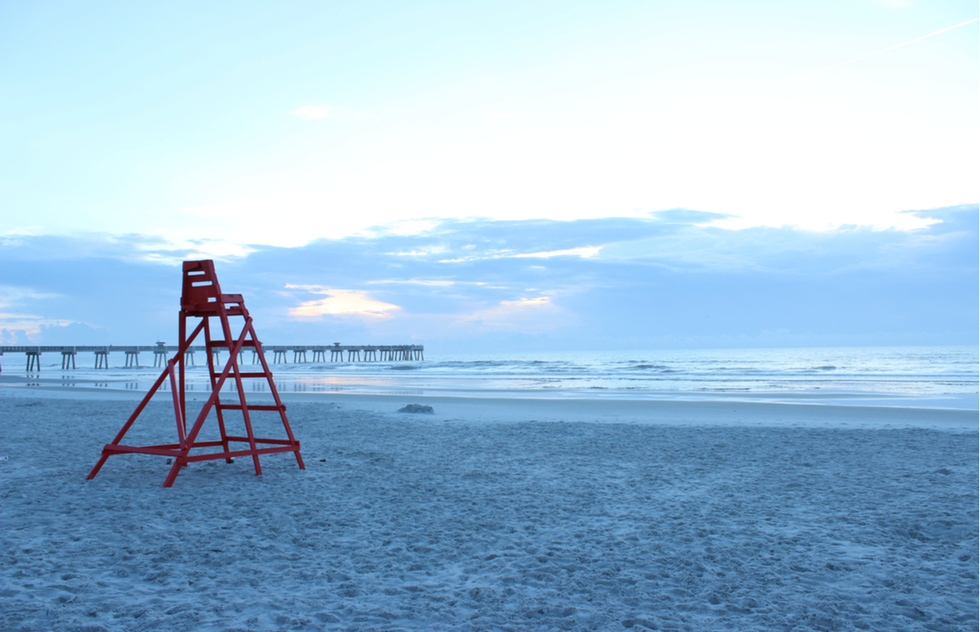 Jacksonville, Florida, is among the first locations in the United States to loosen social distancing restrictions—the city's beaches reopened to the public Friday at 5pm.

According to an announcement on Jacksonville's government website, only "essential activities" will be allowed, such as "walking, biking, hiking, fishing, running, swimming, taking care of pets, and surfing."

Few of those activities sound absolutely essential to us. And the ones that must be done (like taking care of pets) don't require sand or sea.

Outside of what happens in the film Moana, we're struggling to think of an example of "essential" surfing. Maybe the Jacksonville authorities know something that we (and the world's public health experts) don't.

There are limits to what will be allowed on the beaches. No sunbathing or barbecuing will be permitted, and those participating in recreational activities are still encouraged to keep their distance from one another.

Beaches will be open each day from 6am to 11am and again from 5pm to 8pm. They'll remain closed the rest of the time.

“This can be the beginning of the pathway back to normal life,” Jacksonville Mayor Lenny Curry claimed in the city's announcement.

Then again, it could be the beginning of the pathway to some terrible things, too.

The mayor announced the change a day after Donald Trump said that states and localities would be in charge of deciding when to lift their lockdowns. Trump did recommend, however, that local leaders keep restrictions in place until they are able to confirm a two-week downward trend in coronavirus symptoms and documented cases.

That has not happened in Jacksonville. The number of new cases in Duval County, where the city is located, has declined in the last few days, according to news reports—but authorities have not by any means waited for two weeks to confirm a definite downturn.

Statewide, Florida has been markedly afflicted by the virus, with nearly 700 fatalities and more than 24,000 diagnoses as of this writing.