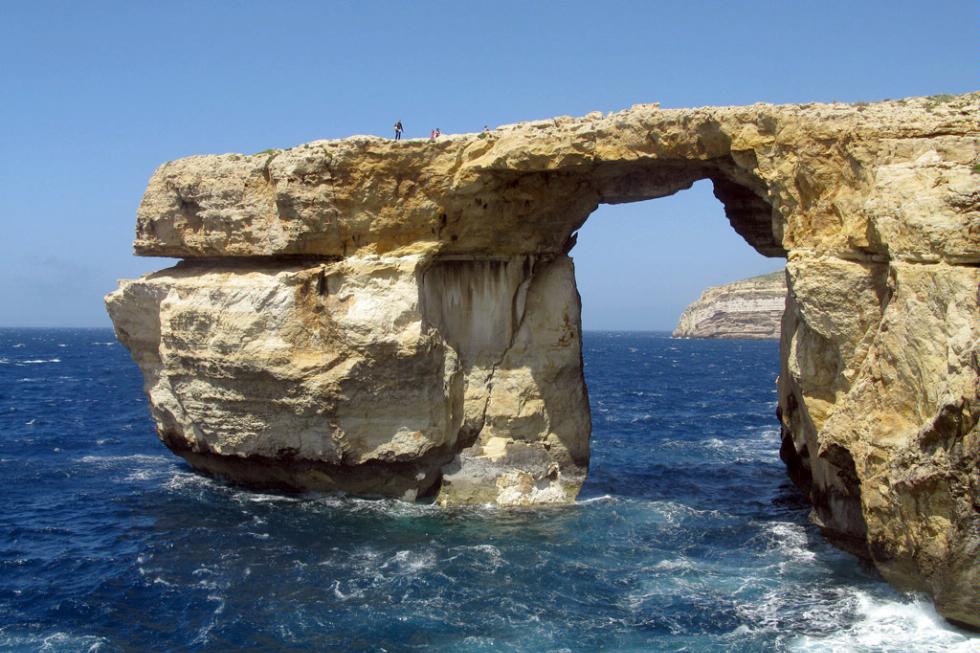 The Mediterranean nation of Malta lost one of its most recognizable—and most Instagrammable—landmarks in March, when the Azure Window, a 92-foot limestone arch(pictured above) on the island of Gozo went tumbling into the sea after heavy storms.

But the natural icon didn't just vanish into thin air. It now lies in enormous boulders under the surf at depths ranging from 16 to more than 100 feet.

The site is becoming increasingly popular with scuba divers, who were already drawn to the Azure Window's erstwhile neighbor, the Blue Hole, a deep underwater cavern. Thanks to the collapsed arch, divers now have a huge limestone maze to explore down there, too.

Who says there's no second act in the lives of treasured rock formations?

Fish and plant life have already started to move in, and it won't be long before the water irons out the boulders' jagged edges. So if you want to see the underwater Azure Window while it still looks something like its old self, you might want to get a move on.
Beach & Water Sports
News
Outdoor & Adventure
Videos