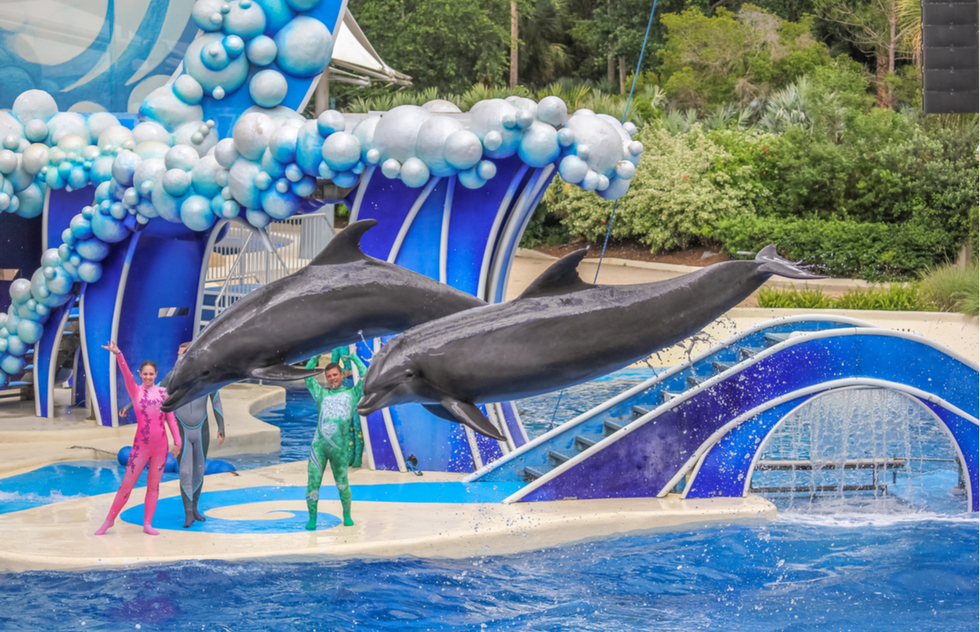 SeaWorld shows featuring trainers riding or standing on dolphins are now a thing of the past.

In a letter to the U.S. Securities and Exchange Commission, SeaWorld Entertainment revealed that it's halting such stunts at its parks in Orlando, San Antonio, and San Diego.

The letter addresses a shareholder proposal from People for the Ethical Treatment of Animals (PETA), which has long decried dolphin shows. PETA has 163 shares of stock in the company, presumably so that the animal-rights group can have a say in how SeaWorld is run.

Not that SeaWorld has any intention of acknowledging that PETA's efforts played a role in the change.

In a statement emailed to Frommer's, SeaWorld reps assert the following: "As an accredited zoological facility, our leadership solely determines the content and format of our presentations and is not influenced in any way by the actions of ill-informed activists, who are seemingly more interested in their profile and fund raising than they are the welfare of animals."

That hasn't stopped PETA from declaring victory. In fact, "Victory!" is how an update on the group's website begins.

But the activists still aren't satisfied.

While allowing that SeaWorld has ended a "cruel" practice, PETA argues that "orcas and dolphins continue to suffer in tiny concrete tanks" at the parks and should be moved "to seaside sanctuaries now."

Other dolphin-related activities at SeaWorld parks apart from shows include chances for visitors to touch and feed dolphins and, at the SeaWorld-owned Discovery Cove (which charges separate admission) in Orlando, packages that allow guests to swim with dolphins.

According to Discovery Cove's website, the latter experience concludes with an optional "dorsal fin tow," during which participants are pulled through the water by holding onto a dolphin's dorsal fin.

Frommer's reached out to SeaWorld reps for clarification about whether any plans are in the works to change or eliminate human-dolphin encounters apart from the parks' animal shows, but those reps declined to comment.

SeaWorld has also revamped its long-lasting orca shows. Demonstrations now focus on education rather than the performance of tricks, and trainers stay out of the water.

The parks have been under intense scrutiny over their handling of marine animals since the release of the 2013 documentary Blackfish.

Following public outcry over that film's depiction of how SeaWorld treated orcas in the past, attendance at the parks dropped and SeaWorld eventually pivoted away from animal shows and toward rides and a partnership with Sesame Street.

According to a Forbes analysis, attendance and revenue have improved since the changes.