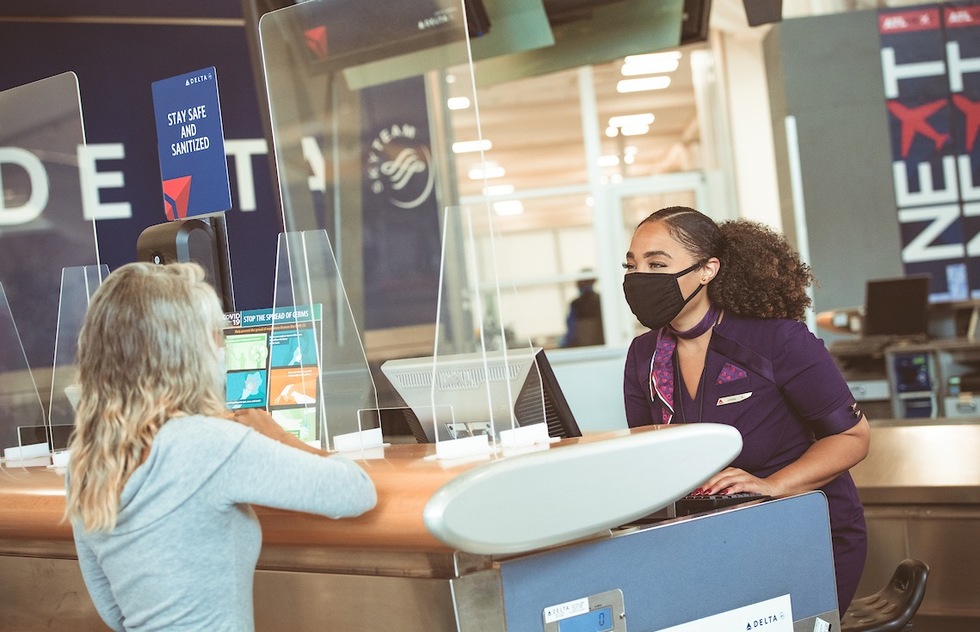 U.S. Extends Mask Mandate for Travel, But Only By Two Weeks

Update, April 18: The TSA announced that as of April 18, it will no longer enforce the mask mandate during its last few remaining days. Some airlines and travel facilities have declared the usage of masks optional, but as they did in 2020, some can still decide to require masks as a matter of operational policy. If you're planning to travel, keep packing a mask just in case you'll need one for some steps of your journey. You are not forbidden from wearing a mask if you wish.

The Transportation Security Agency is extending by 15 days the mask mandate that was set to expire on April 18. The new expiration date is May 3.

Previous extensions were for longer periods—in March, the mandate was lengthened by a full month. But this extension, the rule's fourth, is for only half that length of time, signaling an intentional waning of the rule's force.

Officials at the Centers for Disease Control and Prevention referred to a current uptick in the infection rate in several American regions as a reason for continued caution.

"Since early April, there have been increases in the 7-day moving average of cases in the U.S. In order to assess the potential impact the rise of cases has on severe disease, including hospitalizations and deaths, and health care system capacity, the CDC Order will remain in place at this time," the agency said in a statement.

This week, Philadelphia, responding to the BA.2 variant, became the first major U.S. city to bring back its mask requirement in indoor public spaces.

Politicians on both sides of the Congressional aisle have advocated both against and in favor of continuing the mandate on American travel systems. Within the airline industry, management and workers have also fought on alternate sides of the rule's persistence. Even opinion polls, such as one conducted in mid-March by NBC News, calculate continued favor for the rule among the general population as roughly matched: 51% for and 46% against.

In Europe, airlines were forced to make hundreds of flight cancellations in late March and early April after local mask mandates were dropped there and, in response, workers elected to call out sick and not show up for flights.

The U.S. mask mandate has persisted in one form or another since 2020, when the airlines first demanded masks without government requirement. That system lasted until early 2021, when the rule was validated by federal regulation and expanded to U.S. planes, trains, buses, and transit hubs.

With each extension of the mandate, the prescribed time has decreased. Last August, the mandate was extended by four months; in January, two months were added; and in March, just one month was ordered.

Now, the extension is just 15 days.

Despite the ongoing mandate, U.S. airlines are reporting excellent growth.

On Wednesday, Delta Air Lines announced it expected to return to profitability in the current financial quarter thanks to healthy bookings by travelers.