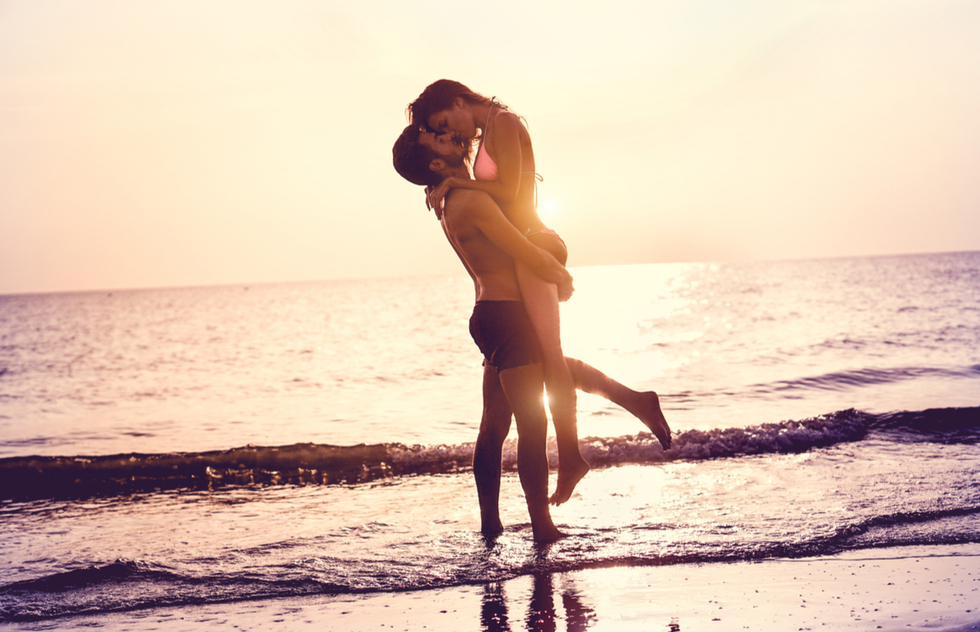 According to a newly released survey on the sex habits of vacationing Americans, almost a quarter of U.S. adults say they've gotten busy aboard some form of public transportation, be it an airplane, a train, a bus, an Uber, or the Staten Island Ferry (shudder).

That's probably the most eyebrow-raising statistic in the 2021 Sex Travel Survey, a nationwide poll conducted on behalf of The Vacationer and overseen by Eric Jones, a cofounder of that travel website and also a math professor at Rowan College of South Jersey.

A little more than 77% of respondents said they've never hooked up on public transportation, but that leaves almost one in four who have. The most common setting for these rendezvous? Airplanes, selected by 11.6% of those polled.

Extrapolating to the wider population based on census data, that comes out to about 30 million people. Guess the Mile High Club isn't a very exclusive institution.

Other questions on the survey dealt with out-of-town one-night stands as well as the quality and frequency of vacation sex.

About 29% of respondents own up to having had at least a single one-night stand while traveling; 17.8% of those have done the ships-passing-in-the-night bit on more than one occasion. Men are significantly more likely to say they've had a one-night stand than women are—the exact figures are 33.88% of men versus 23.65% of women.

As for frequency, 29% of those polled said they have more sex on vacation, a frustrated 36% have less, and 34.8% have about the same amount as at home.

“Intuitively we might think people would have more sex on vacation," survey analyst Jones explained, according to the Staten Island Advance newspaper (sorry about that crack about the ferry earlier). "However, when we take into account singles and those traveling with kids, family, and friends it makes sense."

More than a third of the survey's respondents, 37%, think sex is better on vacation than at home, while a nearly identical amount, 36.6%, say it's about the same. The remaining 26.4% evidently prefer their own sheets.

To see the full results along with demographic insights and details on the survey's methodology, go to TheVacationer.com.