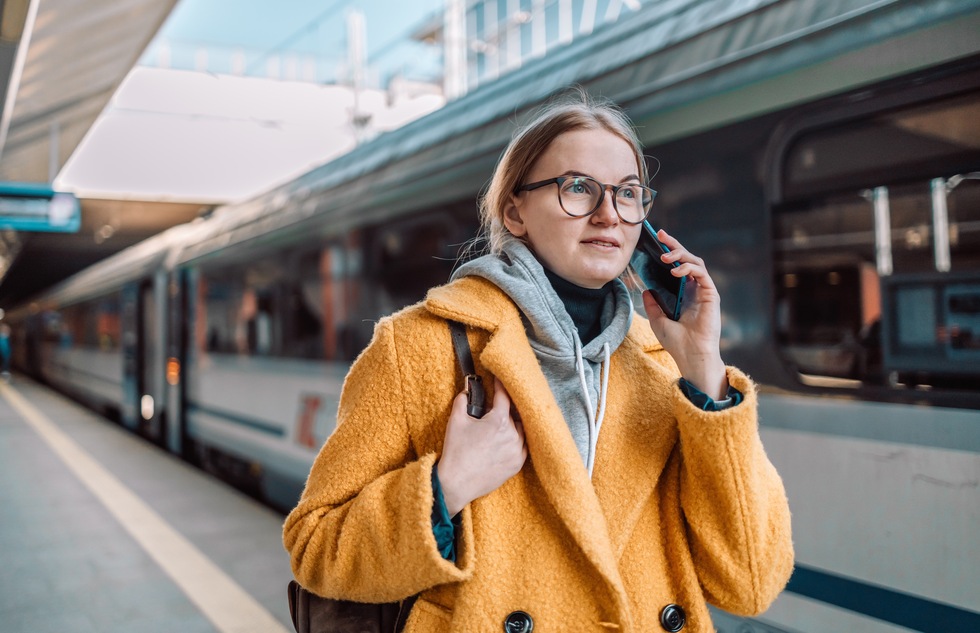 Verizon Gooses Its International Data Benefits to Be More Competitive

Earlier in 2022, smartphone service giant T-Mobile, which gobbled up competitor Sprint in 2020, flexed the power of its post-merger muscle by increasing the speed and data available to its customers who travel abroad.

Starting in June, customers who have some T-Mobile plans automatically got 5G of monthly free data in many international destinations, often at crisp 5G speeds, and with no roaming charges. At the time, I explained the changes in this post.

This week, Verizon, another well-subscribed U.S. carrier, did what it could to play catch-up. As a descendant of the archaic Bell System that your grandparents used for wired telephone service, Verizon's business machinations have tended to be more domestic-focused (it spent $4.4 billion in 2015 to, um, purchase AOL), which have put it at a relative disadvantage in competing in the international coverage space.

So considering T-Mobile almost always tops Verizon among travel experts as the best carrier for regular overseas travel (according to us, USA Today, U.S. News and World Report, Business Insider, and many others), Verizon had some catching up to do.

Verizon has announced improvements to two areas of its coverage: the daily TravelPass and International Monthly plan. The changes don't come up to the benchmark set by rival monster carrier T-Mobile, but they will be welcome enhancements for people who are already on Verizon's plans and need some help when they go overseas.

Verizon customers who paid extra every day to add the TravelPass their plans used to find their high-speed data capped at a mere 500 MB per day. After that, their speeds were throttled to just 2G at 128Kbps.

Now, with the changes, the TravelPass high-speed limit has been quadrupled to up to 2GB of high speed data per day. (That's still not a lot of data for typical day of at-home surfing and e-mailing, but it's a lot more reasonable than 500 MB was if your travel use of the network is sparing). Once that 2GB is hit, then speeds are throttled to 3G levels at 1 Mbps. TravelPass includes unlimited talking and texting in more than 210 countries.

But to get those new limits, Verizon customers have to pay $10 extra per day for the TravelPass add-on. Customers who neglect to arrange in advance for the $10 daily TravelPass surcharge will have to pay the brutally old-fashioned Pay-as-You-Go rates, listed here.

Verizon says interested customers need only add TravelPass to their plans once, and the daily charges will only kick in on the days when it's used internationally. According to the add-on's official description, "Once [TravelPass is] added, you'll only be charged on the days you send or receive a call, send texts or use data on your device while abroad, so there's no need to remove it when you return."

Verizon has also bumped up the allowances of its International Monthly plan, a niche product that is mostly purchased by customers who spend some time abroad at least once a month—because of its higher monthly expense, it's not a plan that annual vacationers tend to want to pay for.

The International Monthly plan once bought 5GB of high-speed data, then $20 per each 1GB of usage after that, as well as 1,000 text messages, and 250 voice minutes. Now the improved plan allows for 20GB of high-speed data before it's throttled at 3G speeds at 1Mbps (but overage fees have been eliminated). The International Monthly plan also now grants unlimited text messages but holds the line at 250 voice minutes a month.

All of Verizon's Unlimited plans and T-Mobile's recently changed plans include roaming charges, which is why you rarely hear of roaming fees spoken of any more. Like the Baby Bells, roaming charges are something you'll just have to ask your grandparents about.