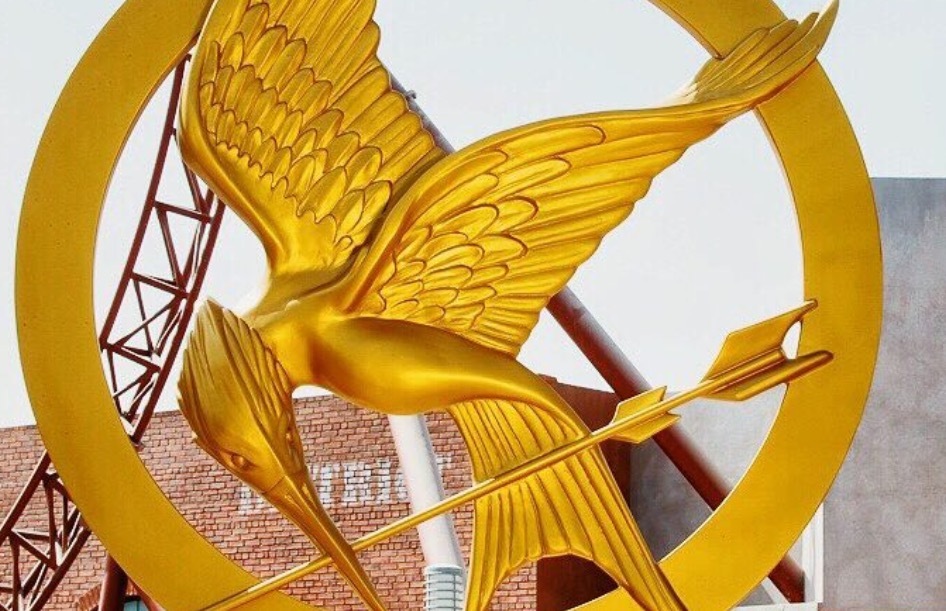 We're guessing the world of The Hunger Games wasn't intended to be the sort of place people would like to visit. After all, Suzanne Collins's hugely popular young adult novels—and their film adaptations—take place in a dystopian future where teenagers are forced to battle to the death for the entertainment of rich jerks.

Nevertheless, you can now (safely) immerse yourself in the land of Katniss Everdeen thanks to a cluster of attractions at Motiongate Dubai, a Hollywood-inspired theme park in that flashy United Arab Emirates city.

The newly opened World of the Hunger Games features two marquee attractions: the Panem Aerial Tour, a hovercraft simulator; and the Capitol Bullet Train, a half-pipe roller coaster with a forward and backward launch and several upside-down moments.

There's also a live percussion show called Coal Miner's Clash, a store where you can buy officially branded souvenirs, and Peeta's Bakery, a food and drink venue with themed eats.

What, no salon where they'll make your hairdo look like purple cotton candy?

The World of The Hunger Games is OPEN! Book your visit now! #MOTIONGATEDubai #TheWorldOfTheHungerGames #DubaiParksAndResorts