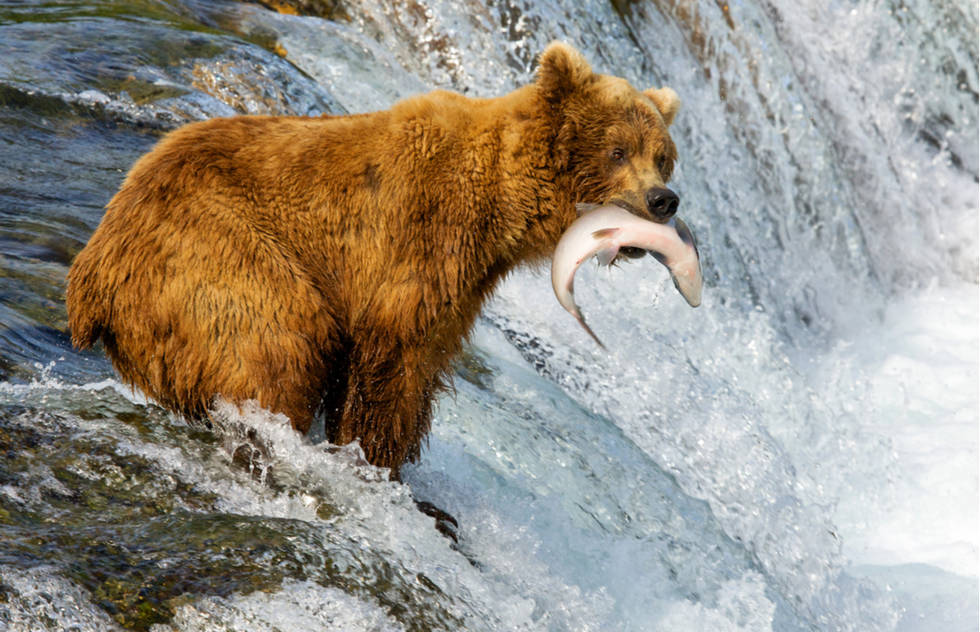 The bear cams at Alaska's Katmai National Park have been switched on again and are streaming live images of the reserve's furry denizens as they fish for salmon in the Brooks River.

Fresh from hibernation, many of the park's more than 2,200 brown bears make their way to the water this time of year, when salmon start heading upstream to spawn—provided they don't wind up as lunch.

The webcams, which are hosted by Explore.org, have been broadcasting the action each summer since 2012. They're set up at several spots in the park, but the most dramatic scenes usually play out at Brooks Falls, where groups of bears gather to catch fish leaping into the air to get over a 6-foot-tall cascade.

Bulking up for winter, the bears get roly-polier as the season progresses. Even a fish-based diet can get fattening when you eat up to 30 salmon a day.

At the end of the summer, fans vote for the weight-gain champ during the annual Fat Bear Week. The winner in 2019 was Holly, described by the park as the "Queen of Corpulence."

Katmai's bears are leaner and at their most active in July. You can watch them from your laptop or phone 24 hours a day.

To get going on a visit to view the bears in person next summer, go to Katmai National Park's website.