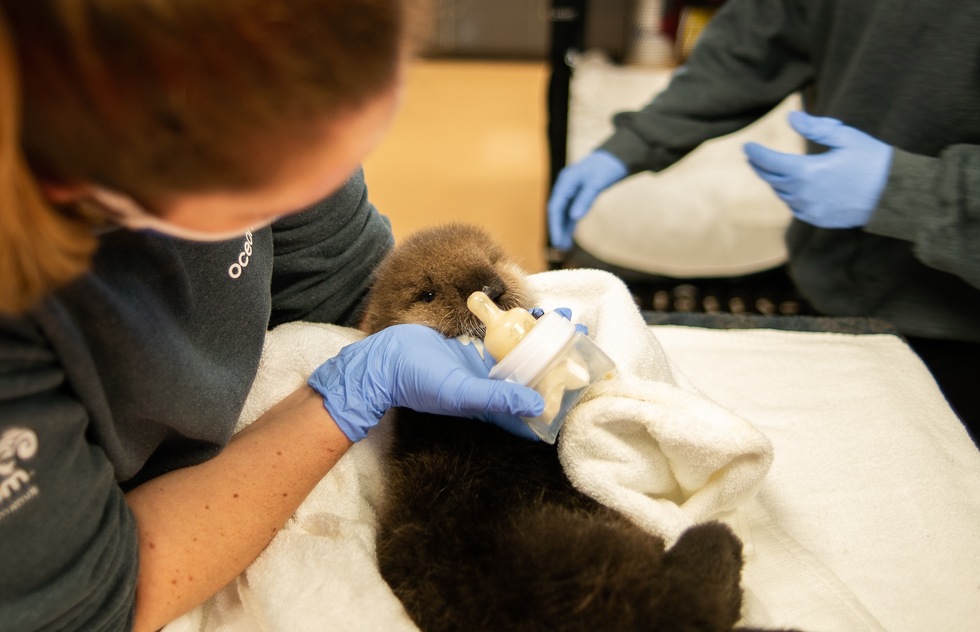 With all due respect to Hello Kitty's homepage and the Instagrammed birth announcement of your cousin's kid, we have found the cutest thing on the internet.

It's a livestream starring Joey, a baby sea otter who was discovered earlier this summer on a beach in Kyuquot, British Columbia.

Just days old and alone (his mother is thought to have died), Joey was rescued by the Ocean Wise Marine Mammal Rescue Centre at the Vancouver Aquarium, where he's receiving around-the-clock care and learning valuable life skills such as how to swim, groom himself, and maximize his online presence.

To support the group's work, you can virtually "adopt" Joey for a $35 donation. That gets you a social media badge and access to a special "end-of-season video." But, more important, your donation helps fund animal rescue efforts at a time when zoos and aquariums are struggling due to the worldwide financial downturn.

If you're in Canada, you can see Joey in person at the Vancouver Aquarium, which has reopened in the seaside city's beautiful Stanley Park.