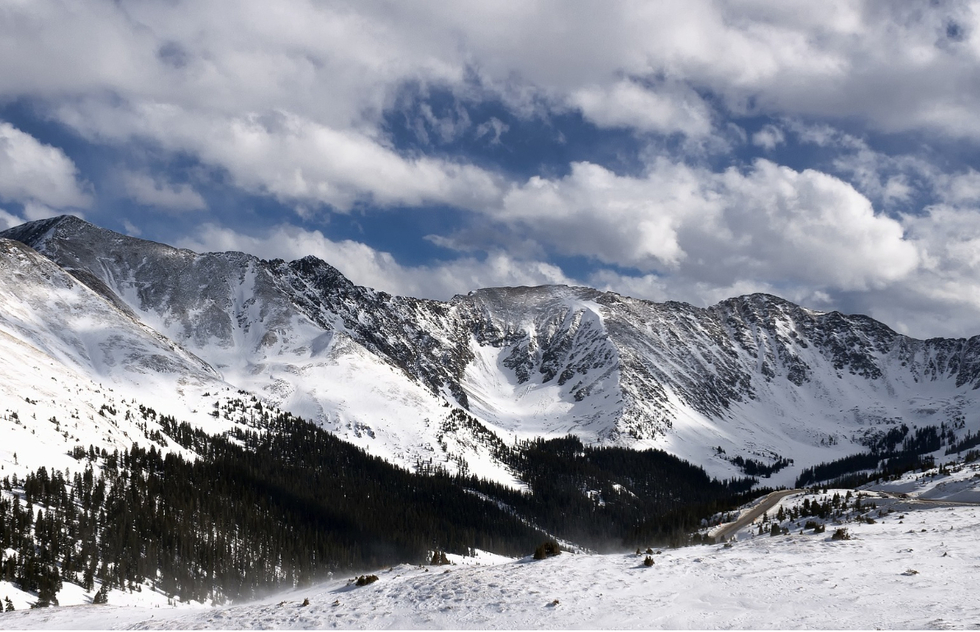 Image by Mircea Ploscar from Pixabay

A Colorado snowboarder was lucky to walk away without major injuries after surviving a frightening avalanche last week in the backcountry near Loveland Pass (pictured above) in Summit County.

Now let his experience be your lesson. Maurice Kervin, a 25-year-old Denver man, has posted to Instagram his POV video of the ordeal in order to provide a cautionary example of how quickly conditions on snow-covered mountains can turn dangerous.

Kervin told Denver's local ABC affiliate that he had been monitoring the avalanche forecast and knew he was taking a risk when he and a friend hiked to an area called No Name, but he thought the situation had improved from earlier in the week.

As you can see in the video, he was wrong.

After only about 45 seconds, the snow began breaking up beneath him, and with alarming speed, the mountain began tumbling down on him from above.

In the clip, the churning surface of the snow looks, at one point, more liquid than solid.

Fortunately, Kervin was wearing a backpack equipped with an avalanche airbag designed to inflate at the pull of a cord to keep the wearer from getting buried.

When Kervin felt himself getting pulled under the snow, he deployed the airbag—you can hear the whoosh in the video—and began doing the backstroke to stay above the surface.

It worked, and when Kervin came to a stop—about 1,000 vertical feet below the spot where he started—he was above the surface and suffering nothing worse than a dislocated finger.

“Just knowing how to respond and react in that terrain personally helped me make the right decision when everything kind of fell apart," Kervin told the local news station.

The close call serves as a reminder of the importance of boning up on avalanche safety practices for any winter sports enthusiast heading into the backcountry.

Kervin improved his chances of survival by having useful gear and training. Other inexperienced skiers and snowboarders can equip themselves for such situations—and monitor the avalanche forecast to avoid triggering an emergency in the first place—at the website of the National Avalanche Center.