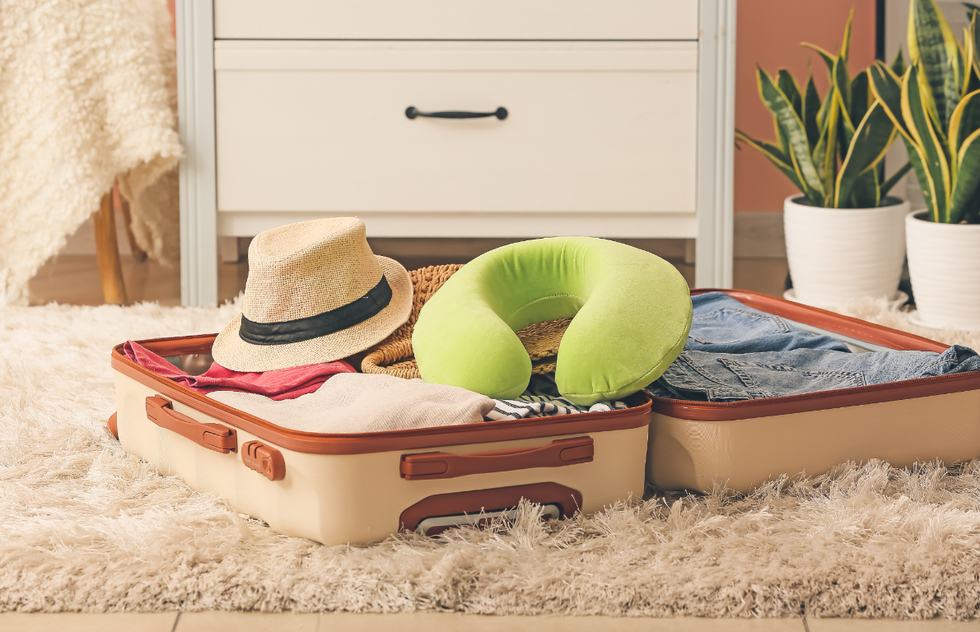 A TikTok user appears to have achieved the rare travel-hack trifecta, devising a trick that could save money, save space in a carry-on, and improve comfort levels on an airplane, all at the same time.

In a video viewed more than 10 million times (click here if you don't see the video below), Atlanta-based TikTokker Kristen Black shows herself making a DIY neck pillow out of some clothes she's traveling with before a Ryanair flight from Dublin to Paris.

The 20-second clip was first posted last fall but has resurfaced now in accordance with the mysterious patterns that viral videos follow. We see Black rolling up several pieces of clothing in a larger sweater, then using the sleeves to secure the bundle around her neck, et voilà! Paris here we come.

Not only does this trick clear up some room in your carry-on, but it could help you avoid excess baggage fees by lightening the load in checked luggage, too. In the clip, Black also saves baggage space by stuffing souvenirs in her coat pockets and under the wool hat she's wearing. (We're guessing you'll want to wait for winter to try out those tips.)

Black told the Daily Mail she got some "weird looks from other passengers" while she sported her makeshift pillow, but the airline crew didn't object. In fact, Ryanair commented on the TikTok post with an amusing "Bestie I'm scared."

The only thing that frightens us, along with several other commenters, is watching Black roll up her clothes on the floor of a busy airport. Surely there's a less filthy surface to use.

Still, Black's hack definitely deserves a tip of the hat, even if it means dropping the souvenir magnets and shot glasses we've stashed up there.