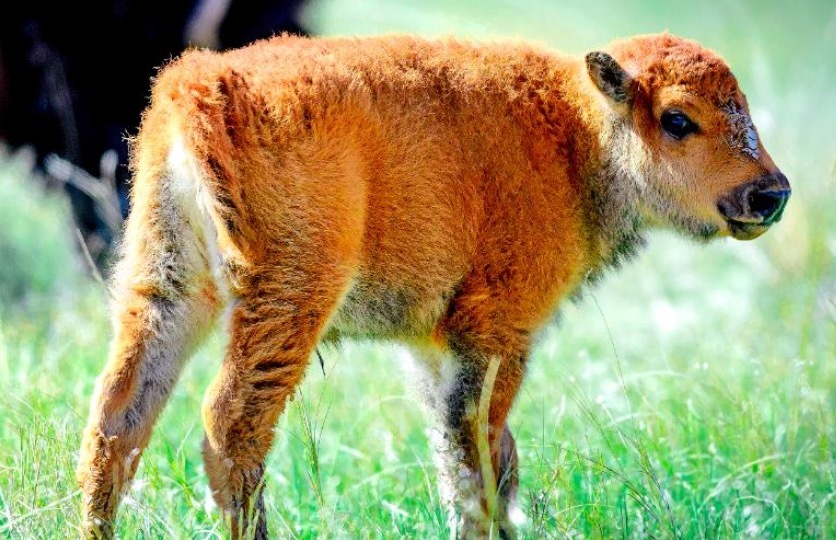 A bison would make a good mascot for social distancing. Though the woolly animals may look invitingly pettable, getting too close can have disastrous consequences for humans—as the National Park Service made clear last summer with its "Wildlife Petting Chart" illustrating the best parts of a buffalo to touch (there aren't any).

Q8 #ParkChat We also use social media to promote wildlife safety. Did you see our petting chart? What type of materials or initiatives do you think are most successful in educating the public about keeping wildlife wild? #FindYourPark
????: Best place to pet a bison? Nowhere! pic.twitter.com/UHVWvuetEM

So in one sense, maybe it's not such a bad thing that in 2020 the vast majority of us have no choice but to look at bison from afar.

That includes the newest members of the herd at South Dakota's Custer State Park, where some 1,300 buffalo roam across 71,000 wide-open acres.

Though the park remains open (with social distancing restrictions), the world's current situation inspired rangers to show off this spring's newcomers using the most responsible means possible.

In the below footage released by the park, 2020's first adorable, cinnamon-colored calves make their international debut.

As park staffer Mark Hendrix explains in the clip, bison calving season, which began earlier this month, reaches its peak near the end of April and the beginning of May. When it's over, the park expects to have nearly 500 new additions.