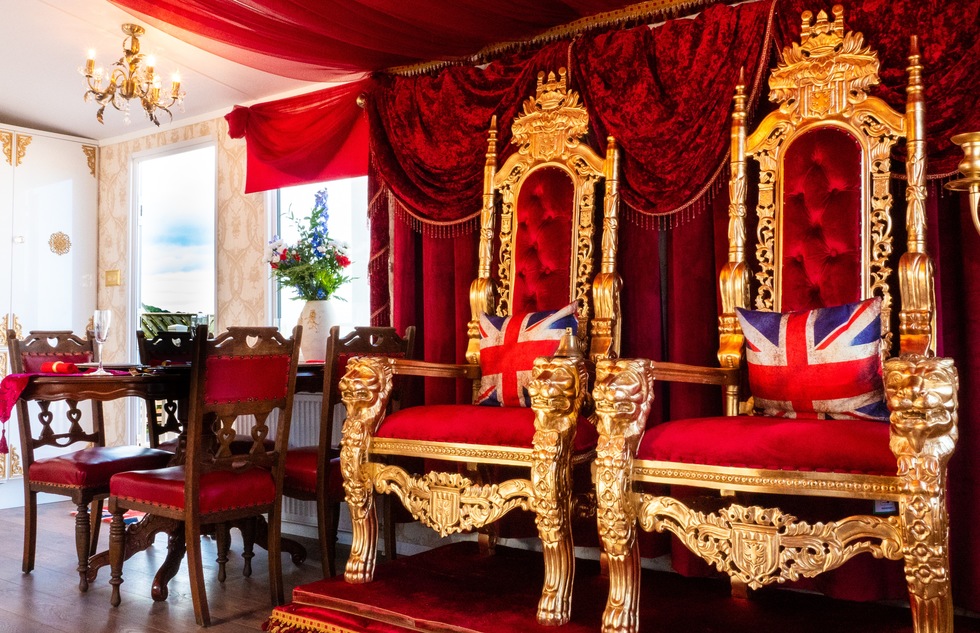 A rentable trailer home in England has been given the royal treatment.

Parkdean Resorts, which operates vacation cottages and campsites across the U.K., has unveiled a Buckingham Palace–themed unit at a retreat near Cayton Bay on England's northeastern coast.

Christened the Royal Caravan, the 2-bedroom trailer contains red velvet thrones, chandeliers in each room, Union Jack bric-a-brac, framed photos of Queen Elizabeth II and her extended family (corgis included), and lots of gold accents, from the filigreed kitchen cabinets to a pair of gold-plated toilets. 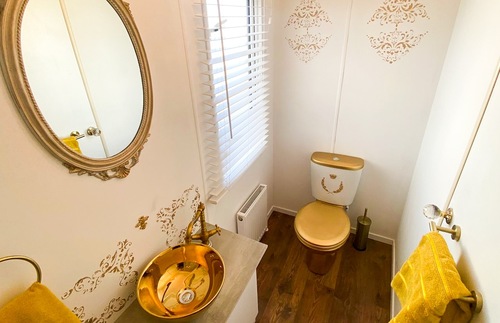 A Queen Elizabeth lookalike shows off the seaside digs in a promotional video walkthrough reminiscent of MTV Cribs.

In the two-and-a-half minute clip, we get a look at the twin beds in "William and Harry's room," see dead ringers for William and Kate drying dishes in the kitchen, and catch a glimpse of Liz sitting on the four-poster bed in the master bedroom—where the magic doesn't happen, she says. 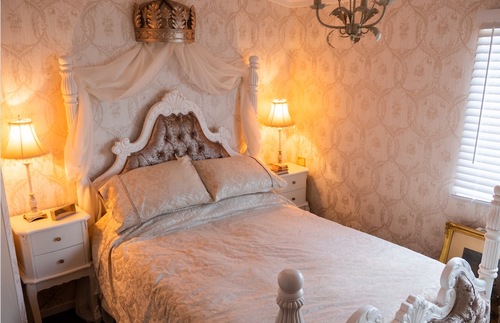 Bring along your dog and the noble pooch can lounge on a "royal dog bed" and sup from gold-plated bowls.

According to Parkdean Resorts, the trailer home's makeover cost somewhere in the neighborhood of $100,000. Rates won't overburden your personal treasury, however. Three-night stays start at £160 ($210). For four people, that comes out to about £13 ($17.50) per person per night. 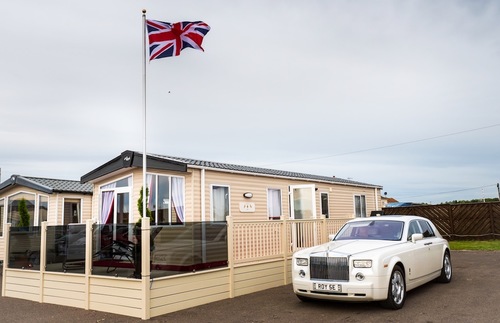 The U.K. currently requires in-coming visitors from the United States to self-quarantine for 14 days upon arrival—a prohibitive requirement for most travelers.

But one can always add the Royal Caravan to one's Royal Diary for future engagements.