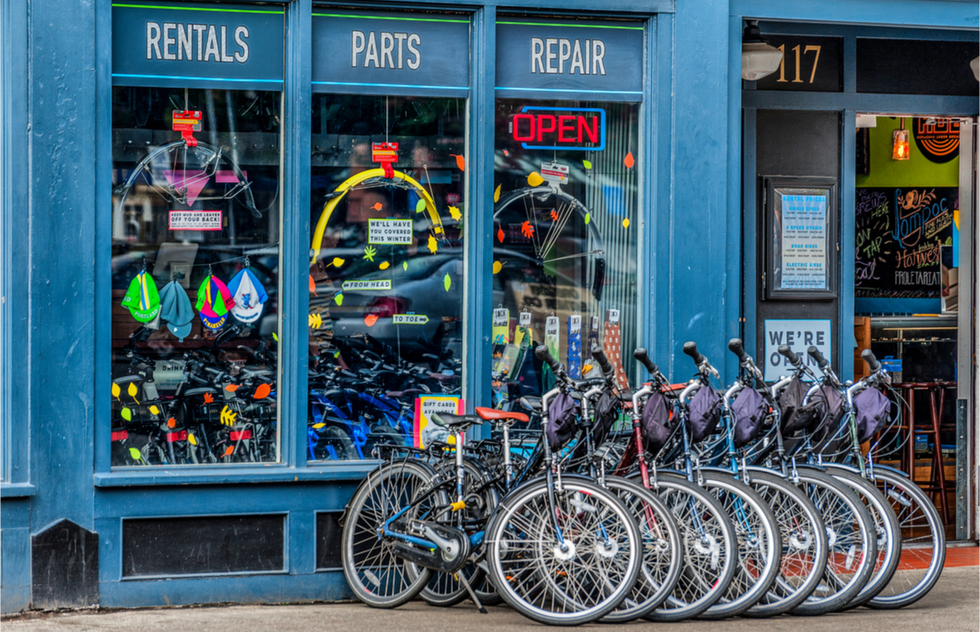 What Are the Best U.S. Cities for Cyclists?

With gas prices surging, car rentals remaining costly, and climate change nearing the point of no return due to fossil fuels, it's smarter than ever to find transportation alternatives to automobiles when we travel.

In many U.S. cities, bicycles are an excellent choice.

Improved cycling options are a boon to tourists, too.

In addition to the budgetary and planetary benefits mentioned above, biking lets you combine sightseeing with aerobic exercise. Plus, slowing down to pedaling speed better immerses you in the street life of a community than zooming past in a car.

Which places in the U.S. are best for cycling? Adventure travel company Explore Worldwide has published a new ranking of the country's top 50 cities for biking.

Not surprisingly, Portland, Oregon, landed at the top of the list.

Among the city's many bike-centric events: Pedalpalooza, an annual multiweek summertime celebration with dozens of themed rides showing off city views, street art, and nature. There are options for those in costumes and for those who prefer not to wear anything but a helmet.

Portland also has some of the most advanced pro-bike safety policies in the country. Riders get many miles of their own buffered lanes and even some clearly marked "bike box" intersections, where cyclists can turn right on a red light but drivers cannot—a crucial innovation when it comes to preventing collisions.

When the analysts considered only the country's largest cities by population, the top five were: Philadelphia, San Francisco, Chicago, Seattle, and New York City.

To come up with the rankings, analysts looked at data compiled by the National Highway Traffic Safety Administration, the League of American Bicyclists, the StreetLight Climate Impact Index, and PeopleForBikes.

Among the numbers crunched were the percentage of a city's streets with dedicated bike lanes, the number of bike commuters per capita, stats on cycling injuries and deaths, overall ridership, the availability of bike sharing programs, and climate info.

To see the full list and an interactive map of the winners, go to ExploreWorldwide.com.