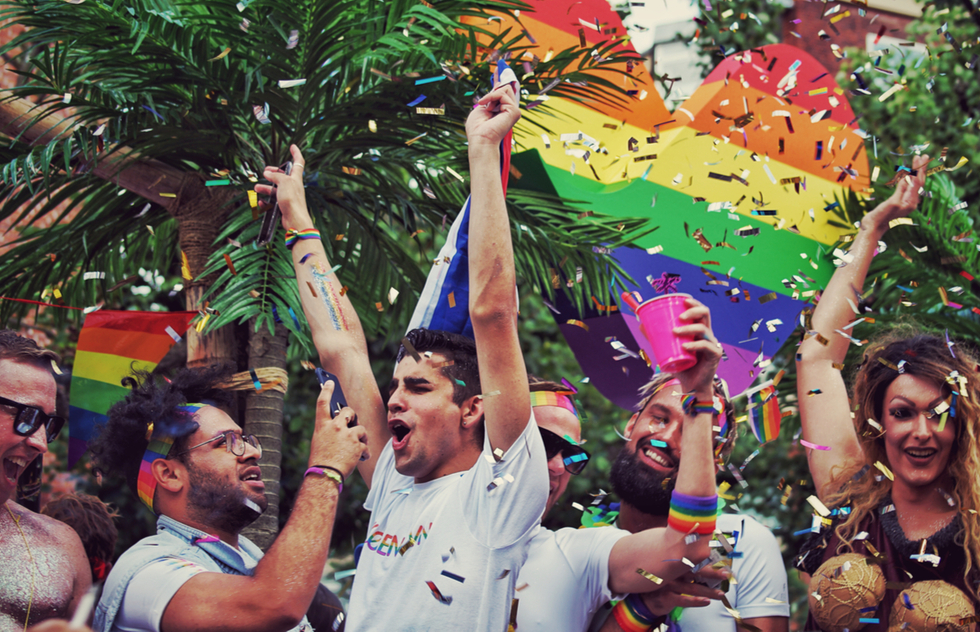 What's the Most LGBTQ+-Friendly Country in Europe? This Ranking Declares a Clear Winner

Travelers concerned with visiting places that protect the rights of LGBTQ+ people might want to circle Malta on the map.

The Mediterranean island nation received the highest score in this year's Rainbow Europe report, an annual ranking of European countries by how close they've come to achieving full LGBTQ+ equality.

Released each year since 2009 by the advocacy group ILGA-Europe (International Lesbian, Gay, Bisexual, Trans, and Intersex Association), the Rainbow index has now put Malta at the top of the list for seven years in a row.

On a scale of zero to 100, the Southern European archipelago rates a 92 from ILGA for setting the standard when it comes to enacting legislation that has, over the years, granted queer folks equal rights under the constitution, protected them from violence and discrimination, banned conversion therapy, legalized same-sex marriage, and respected the gender identity and expression of trans and intersex people.

Though not every country in Europe has as impressive a record in this regard, ILGA notes several positive rainbow-related developments across the continent in recent months.

Second-place finisher Denmark jumped up seven spots since last year, the report states, due to new anti-discrimination legislation and changes to hate crime laws. (Copenhagen's 2017 Pride celebration is pictured above.)

Iceland (in ninth place) got points for legislative recognition of trans parenthood. France came in seventh, in part due to banning conversion therapy. And Greece, Latvia, Slovenia, and other Southern and Eastern European countries earned shout-outs for seeing some legislative momentum for progressive LGBTQ+ measures after years of delays and setbacks. 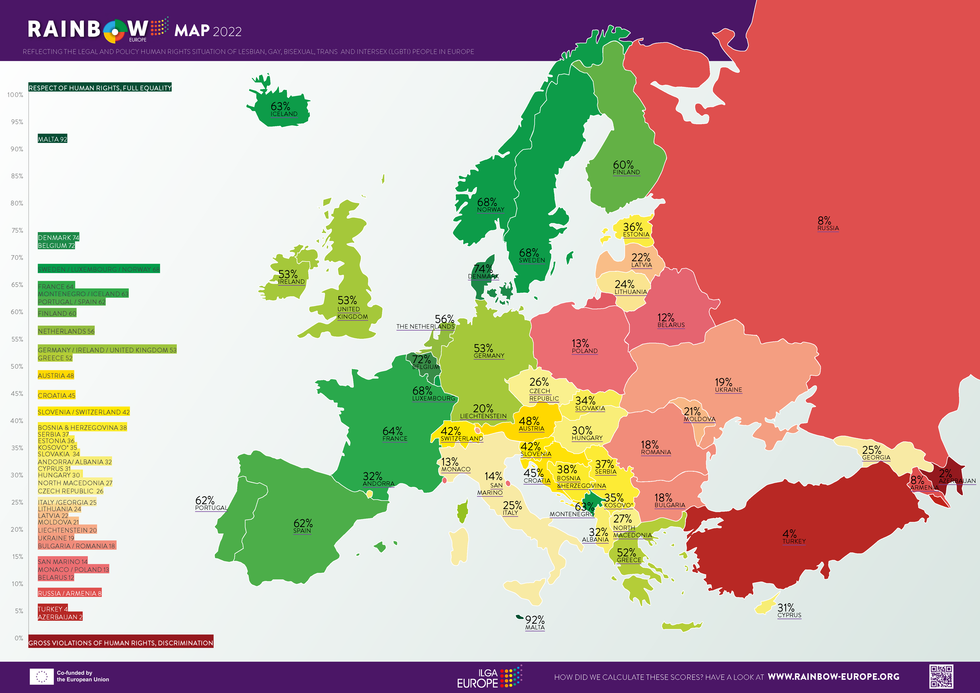 At the other end of the Rainbow report's spectrum, the former Soviet republic of Azerbaijan was, as in ILGA's previous two reports, given the lowest score—just 2.41 out of 100. The nation in the South Caucasus region has virtually no legal protections for LGBTQ+ people, who regularly face violence and discrimination there.

With a score of 13.07 out of 100, heavily Catholic Poland has the sixth worst ranking overall and the lowest score among European Union member states. But Romania (18.11 out of 100, the ninth worst score overall) is not far behind, owing to the efforts of political authorities to ban Pride events.

The United Kingdom had the largest drop among any other country on the list, slumping from 10th place to 14th for what ILGA sees as the British government's lack of interest in banning conversion therapy fully or enacting "long-promised" reforms relating to gender recognition—all amid an atmosphere of what the report calls "widespread political and media anti-trans sentiment."

If you're looking for a more queer-friendly travel destination, Malta bests the U.K.'s score by almost 40 points—and, let's face it, has better beaches.

To see the full Rainbow Europe 2022 ranking, go to ILGA-Europe.org.