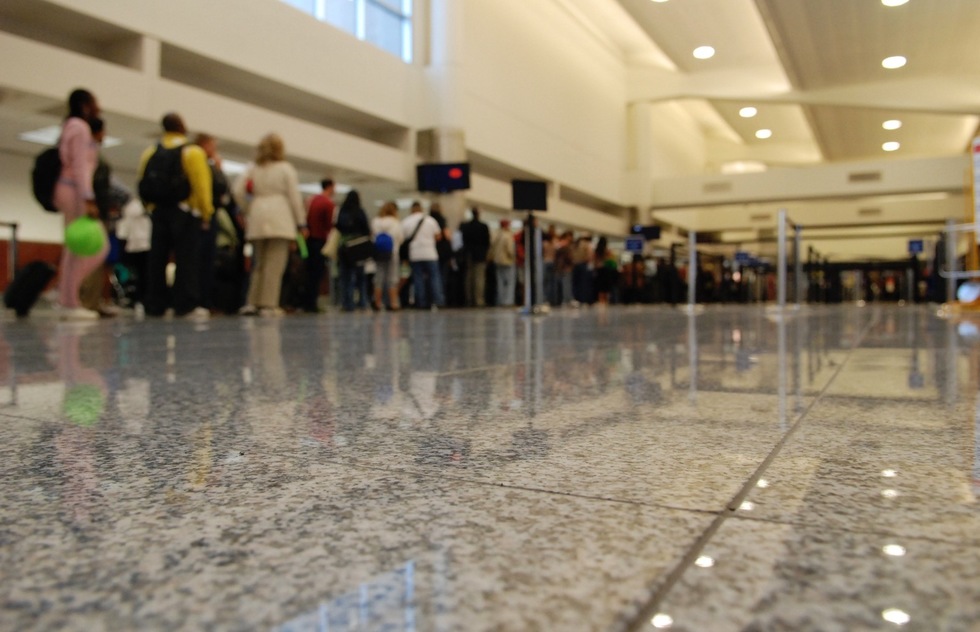 What to Do About TSA Delays Caused by Government Shutdown

The U.S. government's partial shutdown, now in its fourth smash week, has started to have a negative impact on airport security lines.

Transportation Security Administration (TSA) screeners aren't being paid during this month-long-and-counting lapse in federal productivity and rationality. On Friday, those workers missed their first paychecks since the shutdown began on December 22.

As an almost immediate consequence, the no-show rate among TSA employees spiked at the nation's airports.

"About one of every 13 screeners nationwide failed to report for work" on Monday, reports the New York Times, "compared with about one out of 30 a year ago."

That results, of course, in understaffed security checkpoints, leading in turn to longer lines and wait times for passengers.

An inadequate number of TSA screeners forced Miami International Airport to close a concourse over the weekend (it has since reopened—for now). Houston's George Bush Intercontinental Airport shuttered a terminal on Monday for the same reason.

D.C.'s Washington-Dulles International Airport, which also had to deal with significant snowfall from a winter storm on Sunday, had to close a security screening lane, too.

A Dulles spokesperson told the Times that wait times were under 15 minutes nonetheless.

It was a different story at the world's busiest hub, Hartsfield-Jackson Atlanta International Airport. According to the Associated Press, security wait times on Monday morning were more than an hour at all three checkpoints in the domestic terminal.

Since the government shutdown looks like it's going to drag on and on whether we like it or not (kind of like NCIS), it's wise to prepare yourself for similar delays at airports across the country.

Here are some tips to follow so you don't miss your flight.