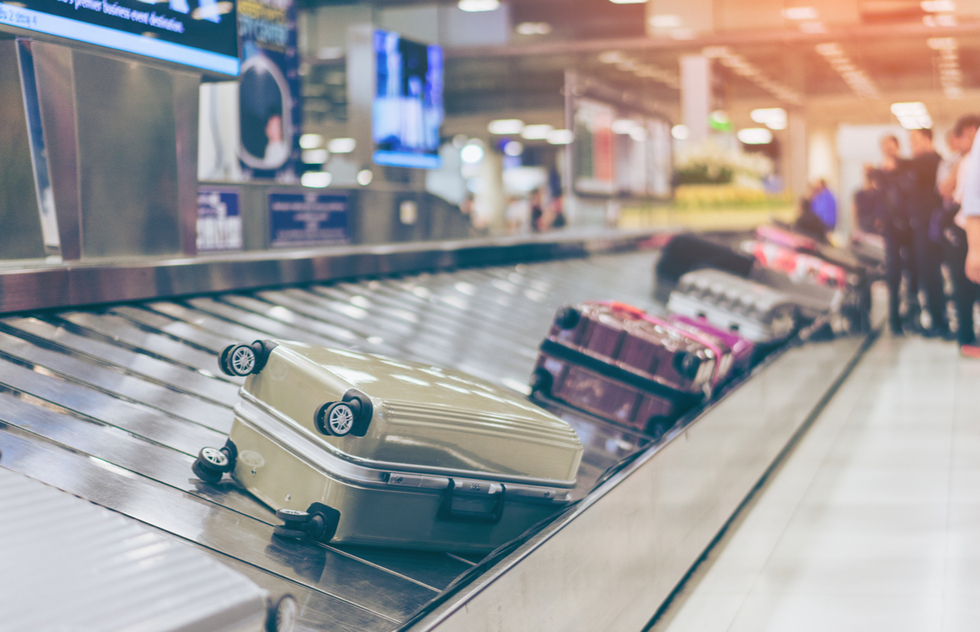 Which U.S. Airline Takes the Best Care of Luggage?

U.S. airlines carried about 224 million checked bags in the second half of 2021—a significant increase from the 159 million bags checked from January through June.

Inevitably, the number of bags mishandled by airlines went way up, too, from just under 700,000 in the first half of 2021 to 1.25 million in the year's latter half, according to figures released by the U.S. Department of Transportation.

In the federal agency's monthly Air Travel Consumer Reports, mishandled luggage is defined as "a checked bag that is lost, delayed, damaged, or pilfered, as reported to a carrier by or on behalf of a passenger."

In a twice-yearly report, LuggageHero, the network of luggage storage locations, takes the Transportation Department's data and breaks it down by airline to find which U.S. carriers have the best and worst records when it comes to taking care of passengers' checked belongings.

In order to compare aviation behemoths with smaller and regional airlines, the report calculates each company's number of mishandled bags per 1,000 on board.

For both halves of 2021, LuggageHero's analysis found that Allegiant Air had the best score for luggage handling. 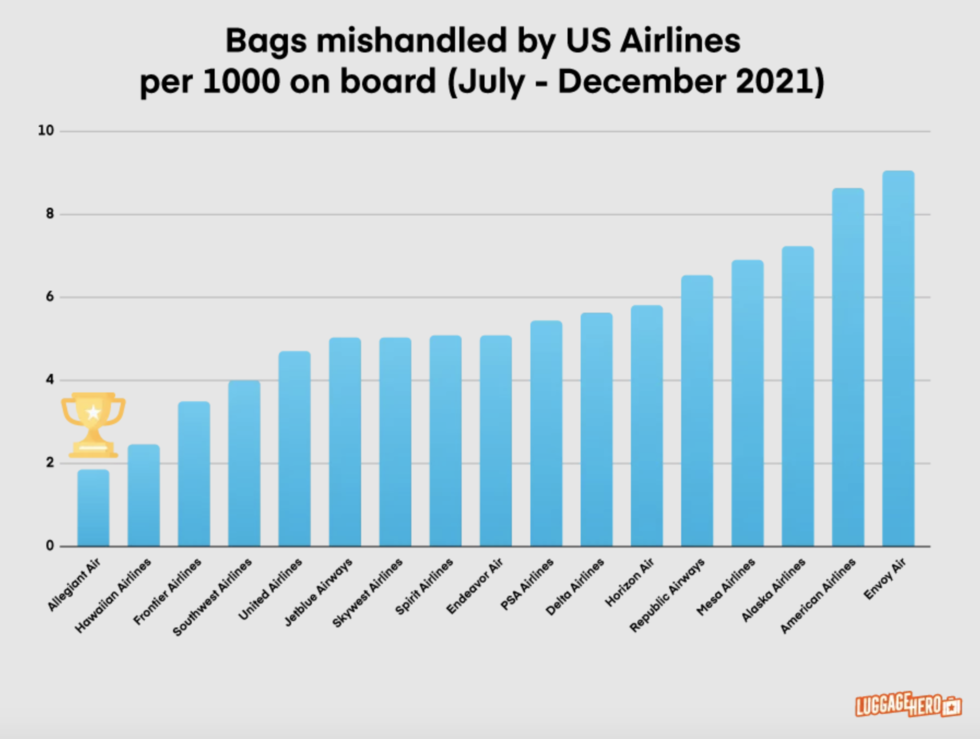 The no-frills carrier lost, damaged, or delayed just 1.85 bags per 1,000 in the second half of 2021, according to LuggageHero. In fact, Allegiant has landed in the report's top spot for the past four years in a row.

Not that you're going to be exactly thrilled to check a bag with Allegiant. The carrier's business model is based on offering ultra-low starting fares and then going nuts with fees for everything else.

Allegiant's checked-bag fees (starting at $50 if you wait to pay at the airport) are higher than the industry norm, and, for good measure, the company charges for carry-ons, too.

But hey, at least Allegiant gets your stuff to your destination—and in one piece.

Envoy had 2021's worst luggage record from January to June and again from July to December, when the carrier mishandled 9 out of every 1,000 checked bags.

American came in next-to-last in both reports as well. In the second half of 2021, the country's largest airline lost or damaged 8.62 bags per 1,000.

Among the U.S. airlines that carry the most passengers, Southwest Airlines had the best luggage-handling record on LuggageHero's latest report, placing fourth overall. Next came United Airlines in the fifth spot.

To see the full report, go to LuggageHero.com.