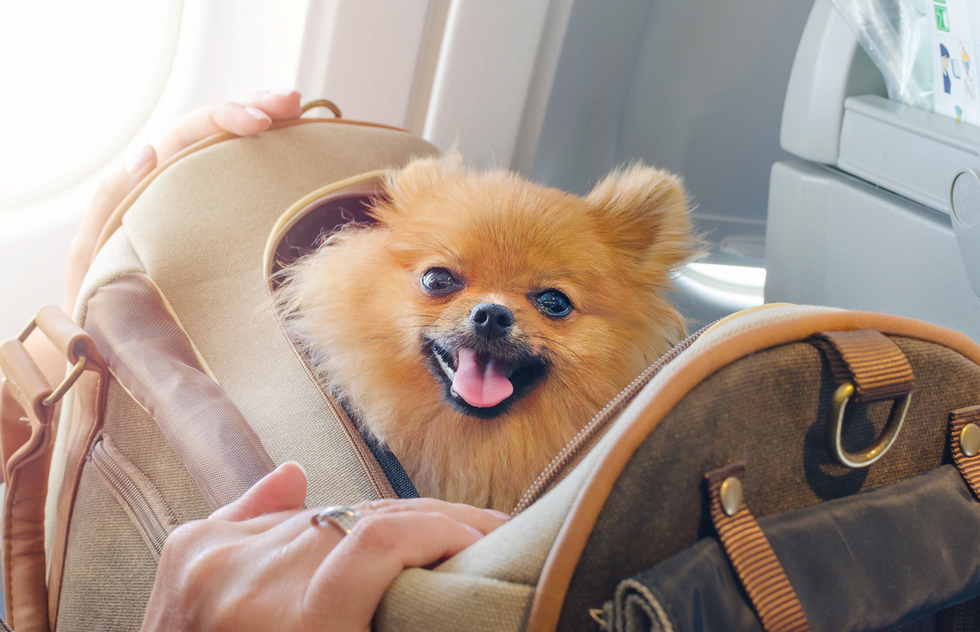 Why Your Dog Can’t Fly into the U.S. from More Than 100 Countries Right Now

Pandemic lockdowns prompted a surge in pet adoptions as Americans stuck at home scoured the internet for furry friends to relieve the monotony.

When local shelters don't have any dogs to spare, you can always broaden your search to include international canines, but not all pooch importers are honest about the pup's health records.

In 2020, as a matter of fact, the Centers for Disease Control and Prevention saw a 52% increase compared to the previous two years in dogs brought into the U.S. with incomplete, inadequate, or fraudulent rabies vaccination certificates from places at high risk for the fatal and contagious disease.

For that reason, the CDC issued a temporary ban earlier this year on importing dogs from more than 100 high-risk countries in Africa, Asia, the Caribbean, Central and South America, Eastern Europe, and the Middle East. (Click here to see the complete list of 112 countries.)

But here's the part that could affect your holiday travel plans: The ban, which is expected to last at least a year, applies not only to international travelers attempting to enter the U.S. with dogs, but also, according to the CDC, to Americans "traveling out of the United States and returning with [their] dog[s] after a temporary visit, such as a vacation or holiday."

It doesn't matter whether your dog is up-to-date on rabies shots, and even service animals need special permission to return from a high-risk country.

If you take your pet on a trip to one of the places on the CDC's list anyway, the agency warns, the animal may not be allowed back into the United States. Can you think of a worse way to ring in the new year?

The CDC estimates that only 6% of all dogs that enter the U.S. come from countries on the high-risk-for-rabies list, but the international roll call does include several popular vacation destinations and places that can be reached by relatively short flights from American airports. The Dominican Republic, Belize, Guatemala, and Colombia are all on the list.

Other nations subject to the dog ban include China, India, Brazil, Kenya, and Vietnam.

It is possible to apply for a CDC Dog Import Permit to circumvent the ban, but permits are being issued on an "extremely limited basis" and requirements are stringent. Among other things, dogs must be microchipped, have vaccine documentation from an approved lab, and enter only via certain U.S. airports, reports the New York Times.

The wiser course of action for any American planning to travel outside of the country with a dog over the coming months: Find out if your vacation destination is on the CDC's list, and if it is, start looking for pet sitters.