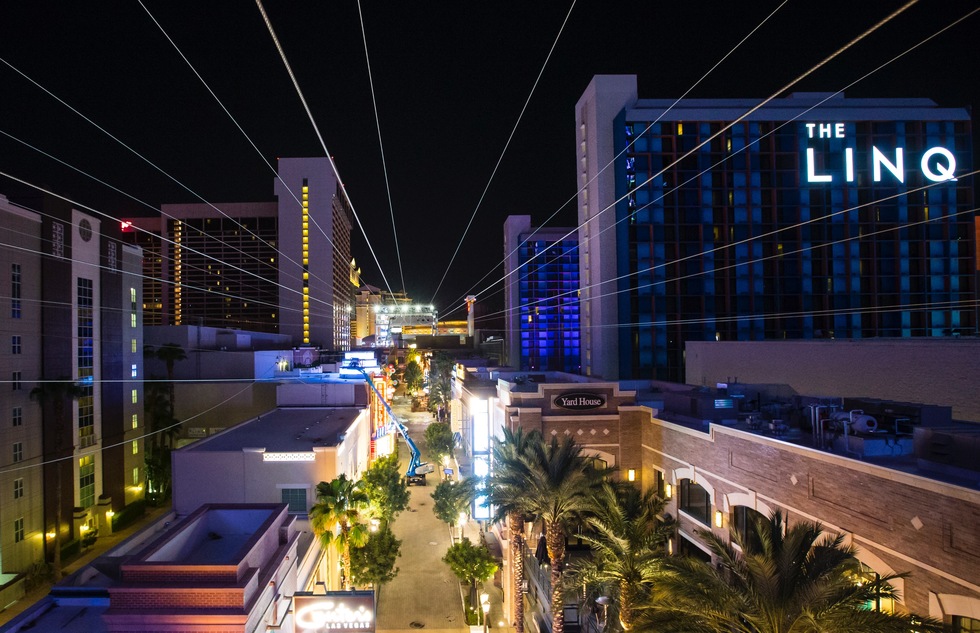 Would You Fly on Wires High Above Vegas? You Can!

Starting in November, you'll be able to ride a zipline high over the Las Vegas Strip—a first for Sin City, where daredevils have previously had to limit themselves to off-Strip zips such as the ones at the downtown Fremont Street Experience and the Rio resort.

But the new Fly LINQ attraction launches from the LINQ Hotel & Casino, which has an honest-to-goodness South Las Vegas Boulevard address.

Riders will ascend a 114-foot-tall tower by elevator before being sent, like a quick-moving clothespin on a laundry line, on a 1,121-foot-long journey above the LINQ Promenade, an open-air shopping, dining, and entertainment complex. (All LINQ sites are operated by Caesars Entertainment.)


Fly LINQ can release up to 10 side-by-side ziplines at once, which is why the photo at the top of this post looks like it was shot in Spider-Man's wake.

And speaking of superheroes, you can take the trip from a seated position or on your belly, as if flying over the city looking for villains to thwart.

The ride ends at the base of the High Roller observation wheel.

Though the opening of Fly LINQ is still several weeks away, you can buy tickets online now, starting at $20 (rates vary for day and nighttime flights). The earliest date available as of this writing is Friday, November 9.
advertisement 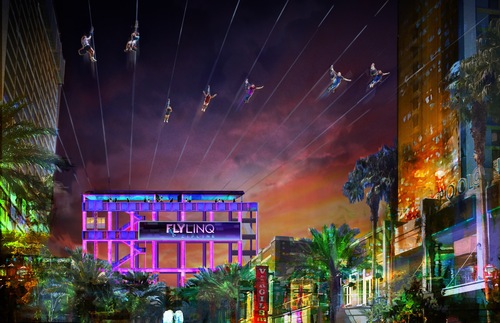