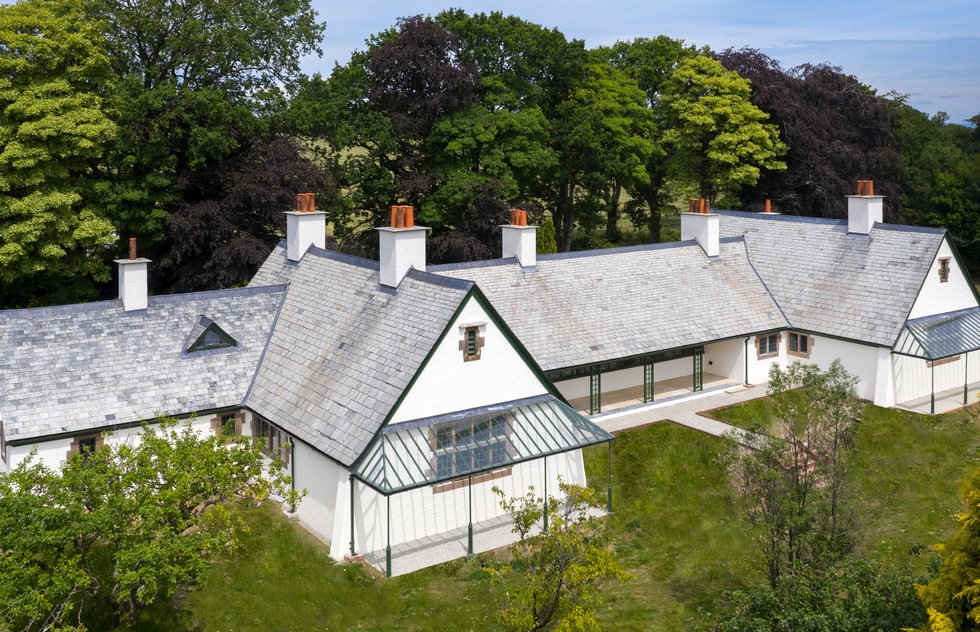 Over time, these mini medical centers were either absorbed by the United Kingdom's public health care system or abandoned for more modern facilities.

In the tiny village of Beaworthy in southwestern Devon, one cottage hospital has been meticulously restored and converted to a vacation rental that can accommodate up to six guests.

In its original iteration, Winsford Cottage Hospital opened in 1900. Designed by Arts and Crafts architect C.F.A. Voysey, the building had three wards—one each for men, women, and children. During World War I, the place was used to treat sick and wounded soldiers, who could spend their convalescence looking out from sunny porches at the green Devon countryside.

Having fallen into disrepair after closing in 1998, the hospital has now been refurbished by the Landmark Trust conservation group, which spent £1.5 million ($2 million) fixing the slate roof, replacing broken windows, and making other improvements. A fresh coat of paint brought back the white-and-green color scheme of the World War I years.

The building's striking original features include fireplaces and air-vent covers decorated with hearts, trees, and birds. Along with four simply decorated bedrooms, the building has a library, a formal dining room, a kitchen, three bathrooms, and a lounge with overstuffed couches. According to the Guardian, there is no television or Wi-Fi.

The peaceful property sits near a forested nature reserve in Halwill Junction and is less than an hour's drive west of Exeter's Gothic cathedral, Norman castle, and medieval underground passages.

A 4-night stay at Winsford Cottage Hospital can be booked through the Landmark Trust's website for £488 ($630). For six people, that comes out to a little more than £20 ($26) per person per night.