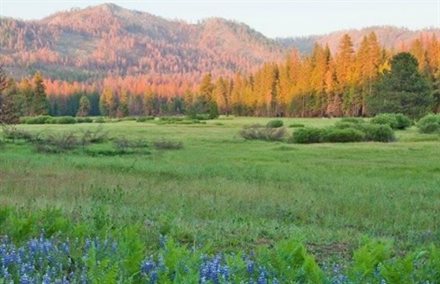 Thanks to a donation of land from private owners, Yosemite now includes Ackerson Meadow, a green expanse surrounded by pine trees and inhabited by wildlife including the endangered great grey owl.

Donors Robin and Nancy Wainwright say they passed up a lucrative offer to turn the land into a resort, choosing instead to allow all Yosemite guests the chance to spot bears loping through the grassy meadow or springtime wildflowers blanketing the rolling hills.

Critics—and there were some, given that publically held land has become a politically contentious issue—say they'd prefer the acreage be used for cattle grazing and logging, as it's been used in the past.