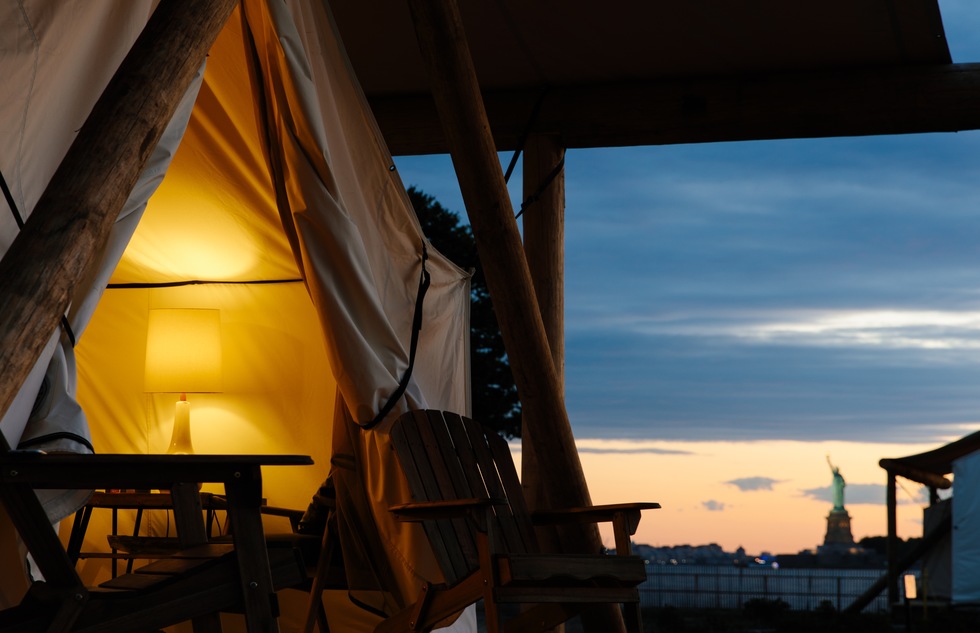 You Can Now Go Glamping on NYC's Governors Island

A secluded campground has opened in New York City.

There are no typos in the preceding sentence.

A grouping of 37 tents can now be found on Governors Island, a 172-acre piece of land floating between Lower Manhattan and Brooklyn. Once an Army and Coast Guard outpost, the redeveloped isle is partly a national monument and partly a setting for concerts, art exhibits, and other events open to the public.

As of this summer, you can go camping there, too.

But you won't be roughing it. Operated by glamping pros Collective Retreats, these are luxury tents outfitted with plush beds, electricity, coffee bars, and Wi-Fi. The largest and most expensive accommodations, Summit tents, have their own en-suite bathrooms and private decks. Those staying in the smaller Journey tents have to share bathrooms with other guests. 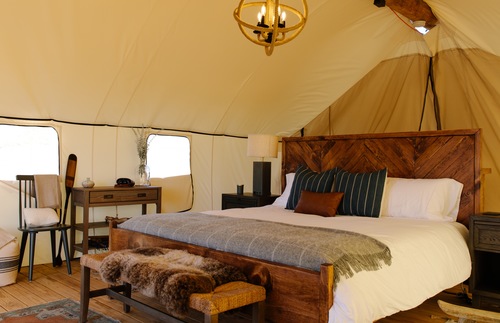 There's also a new steak-and-seafood restaurant for campers (as well as day trippers). And best of all, since Governors Island is only accessible by ferry, those staying at the campground have the spot—and its views of the Statue of Liberty—all to themselves when the boats aren't running between the evening and early morning.

One thing to keep in mind: Governors Island is currently a seasonal destination you can only visit about half of the year (roughly the end of May through October). The campground will be closed out of season.

That could change someday, though. Michael Samuelian, president and CEO of the Trust for Governors Island, told the Associated Press that the ultimate goal is to welcome visitors year-round—not only to the campground but also to a full-scale hotel.

Those who would like to spend the night in the meantime can visit the website of Collective Governors Island for more information.