Thank you for subscribing!
Got it! Thank you!
Home›Deals & Bookings›Car Rentals›Can't Find an Affordable Rental Car? Try These Alternatives You May Not Have Thought Of 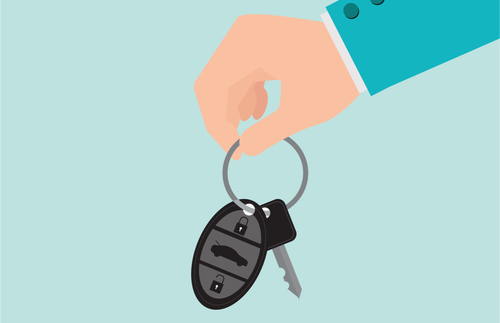 Can't Find an Affordable Rental Car? Try These Alternatives You May Not Have Thought Of

When mainstream rental car companies don't come through, you might have to get creative. These other ideas for rented wheels could save you money.

Rental car prices have been causing vacation budgets to crash and burn recently—if you doubt it, just read our article exposing the sharp uptick in rates.

You already know about options such as public transportation and Uber, but you might not have considered the following five alternatives.

Claiming to be the largest of all the car sharing sites, Turo hooks up car owners with potential renters across the United States and the globe.

If you've ever rented a vacation home through Airbnb, you'll feel comfortable with Turo's interface, which is similar: The traveler inputs her dates and location to trigger the appearance of a map, which lists all of the potential cars to rent. Click each car to see photos, details (like type of transmission, number of doors, and miles per gallon), and special requirements, such as whether renters have to be older than 21.

I found a full range of cars when I explored the site. Most importantly, the user reviews are seemingly uncensored, which can tell a lot about both the vehicles and the experience. One Hyundai Sonata, which caught my eye at just $40 a day in the high-priced city of New York, was described by one previous renter as "dirty inside and out"—uh oh! But another renter had only raves for the same car and owner.

A final key bit of information is helpfully surfaced on Turo: whether the traveler will have to pick up the car from the location listed or if the owner is willing to deliver it to an airport or other place. In many cases, the car's owner and the renter have to figure out a way to rendezvous for the key handoff.

All of it feels like a good idea, but some cities have more inventory available than others. In Paris, France, I found only two dozen choices, but in Chicago, the list of options went on and on.

Because the service is relatively new, Lyft is offering a lot of consumer-tickling freebies like complimentary child seats and ski racks, and waived fees for second drivers. The rental contract also promises to take care of filling the gas tank upon return at local rates, with no additional fees (hooray!).

Lyft is starting with a two-pronged approach. It's sending customers to its own fleet and also showing prices and cars from the Sixt rental agency. If you rent a vehicle directly from Lyft, a free ride to its parking lot is part of the package. In Los Angeles, the rates for Lyft Rentals appeared to be on par with the mainstream competition rather than a deeply discounted deal.

Some of Lyft's locations are also already sold out weeks ahead, so right now, this one works better with advance planning.

In business since 2000, Zipcar offers car rentals by the hour, not just by the day. The service is available across the United States plus in an assortment of other countries: Canada, the United Kingdom, Taiwan, Turkey, Costa Rica, and Iceland. In the U.S., cars are often stored on or near university campuses, as the company has deliberately targeted the college market.

Because the app was originally conceived for short-term rentals, it shows cars with instant availability. Vehicles are often parked in a place (like a garage) where an onsite staff can manage the keys.

Zipcar's system has pluses and minuses. I can tell you from personal experience that sometimes the cars I've picked up from Zipcar have clearly not been cleaned between riders, and I once was assigned a car with less than a quarter of a tank of fuel left. I also once showed up to start a drive only to find that the previous renter was late in returning it, leaving me stranded.

A final consideration: Zipcar has a membership model. Travelers pay either a monthly or an annual subscription fee ($7 monthly, $70 annually) plus hourly and/or day rates accrued per rental. For someone who needs a car just once or twice a year, this obligation may not make sense. But if you can't find a rental car using the normal method, you might think the membership fee is worth it to get you out of a jam.

I can thank my daughter for finding this hack. When she was 19, she reserved a rental car in Montana only to find, upon arriving at the counter, that the agency refused to rent to anyone under 21. Apparently this is a common snafu, so the agent suggested she and her traveling companion head to U-Haul, where the minimum age to rent is only 18. My daughter was able to rent a van for less than the car would have cost.

The van had hard, uncomfortable seating and the kids got a major grilling at the Canadian border when they tried to enter the country with an empty van. But all hassles were forgotten during a driving rainstorm, when they were able to abandon their leaky tent and camp inside the van for the night.

A pilot program from Hyundai, this new car sharing service uses an app to allow drivers to pick up and drop off cars wherever they want (within a certain range). Yup, we'll soon have motor vehicles littering our cities the same way those annoying electric scooters do. (OK, not quite, because there are "approved parking spots" for Mocean cars. But close.)

The Mocean Carshare app is also used to start the ignition of the vehicles, all of which are keyless (and eco-friendly) hybrids. The company hopes to use fully electric cars in the near future.

Right now, the only place to try the system is Los Angeles, but if it's successful there, perhaps it will become another real option for travelers.

Frankly, I don't think the current car rental crisis will be solved anytime soon—which just might light a fire under the development of more alternative travel products like these.