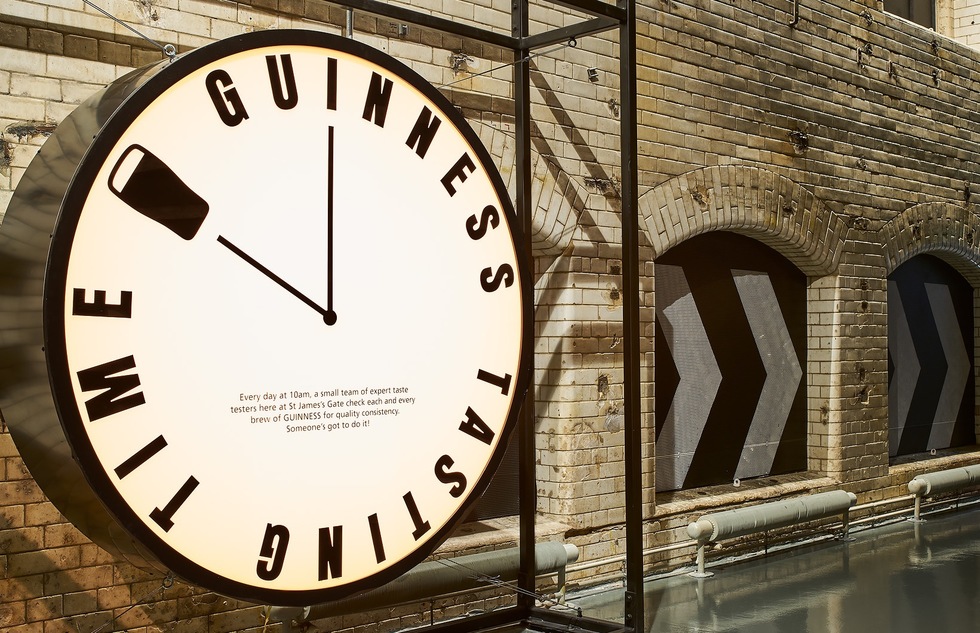 This onetime fermentation plant is now the most visited attraction in Ireland, drawing more than 1.7 million tourists annually—more people than Dublin has residents. Located near the famed Guinness brewery founded by Arthur Guinness in 1759, the Storehouse, which opened to the public in 2000, is a slick and modern temple to the beloved stout, with a modern exhibit that spirals up seven floors centered on an atrium intended to look like a giant pint glass.

An exhaustive account of company history and the brewing process details Guinness brewers' innovative tinkerings with hops, barley, yeast, and nitrogen bubbles, though the most entertaining part of the experience is probably the large collection of Guinness advertising memorabilia on level three. Alongside representations of corporate mascots such as the Guinness toucan you'll find vintage TV commercials and print ads, including early attempts to pitch the product as a health drink.

There are also culinary venues and, for extra charges, tutorials on pouring the perfect pint, special tastings in the swanky Connoisseur Bar, and other special programs. The price of admission gets you a complimentary pint in the dazzling top-floor Gravity Bar, where you can sip your suds amid spectacular views of Dublin from floor-to-ceiling windows.

View our full list of Attractions in Dublin
advertisement