Lincoln Center for the Performing Arts 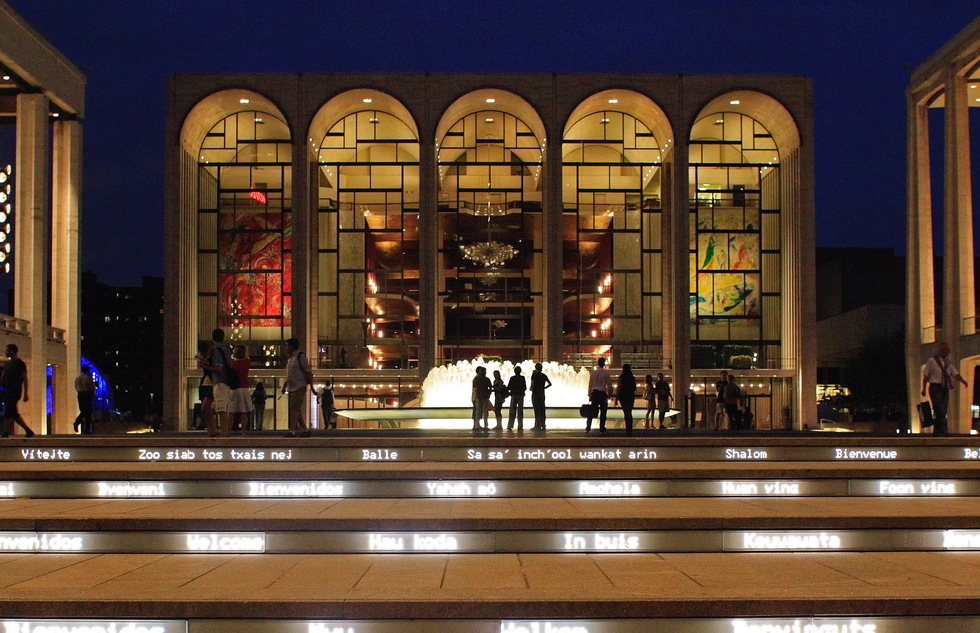 New York is the world’s premier performing-arts city, and Lincoln Center is its foremost institution. If you’re planning an evening’s entertainment, check the variety here, which can include opera, dance, symphonies, jazz, theater, film, and more—from classic to contemporary. Lincoln Center’s many buildings serve as permanent homes to their own companies as well as major stops for esteemed international performance troupes.

Resident companies include the following: The Chamber Music Society of Lincoln Center (tel. 212/875-5788; www.chambermusicsociety.org) performs at Alice Tully Hall or the Daniel and Joanna S. Rose Studio, often in the company of high-caliber guests. The Film Society of Lincoln Center (tel. 212/875-5600; www.filmlinc.com) screens a daily schedule of movies at the Walter Reade Theater, and hosts notable film and video festivals, as well as the Reel to Real program for kids that pairs silent screen classics with live performance. Lincoln Center Theater (tel. 212/362-7600; www.lct.org) consists of the Vivian Beaumont Theater, a modern, comfortable venue with great sightlines that has been home to much good Broadway drama, and the Mitzi E. Newhouse Theater, a well-respected Off-Broadway house that has also boasted numerous theatrical triumphs. Past seasons have included acclaimed productions of Tom Stoppard’s Arcadia, My Fair Lady in revival with Lauren Ambrose, and the Tony Award–winning Light in the Piazza—and more are sure to come.

Most of the companies’ major seasons run from about September or October to April, May, or June. Special series such as Great Performers and the new American Songbook, showcasing classic American show tunes, help round out the calendar. Indoor and outdoor events are held in warmer months: July sees the Midsummer Night’s Swing, with partner dancing, lessons, and music on the plaza; August’s Mostly Mozart attracts such talents as Alicia de Larrocha and André Watts; Lincoln Center Out-of-Doors is a series of free alfresco music and dance performances; there’s also the New York International Film Festival, and more. Check Lincoln Center’s website to see what special events will be on while you’re in town.

Tickets for performances at David Geffen Hall and Alice Tully halls can be purchased through CenterCharge (tel. 212/721-6500) or online at www.lincolncenter.org (click on “Event Calendar”). Tickets for all Lincoln Center Theater performances can be purchased thorough Telecharge (tel. 212/239-6200; www.telecharge.com). Tickets for New York State Theater productions (New York City Opera and Ballet companies) are available through Ticketmaster (tel. 212/307-4100; www.ticketmaster.com), while tickets for films showing at the Walter Reade Theater can be bought up to 7 days in advance by calling tel. 212/496-3809. For last-minute ticket-buying tips, consider “rush” tickets or a box-office pop-in.

Daily 1-hour guided tours of Lincoln Center tell the story of the great performing-arts complex, and even offer glimpses of rehearsals for $15 adults, $12 students and seniors, and $8 children.

The Lincoln Center campus is vast—so much so it even applies to venues outside its borders, as is the case with Jazz at Lincoln Center, which resides a few blocks south in the Time Warner Center at Broadway and 60th Street (tel. 212/258-9800; www.jalc.org). Though technically the move was downtown (by a few blocks), it was definitely a move up. Its complex spans several floors of Time Warner’s northern tower, featuring two amazing performance spaces, a jazz club, a mini jazz hall of fame, and a 7,000-square-foot atrium with views of Columbus Circle and Central Park.

The largest of the three venues is the Rose Theater, where you might see the incredible Jazz at Lincoln Center Orchestra with Wynton Marsalis. Acoustics are perfect and seating is spacious. The jewel of the Center is the Allen Room, with its 4,500-square-foot glass backdrop behind the main stage offering glittering views of Central Park and the Manhattan night sky. Hard to believe that what was once played in smoky basements is now presented in venues as spectacular and opulent as these.

Also at Jazz at Lincoln Center is Dizzy’s Club Coca-Cola, a stylish, intimate jazz club that's open every day and has a terrific Southern-inspired dinner menu.