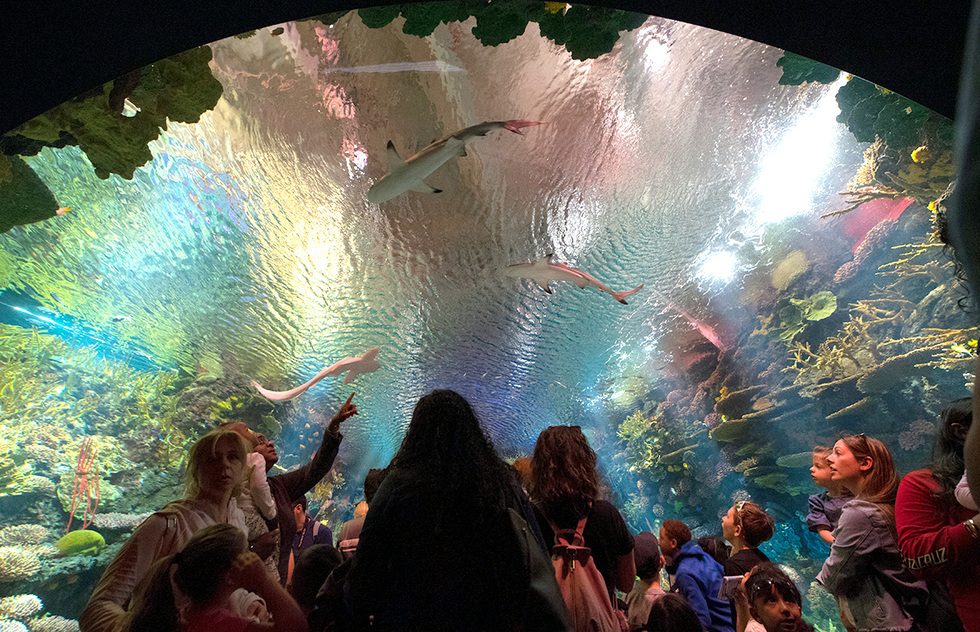 In 2012, the surge from Hurricane Sandy effectively swamped the New York Aquarium. Its sea lions, and most of the other aquatic critters, were able to surf the storm unhurt, but the buildings were heavily damaged, new construction was put on hold, and, until recently, visitors were only able to see 40% of the exhibitions here. That changed in the summer of 2018, when the whizbang Ocean Wonders center opened. Dedicated to sharks, and the Grand Canyon-deep underwater "Hudson Canyon" that’s just 40 miles off the coast of the city, this new center doubled the amount that there was to see and do at the aquarium. Along with great whites, leopard sharks, giant rays and other sealife in massive, walk-throughable tanks, it holds dozens of educational-but-not-preachy interactive exhibits on sustainable seafood, ocean trash, and the importance of sharks to the eco-system. On its roof is an open-air café where adults can relax while their kids play with the "touch tanks" just steps from the tables. In addition to Ocean Wonders (truly a wonder), there’s a show where you’ll see sea lions perform; outdoor pools where black-footed penguins, seals, and sea otters cavort; and Conservation Hall which has massive Amazonian river fish on display, among other sealife.