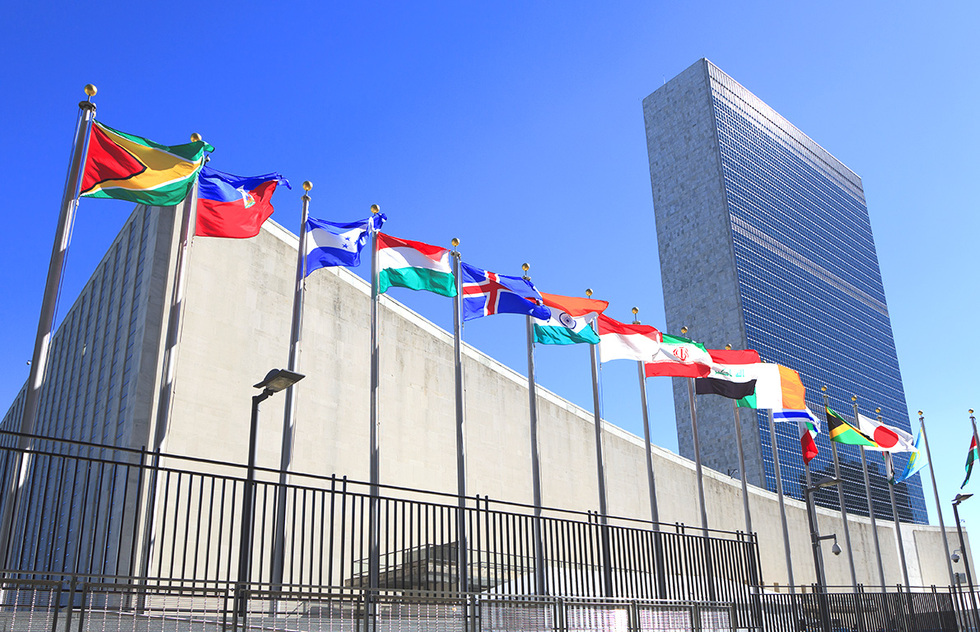 Neighborhood Midtown East Hours Weekday tours 9am–4:45pm; weekends Visitor Center access only, 10am–4:30pm Transportation Subway: S, 4, 5, 6, 7 to 42nd St./Grand Central Phone 212/963-8687 Prices Guided tours $22 adults, $15 seniors and students, $13 children 5–12 Web site United Nations Other Children 4 and under not permitted. Guided tours may be canceled when heads of state are speaking and tend not to take place in Sept and Oct when the General Assembly is in session

It’s this seven-block stretch of international territory that makes New York City the capital of the world. No, really. It’s become fashionable of late in some political circles to denigrate the U.N. Though some reform is obviously necessary, a tour here will remind you of just how much the United Nations has done since its inception. It was founded, after all, with the express purpose of ensuring that there would never be another world war, and it has accomplished that, no small task. Perhaps more importantly, a visit here will remind you of how much potential the U.N. still has for effecting meaningful progress in numerous fields, from the elimination of disease and poverty to the resolution of ethnic conflicts.

Those who take the hour-long tour will visit not only the General Assembly (where Khrushchev once famously pounded his shoe in anger) and the Security Council, but the less well-known Economic and Social Council Room that oversees the work of UNICEF, the World Health Organization (WHO), and 28 other U.N. programs of development. (Little-known fact: It’s thanks to recommendations by the WHO that most countries have expiration dates stamped on milk.) It’s in this room that officials are working to create standardized tests for avian flu, vaccinate the world’s children against polio, and promote the cause of world literacy. The Nobel Peace Prize won by the U.N. Peacekeeping forces in 2001 is displayed just outside the council room, along with an enlightening exhibit on the important work these troops are still doing throughout the world.

Along with the interior rooms, visitors view the lobby of the General Assembly building, with its free, changing exhibits (photojournalism mostly), meditation room, and the memorial stained-glass window Marc Chagall created for former Secretary General Dag Hammarskjöld in 1964 (to the right of the entrance). An international gift shop with trinkets from across the globe and the U.N. post office are in the basement.

Important note: Due to increased security measures, the U.N. no longer allows on-the-spot ticket purchases for the tour. Only those who have purchased a ticket in advance online will be admitted into the building Mondays through Fridays (on the weekends, visitors can see the visitor center without a ticket but there are no longer tours on weekends). Many days sell out entirely, so buy your tickets as far in advance as possible.