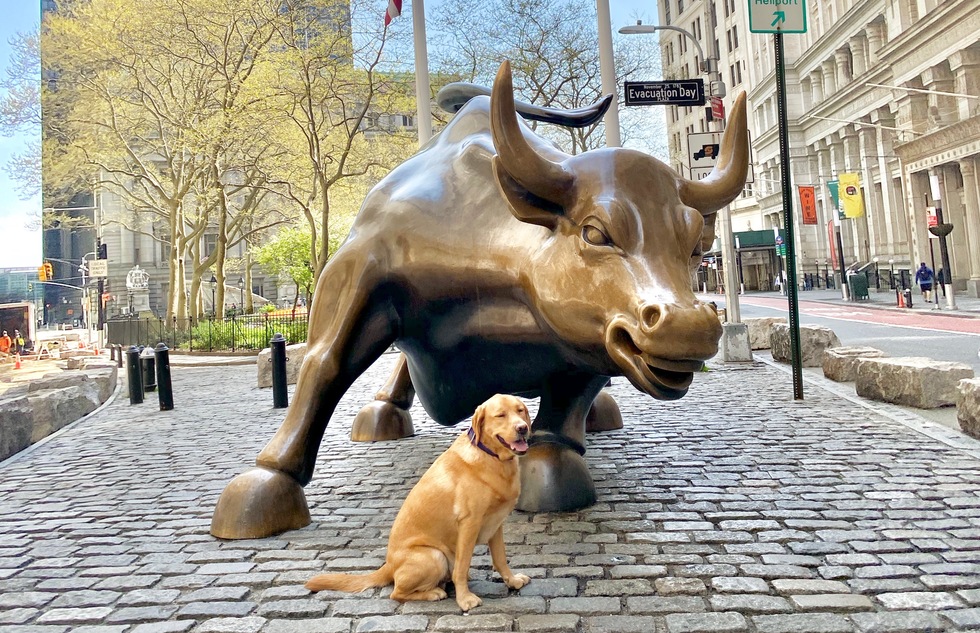 This is the most famous (some would say infamous) financial institution in the world, the New York Stock Exchange. The building’s towering columns, crowded ornamental pediment, and huge flag trumpet louder than any opening bell that this is a place of incomparable might and prestige (interestingly, it’s a much more imposing building than the government’s plainer Federal Hall across the street). In front of the Stock Exchange is a scraggly buttonwood tree, meant to invoke the buttonwood that New York’s first traders stood under in 1792 when they met to begin brokering the Revolutionary War debt—the first stock market in America.

One odd fact about the Stock Exchange: Though it’s associated in the popular imagination with Wall Street, its facade actually fronts Broad Street, not Wall.

Unfortunately, the NYSE is no longer open to the public for tours, but you can grab a cup of coffee and “toast” the brokers in nearby Zuccoti Park, the place where the OWS (Occupy Wall Street) movement was founded.