If you’ve followed the first 2 days’ suggested itineraries, you’ve experienced a slice of the best of Manhattan, but there’s still plenty to see (more than can be done in just 3 days, sadly). Note that this day should only be attempted if the weather is nice. If not, head inside to one or two of the city’s great museums.

1. The Dakota
The day begins in front of this 1884, French Renaissance−style apartment building (corner of 72nd Street and Central Park West). Besides being used for several films, the Dakota is in many ways a shrine for visitors, as this is where John Lennon lived (and where Yoko Ono still lives), and where he was shot and killed. After seeing the building, head across the street to Central Park and Strawberry Fields, named in honor of the former Beatle; fans gather to leave flowers, play music, and commune together. 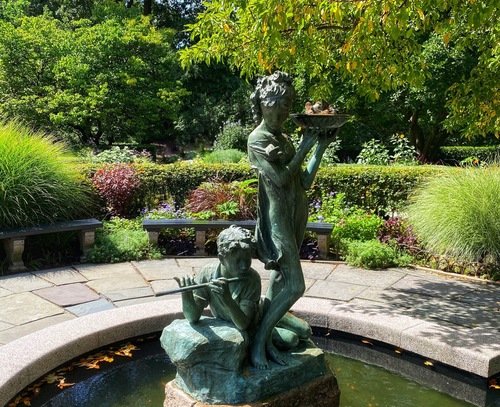 2. Central Park
Wander deeper into the park. If you keep walking straight from Strawberry Fields, you’ll hit the park’s grand promenade area and boat pond. Another option is to take one of the Central Park Conservancy’s terrific tours; you’d head towards The Dairy if that’s your plan. For instructions on what else to see in the park—and you should allot the morning to that (unless the weather is bad)—see the section on Central Park on this website. Pictured above is Conservatory Gardens, one of the park's most beautiful areas.

Make your way back to the west side of the park and exit at 81st street, walk west to Columbus and walk downtown one block to:

3. Lunch at Shake Shack
Time is short, so you’ll want to just grab a burger and perhaps one of the Shack’s famed milkshakes. 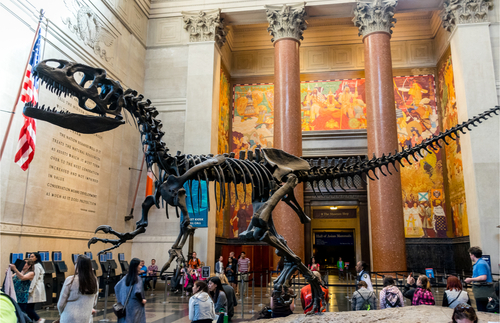 4. American Museum of Natural History
Head across the street to one of the country’s greatest science museums. I highly recommend the tours led by well-trained docents of the museum’s highlights. If you’d rather do it on your own, don’t skip the Fossils Hall, which has the world’s largest dinosaur collection.

Exit the museum and walk west to Amsterdam Avenue to catch an uptown M11 bus. Get off at 110th Street. 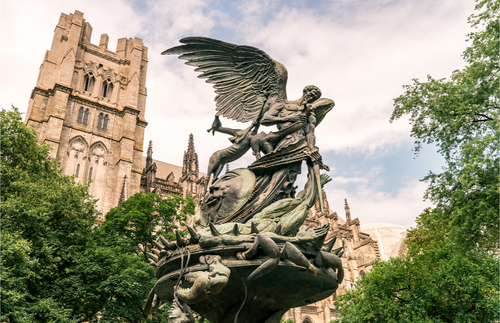 5. Cathedral of St. John the Divine
On the east side of Amsterdam Avenue is the world’s largest Gothic cathedral, and a sight that’s overlooked by too many tourists. Construction began in 1892, but because the builders are using medieval techniques, it’s still unfinished. Tours are offered to the spectacular interior, or you can see it on your own.


Finish the day by touring the city’s most famous theater and then head either to Red Rooster or Amy Ruth’s for a soul-food meal. You may then want to return to the Apollo to see a show.