From the foot of the Capitol to the Lincoln Memorial 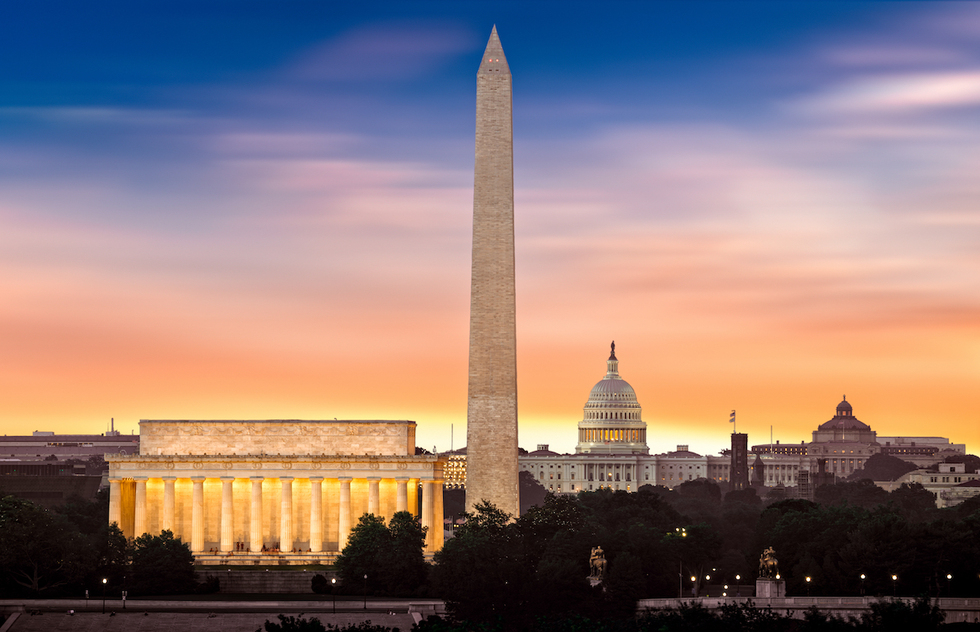 As part of his vision for Washington, Pierre L’Enfant conceived of the National Mall as a bustling ceremonial avenue of distinguished buildings. Today’s 2-mile, 700-acre stretch of land extending westward from the base of the Capitol to the Potomac River, just behind the Lincoln Memorial, fulfills that dream. Eleven Smithsonian buildings, plus the National Gallery of Art and its Sculpture Garden, and a stray government building (Department of Agriculture), stake out the Mall’s northern border along Constitution Avenue and its southern border along Independence Avenue. More than 2,000 American elm trees shade the pebbled walkways paralleling Jefferson and Madison drives. In a single year, more than 35 million tourists and locals crisscross the Mall as they visit the Smithsonians, hustle to work, exercise, participate in whatever festival, event, or demonstration is taking place that day, or simply go for a stroll—just as L’Enfant envisioned, perhaps.

The National Park Service maintains the land with money from Congress and from the Trust for the National Mall, the Park Service’s fundraising partner. A third organization of interested citizens, the National Coalition to Save Our Mall, advocates for a public voice in Mall enhancement decisions, and for more support from Congress. While actual construction may still be years away, campaigns are underway to repair the aging Tidal Basin and prevent further flooding, and also rebuild the U.S. Park Police Horse Stables. The Mall’s oldest structure, the 1835 Lockkeeper's House, serves as the National Mall’s own small visitor center. It is located on the southwest corner of the 17th Street and Constitution Avenue NW intersection, set within a wide plaza, across 17th Street from the Washington Monument grounds.