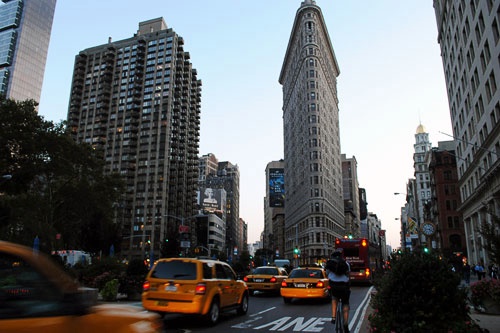 For years, the Flatiron District has been under-the-radar. No more. Within the past two years or so, it seems as if every trendy hotel and restaurant is opening up here.

In fact, part of the Flatiron District is even being referred to by a new name -- NoMad (North of Madison Square Park). Welcome to the neighborhood. 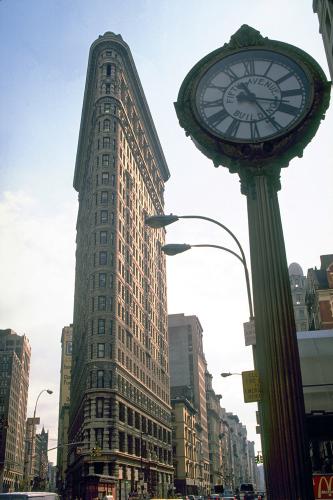 Douglas Corrance
Flatiron Building
The Flatiron neighborhood -- which runs roughly from 23rd Street to 29th Street and from Park Avenue to Sixth Avenue -- gets its name from this triangular-shape building. Designed by Chicago architect Daniel Burnham and completed in 1902, the iconic 22-story Flatiron Building was the world's first steel-frame skyscraper.

In the mid-1800s, the area was one of New York's most fashionable neighborhoods with posh hotels. Recent openings of trendy hotels and restaurants are revitalizing the area.

Photo Caption: A large street clock near the Flatiron Building. 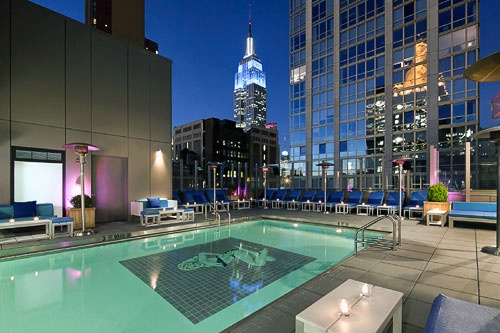 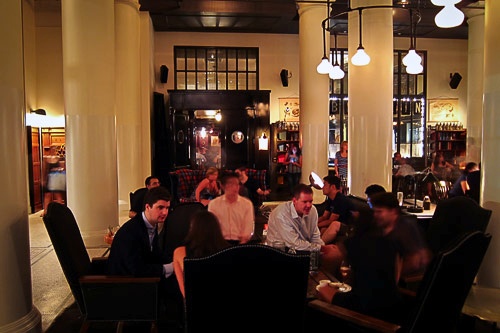 nan palmero
Ace Hotel
Since opening in Spring 2009, the 260-room Ace Hotel continues to attract hipsters, musicians, and celebrities. Even the lobby, with a bar and a lounge, is a hot spot.

The in-house restaurants are also ultra-trendy: The Breslin (www.thebreslin.com) for carnivores and The John Dory Oyster Bar (www.thejohndory.com) for seafood lovers.

Where: 20 West 29th St. between Fifth Avenue and Broadway 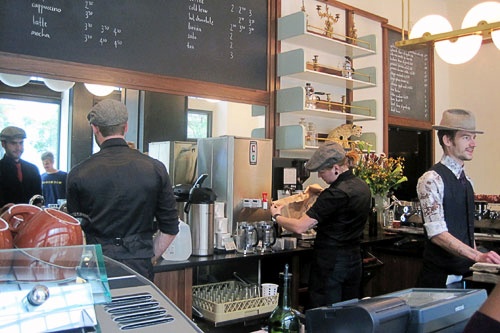 Photo Caption: Stumptown Coffee, which leads into the Ace Hotel lobby, has baristas clad in dapper uniforms and caps. Photo by ahemler/Flickr.com 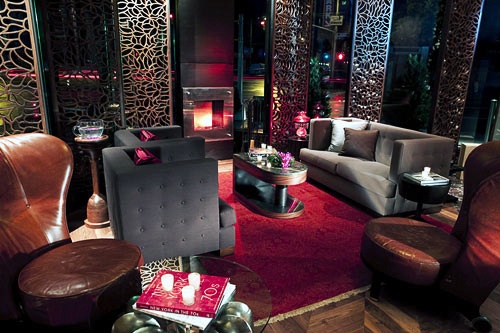 Eventi
Eventi, a Kimpton Hotel
Though technically located on the fringe, Kimpton's latest New York City hotel is so close to the Flatiron/NoMad action that it'd be a shame to leave it out. The 292-room hotel is a few blocks from Penn Station and Madison Square Garden, making it a popular choice for professional basketball players.

At the on-site Bar Basque restaurant, the wine "automat" dispenses tastings of 30-plus vintages. Downstairs, you'll find gourmet food stands in the FoodParc, a food court that leads into a public plaza with a giant movie wall screen for year-round viewing. 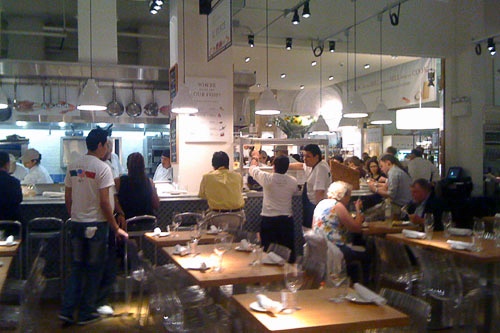 feministjulie
Eataly
Celebrity chef Mario Batali's Italian gourmet market is packed to the gills at all hours of the day and night. Whether you stop in for an espresso or to sample one of the dining options, the upscale food hall is worth a visit if you're a die-hard foodie.

Where: 23rd Street at Fifth Avenue 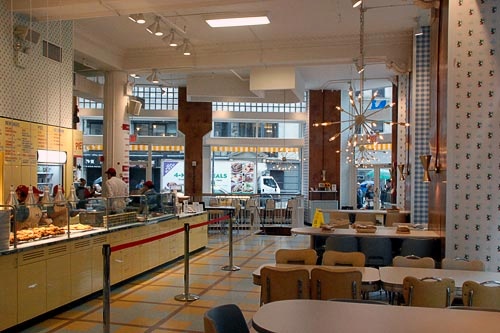 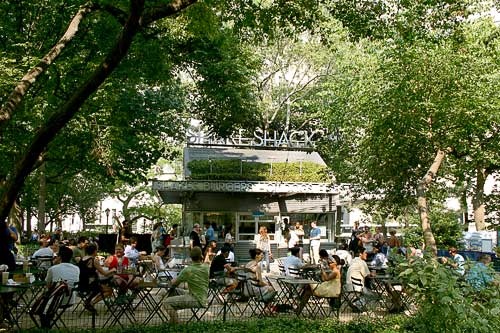 ChrisM70
Shake Shack in Madison Square Park
All the trendy hotels and restaurants are bringing a new vitality to the area, but some neighborhood venues have been cool all along.

If you want to stand in line for 45 minutes to get a burger, look no further than Shake Shack. Though there are now four other locations, devotees say the original Madison Square Park location is worth the wait.

Named after President James Madison, Madison Square Park (www.madisonsquarepark.org) has been a public space since 1686 and a city park since 1847. In the late 19th century, the Square was an elite enclave surrounded by mansions and fancy hotels. Today, it's a lively neighborhood park with contemporary art displays year-round and a free concert series in the summer and fall.