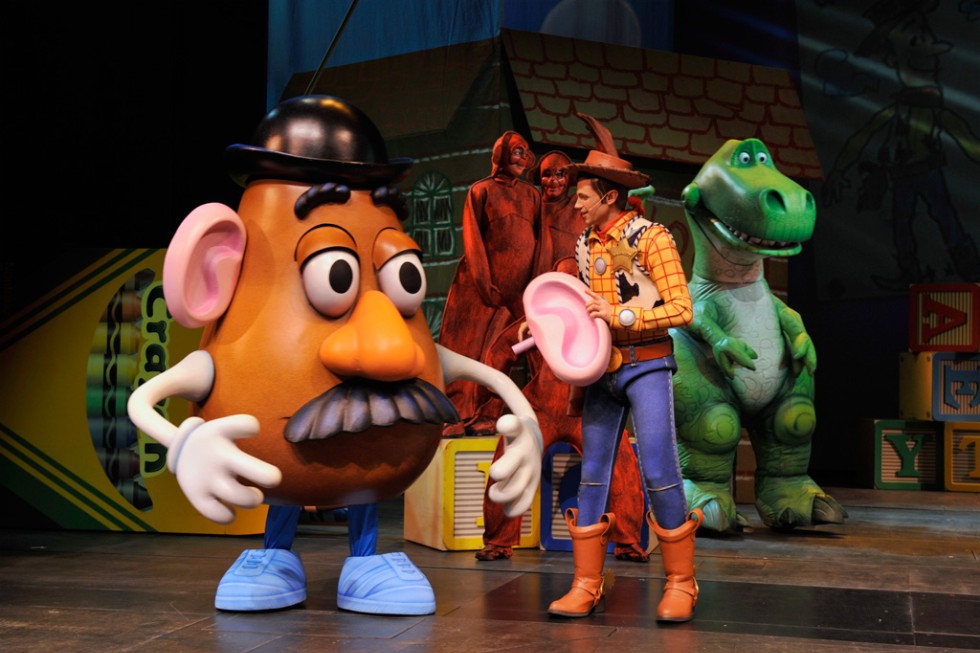 By Heidi Sarna
Variety-style production shows are classic cruise fare in the entertainment department, but the trend is to offer passengers more than just predictable song-and-dance medleys straight from the jukebox. From acrobats to ice-skaters, here's a look at the best out-of-the-box entertainment at sea. 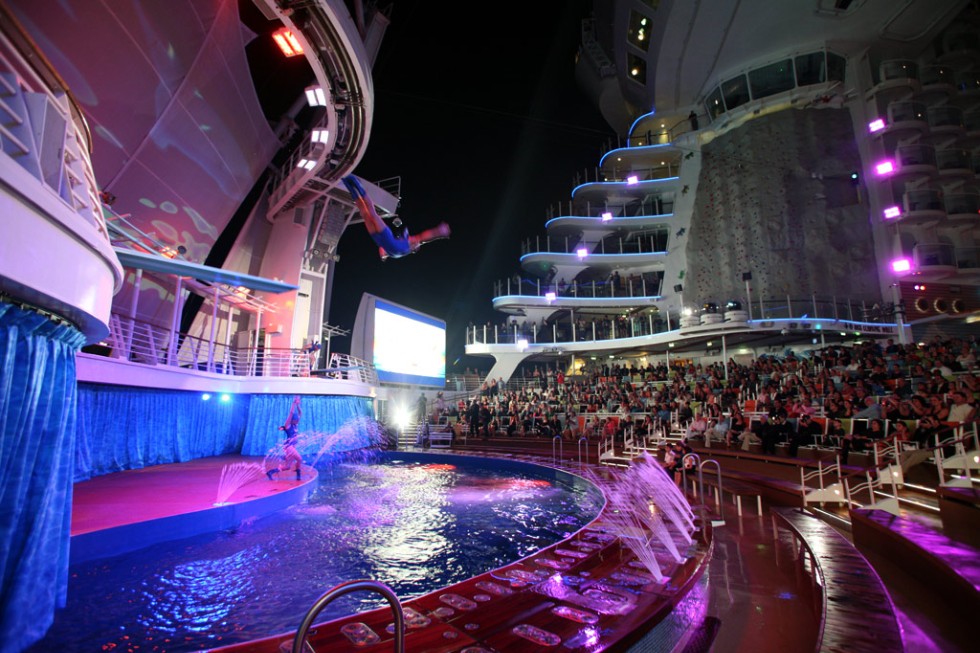 Royal Caribbean International
Aqua Theater Shows
A stunning setting coupled with thrilling dives spell a great time aboard Royal Caribbean (www.rccl.com) megaships. The amphitheater-style Aqua Theaters aboard the gigantic Oasis and Allure of the Seas are set outdoors at the stern.

The theaters are rigged with high-tech music and lighting systems, plus synchronized fountains and a deep freshwater pool. The movable floor can be adjusted to a maximum depth of 18 feet. Under the stars at night, you'll be awed by the skill of the professional swimmers and divers who leap off a pair of 30-foot platforms and glide through the pool in water ballet performances. 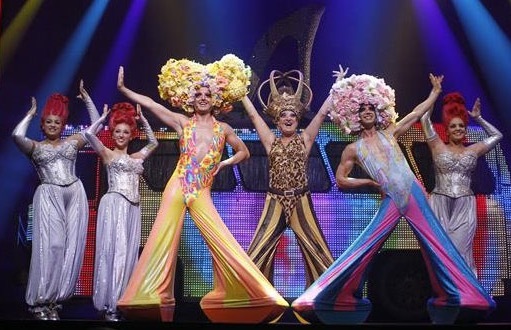 NCL
Broadway shows
The last few years have seen a mounting song-and-dance arms race between the major cruise lines, especially Royal Caribbean and Norwegian, who are one-upping each other in an effort to produce versions of popular Broadway shows that include Hairspray, Chicago, Rock of Ages, Grease, Saturday Night Fever, and Priscilla Queen of the Desert (pictured, on the Norwegian Epic). In many cases, they trim out a few songs and scenes so the show will suit cruise line audiences, but the experience is much the same as it might be at a performance by a national tour. 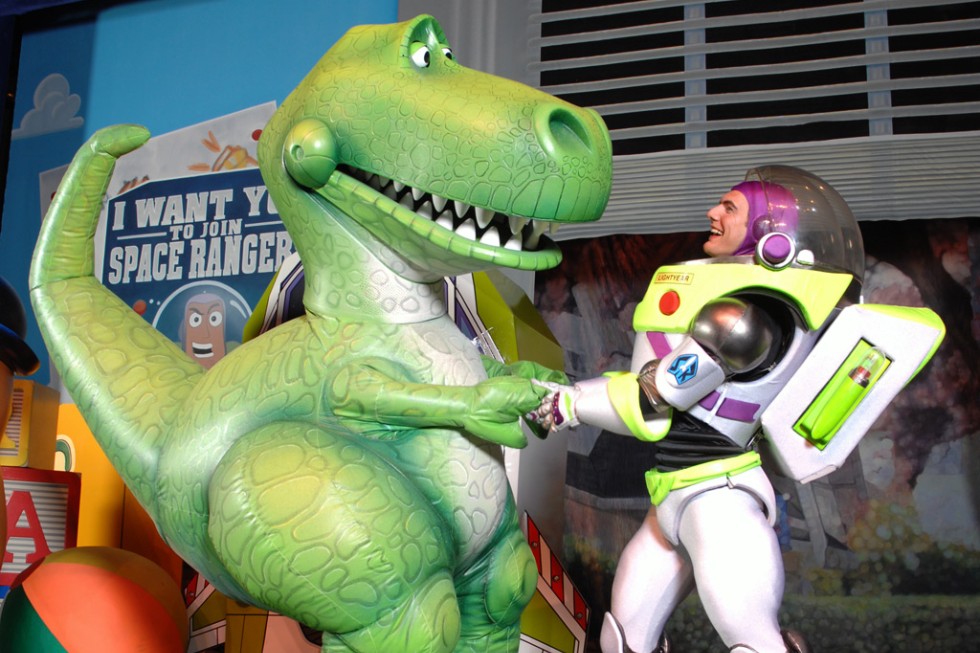 Disney Cruise Line
Toy Story—The Musical
Disney (www.disneycruiseline.com) consistently produces some of the best stage shows at sea and "Toy Story—The Musical" aboard the Disney Wonder is at the top of the heap. Based on the Disney Pixar classic, the lovable Buzz Lightyear and Woody evolve from jealous adversaries to best friends, while their cohorts, including a nearly 9-foot-tall version of Rex the dinosaur to a 4-foot-round Hamm the piggy bank, create a sweet fantasy world for all ages. Kids are starstruck, and adults also love the show for the sheer originality of the snappy musical score, set designs, and expensive costumes. 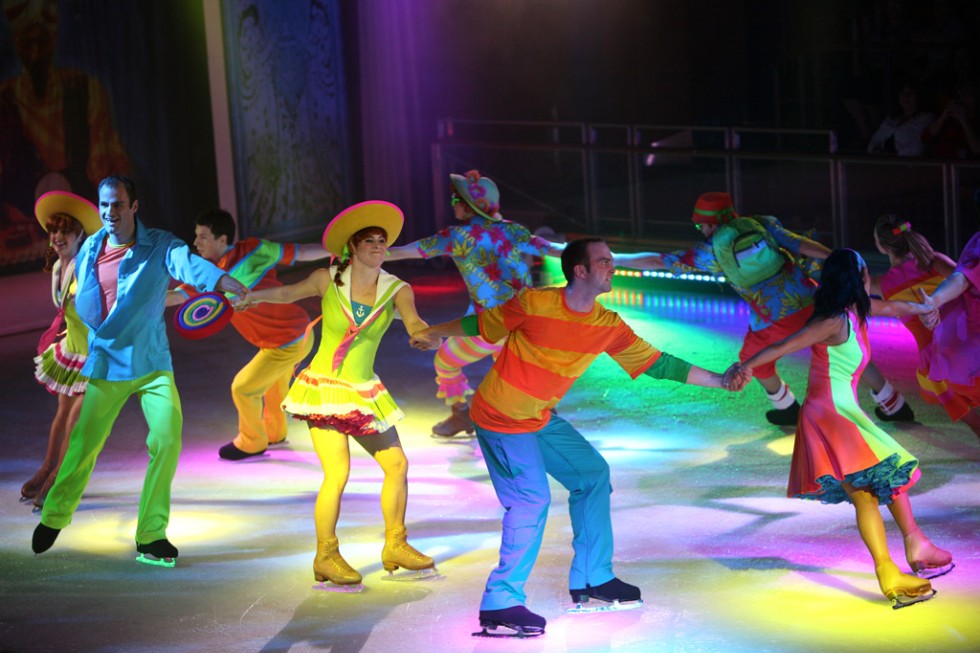 Royal Caribbean International
Ice-Skating Shows
Royal Caribbean (www.rccl.com) first pioneered its ice-skating shows more than a decade ago. The indoor rinks aboard the Oasis-, Freedom- and Voyager-class ships are covered in real ice and even a Zamboni machine is used to polish it. Professional skating performances with high-tech sound and light effects are scheduled nearly every day with passengers ooohing ahhing from the rinks' stadium-style seating.

Photo Caption: Ice Games ice show in Studio B during the launch of Royal Caribbean International's newest ship Allure of the Seas. 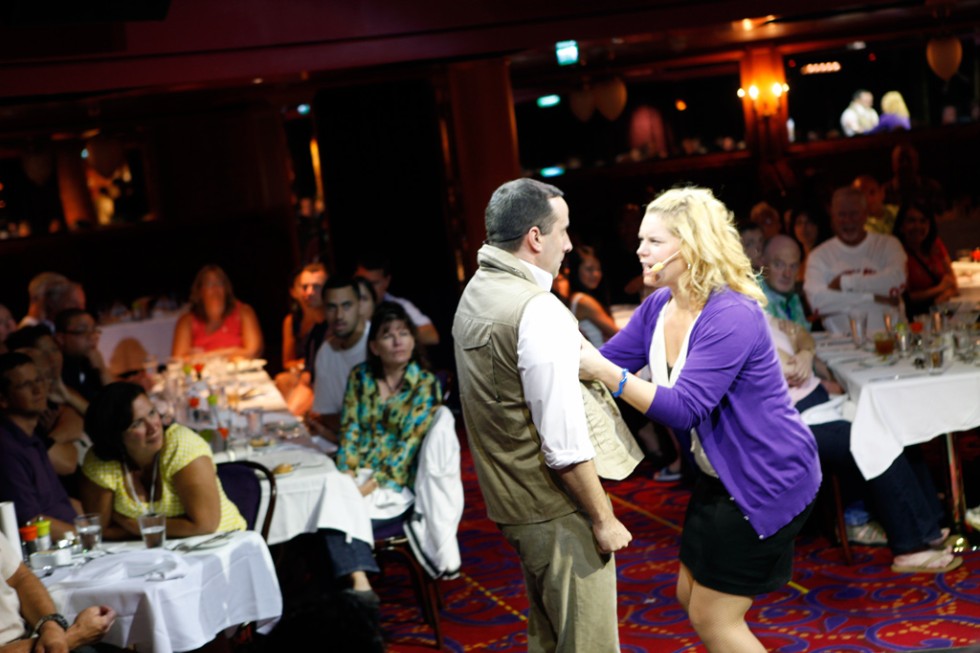 Norwegian Cruise Line
Second City Improvisational Comedy
Drawing big laughs from off-the-cuff witty riffs built from the random words and phrases the audience shouts out, the nationally-acclaimed Second City improv comedy troupe performs on seven Norwegian ships (Norwegian Dawn, Breakaway, Gem, and Epic when she's not in Europe). The comics deftly dance through unscripted improvised skits and scripted performances alike—one of the rising stars who appeared in the oceangoing troupe at the start of her career was Saturday Night Live's Cecily Strong. 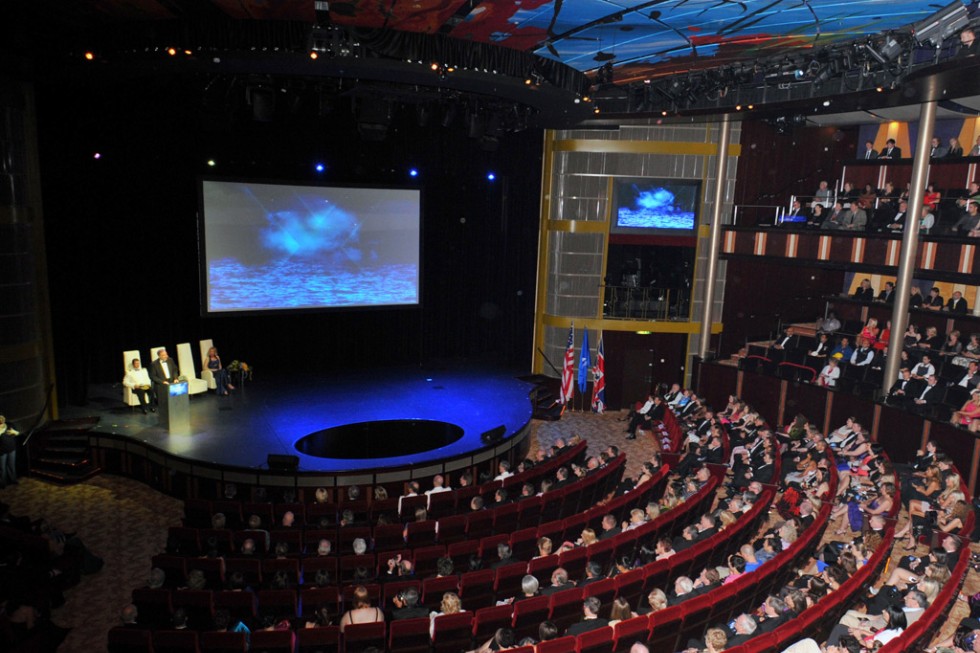 Celebrity Cruises
Silhouette: The Show
Billed as a thrilling European-style theatrical circus, "Silhouette, The Show" is a fresh take on standard shtick aboard Celebrity Cruises (www.celebritycruises.com). The story line about an average guy pulled into a fantasy circus world takes a back seat to the graceful moves of the acrobats and aerialists performing in the ship's main theater, which includes special rigging in the rafters that enables aerialists to fly out over the audience. Operatic singers and funky dancers with a Bollywood vibe all work together to create an exciting landscape of sights and sounds for a wonderfully unusual and entertaining show. 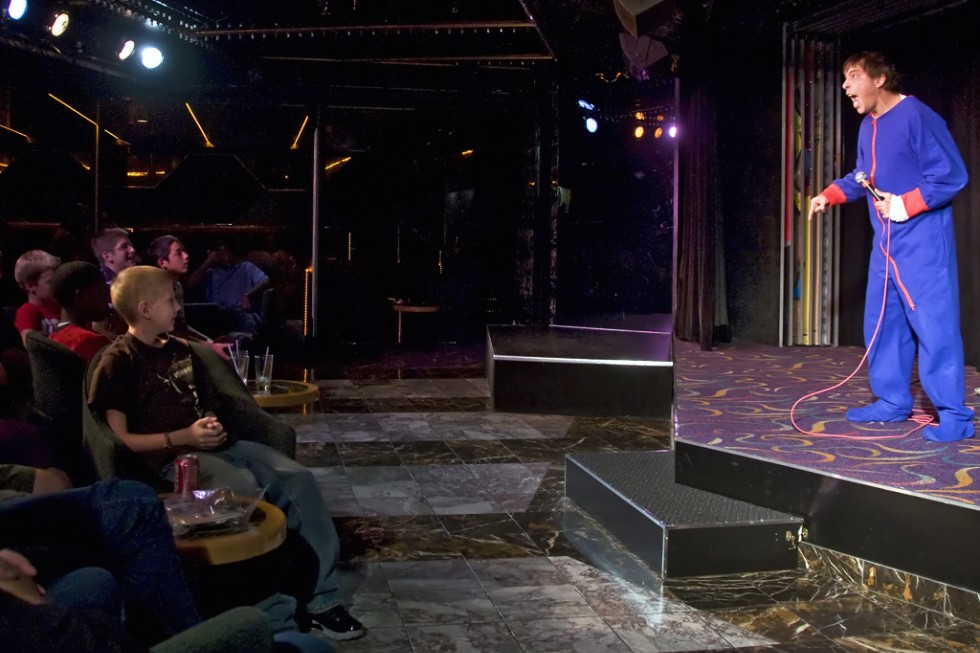 Carnival Cruise Lines
Punchliner Comedy Clubs
Laugh your head off at the new Punchliner Comedy Clubs offered throughout Carnival's (www.carnival.com) fleet. Leading stand-up comics who have appeared on comedy channels and in major clubs worldwide, including Happy Cole, Al Ernst, and Seth Buchwald, belt out their pleasingly raunchy adults-only shtick at least twice each night. For families, G-rated shows are offered earlier in the evening.