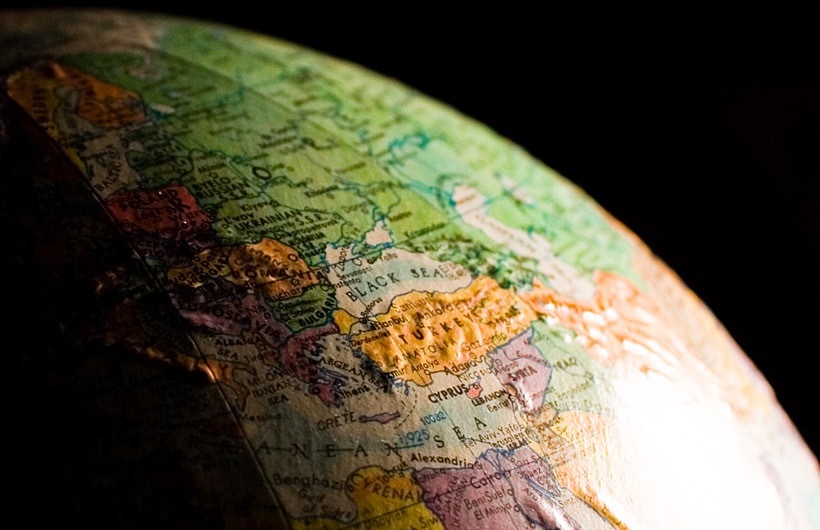 The World's Most Tolerant Countries

With movements to tighten borders and restrict immigration on the rise in Europe and the United States—not to mention the hold on power maintained by repressive regimes elsewhere—it can seem like the world is becoming a less welcoming place. That outcome would be entirely at odds with the most rewarding type of travel, which has little to do with snapping selfies and a lot to do with bridging gaps between cultures and diving into the unfamiliar. Fortunately, there are still plenty of places where outsiders are welcomed, differences are respected, and personal freedom is a matter of course. Taking a number of factors into account, we’ve come up with a top 10 of the world’s most tolerant countries. Some of them might surprise you. 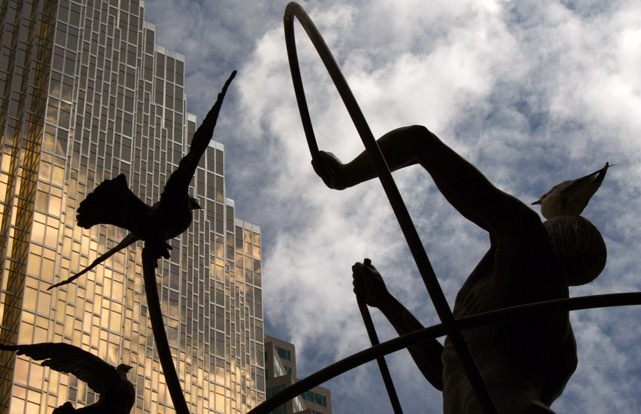 We’re guessing this one doesn’t surprise you at all. In 2016, Canada came in second place on both the Social Progress Index and the personal freedom rankings of the Legatum Prosperity Index. The former scores countries on how well they meet basic human needs, provide access to opportunity, and create a foundation for well-being; the latter measures rights and social tolerance. So any way you look at it, Canada is a standout when it comes to liberal values. Less prone to upheaval than its noisy southern neighbor, the True North Strong and Free has adopted multiculturalism as official policy and repeatedly reaffirmed the value of immigration. Leave it to Canada to make politeness and hospitality the laws of the land. These stances have helped create the country’s current tourism boom; unparalleled natural grandeur and having a young, progressive prime minister in Justin Trudeau—also known as the internet's boyfriend—don't hurt either. 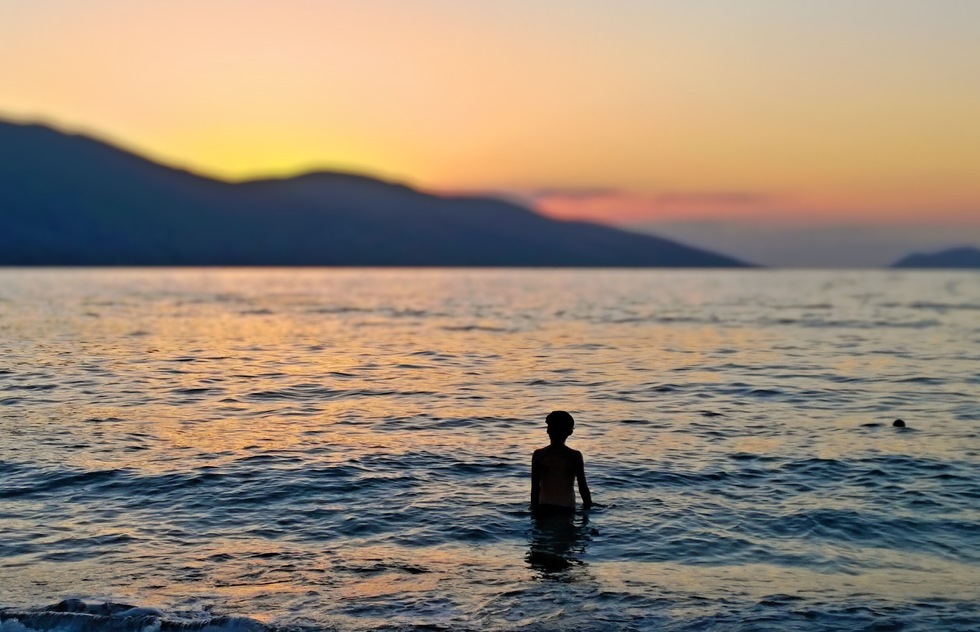 When Pope Francis visited this little Balkan nation in 2014, he said the rest of the world could learn a lot from how Muslims and Christians peacefully coexist here. Though about half of the country’s three million inhabitants practice Islam, Albania is remarkably unified across religions, with minarets and steeples rising from the same neighborhoods and adherents of both faiths mingling at feasts and festivals. To see this spirit of harmony firsthand, visit during the Day of the Blessed Water in January, when participants plunge into frigid lakes, rivers, and the sea in search of submerged crosses. It’s officially a Christian event, but it’s likely you’ll see a Muslim diver come up with the crucifix. 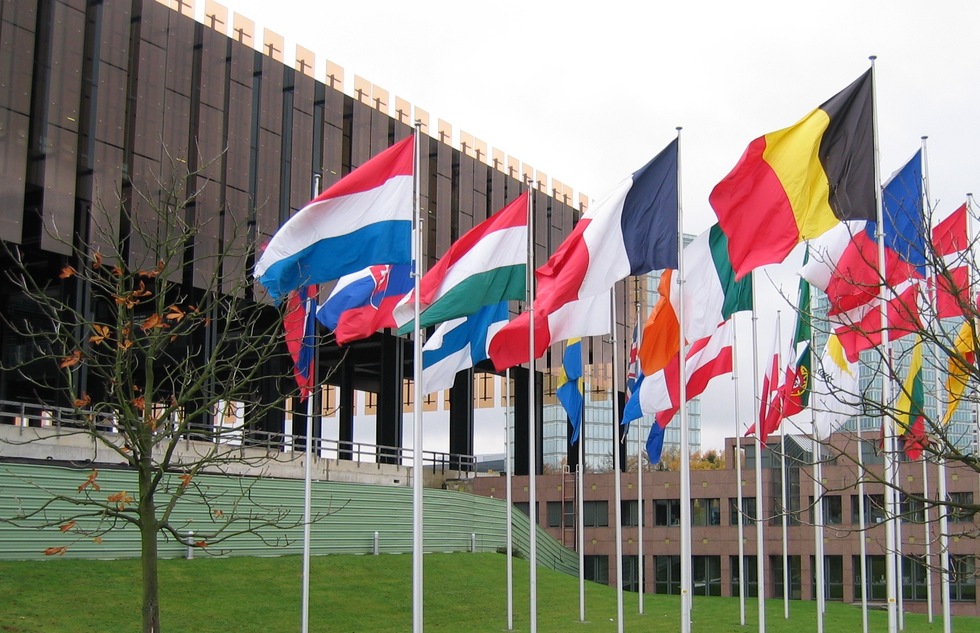 Tiny, landlocked Luxembourg topped the Legatum Prosperity Index’s personal freedom rankings in 2016 for having the easiest access to legal rights, the freest speech, and the most tolerant attitudes toward immigrants and minorities. No wonder the European Court of Justice (pictured above) is based here. Nearby Belgium and the Netherlands also scored high marks (though deadly terrorist attacks in Brussels have played a role in sparking an anti-immigrant backlash across the continent). Owing to these countries’ long-maintained prominence in trade and commerce, people from all over the globe have been passing through these parts and trying to figure out how to accommodate one another for centuries. In the Netherlands, pretty, canal-lined Amsterdam isn’t quite the Gomorrah with tulips it’s sometimes made out to be, but it’s still the undisputed world capital of cannabis tourism. 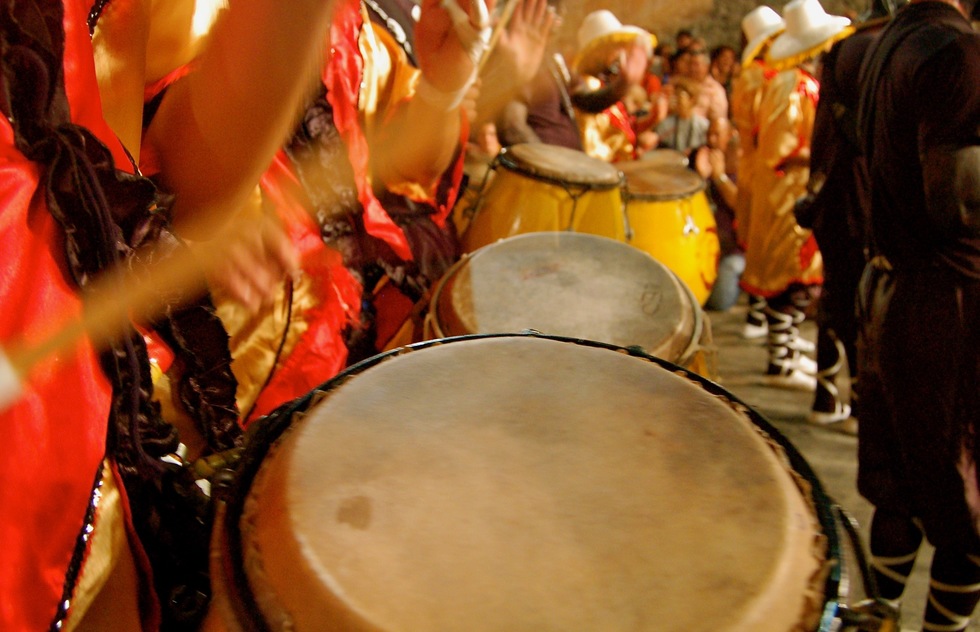 The highest-ranking South American nation in studies measuring social progressiveness is the continent’s second-smallest country by geography, Uruguay (only Suriname is smaller). While other places in Latin America have struggled under political despots, religious oppression, and widespread violence, Uruguay has quietly become a bastion of peace and prosperity. Social attitudes are of the live-and-let-live variety when it comes to everything from marijuana to same-sex marriage, both of which are legal. Along with its welcoming attitude, Uruguay offers visitors peaceful beaches, charming villages, and vibrant nightlife in the capital city, Montevideo.

Photo: candombe musicians in a parade in Montevideo 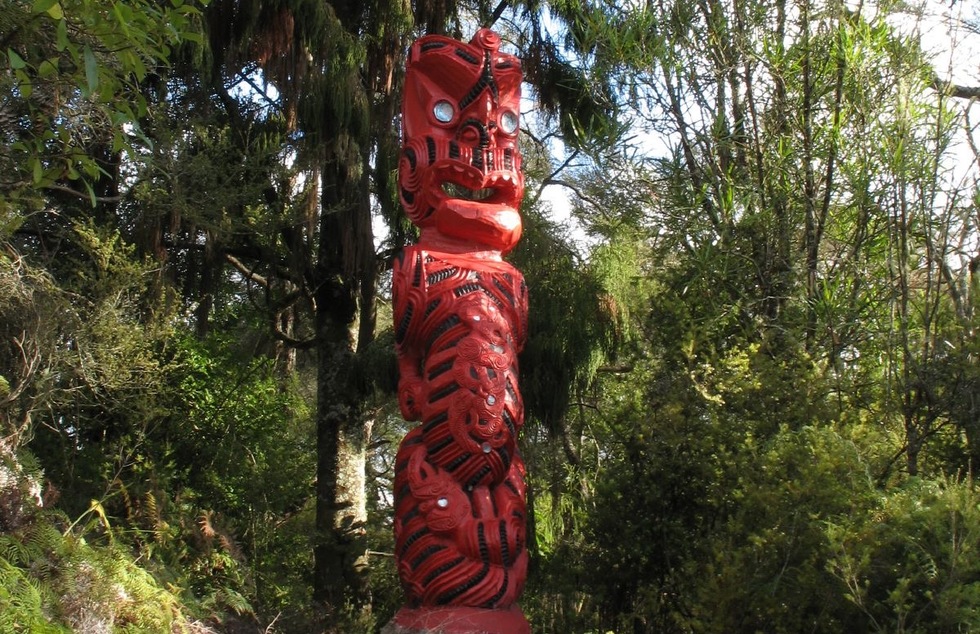 Though no postcolonial country has a spotless record when it comes to relations with native peoples, New Zealand has gone further than most toward embracing rather than suppressing the indigenous Maori, whose customs and heritage are protected by government decree and celebrated in ways large and small. Maori wood carvings, canoes, and other artifacts are on display at the Auckland Museum and Wellington’s Te Papa Tongarewa; the Maori language is preserved everywhere from place names to the money to the ubiquitous greeting of kia ora; and at cultural centers like Te Puia in Rotorua (pictured above), visitors can learn traditional dances, watch carvers and tattoo artists at work, and dine on meals cooked underground using the same geothermal activity that produces the region’s many geysers and hot springs. 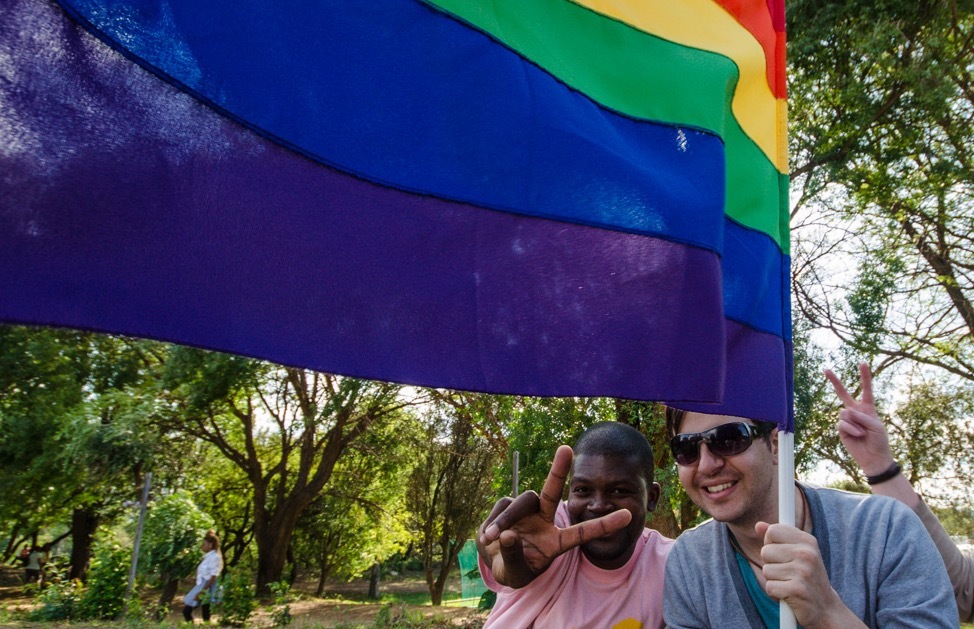 For Being Africa's Most LGBT-Friendly Destination: South Africa

When South Africa finally emerged in 1994 from the officially enforced racial divisions of the apartheid era, the country’s new constitution was the first in the world to outlaw discrimination based on sexual orientation. Later, South Africa became the first nation on the continent to legalize same-sex marriage—and at the moment, it’s still the only one to have done so. Social acceptance has lagged somewhat behind the legal protections, but nonetheless a majority of South Africans holds tolerant attitudes toward gays, according to a 2016 report from Afrobarometer. The country’s welcoming, safe, and stable reputation, along with its nature preserves, vineyards, and cosmopolitan cities, have made it a go-to choice for international travelers looking to check stuff off their bucket lists.

Photo: attendees at an LGBT Pride Parade in Johannesburg 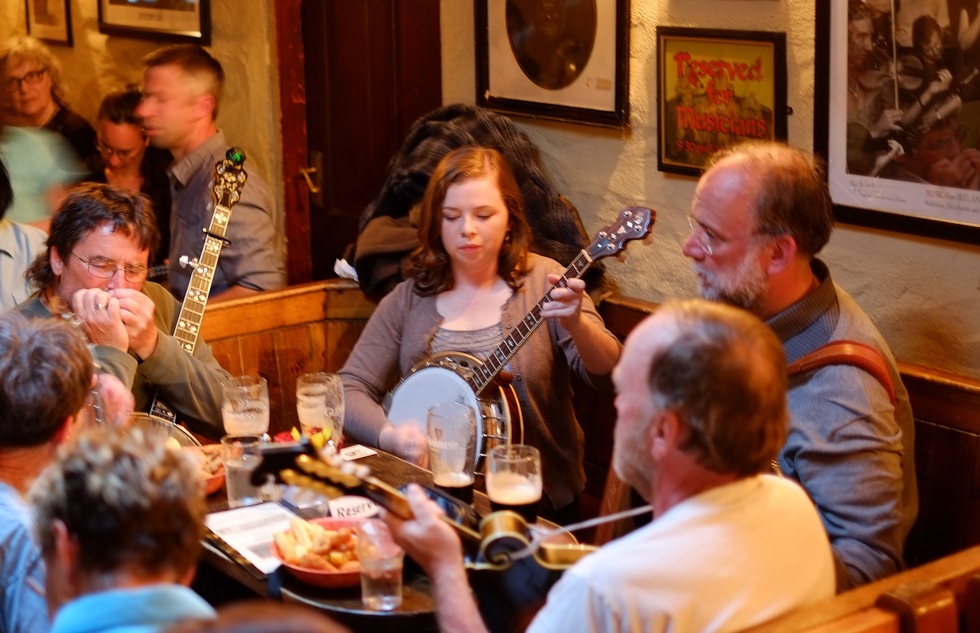 Ireland’s welcoming spirit is legendary. But it goes beyond back-slapping over Guinness in Dublin pubs. Surveys have shown that the Irish are more tolerant of ethnic minorities and LGBT people than the European Union average, and while fellow anglophones the Brits have voted to pull up stakes in the EU, Ireland remains committed to the ideal of a unified continent. To experience the island’s pure, unadulterated friendliness for yourself, find a genuine small-town traditional music session at a proper Irish pub. All you have to do is buy a pint, find a seat (if it’s next to a peat fire, so much the better), and wait. You’ll be a local in no time. 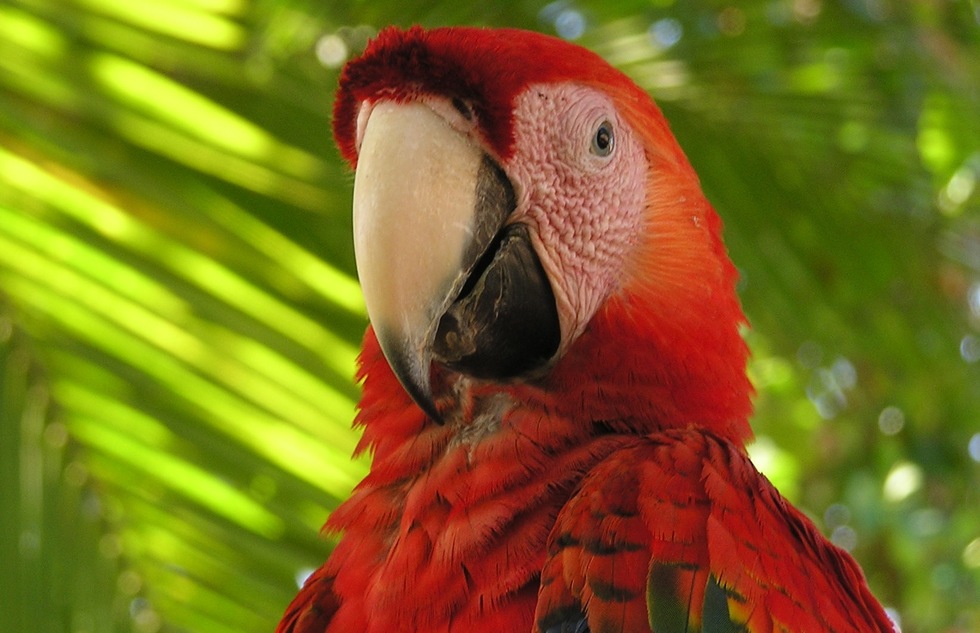 Generally speaking, a country tends to grow more tolerant as its wealth increases. There are exceptions, however—countries whose commitment to rights and equality outperform their GDP. Chief among these, according to the Social Progress Index, is Costa Rica. Though not an especially rich nation, Costa Rica has been providing for the education and well-being of its people since the 19th century, and that investment has paid off in a forward-thinking populace today. Travelers can also thank past governments for protecting Costa Rica’s incredible biodiversity, which encompasses everything you’d want in a Central American paradise, including beaches, jungles, volcanoes, hot springs, and colorful flora and fauna. 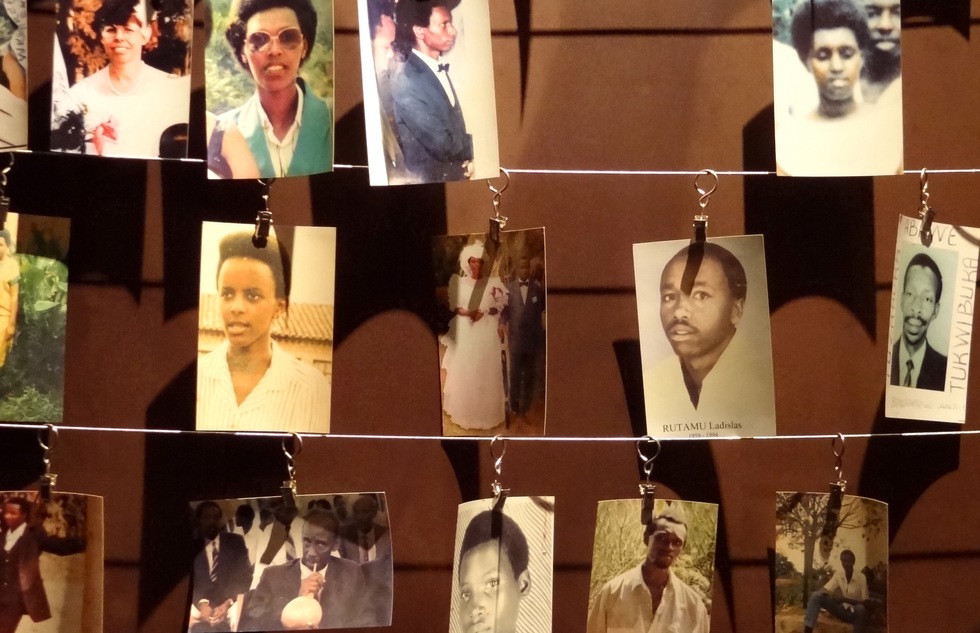 Once a byword for genocide, Rwanda is today an overperformer on the Social Progress Index; the East African nation has been lauded for its efforts to fight government corruption, achieve gender equality, and heal the wounds of the past. Though the country is now free of upheaval, the horrors of 1994 haven’t been covered over: The Kigali Genocide Memorial Centre in the capital city not only pays tribute to the 250,000 Tutsi people interred there (some photos of victims on display at the center are pictured above), but also provides historical context and detailed documentation of the genocide as educational tools to help prevent such atrocities in the future. A growing emphasis on tourism has also led to efforts to protect and promote Rwanda’s considerable natural splendors, including one of the only places left where you can see mountain gorillas in the wild. 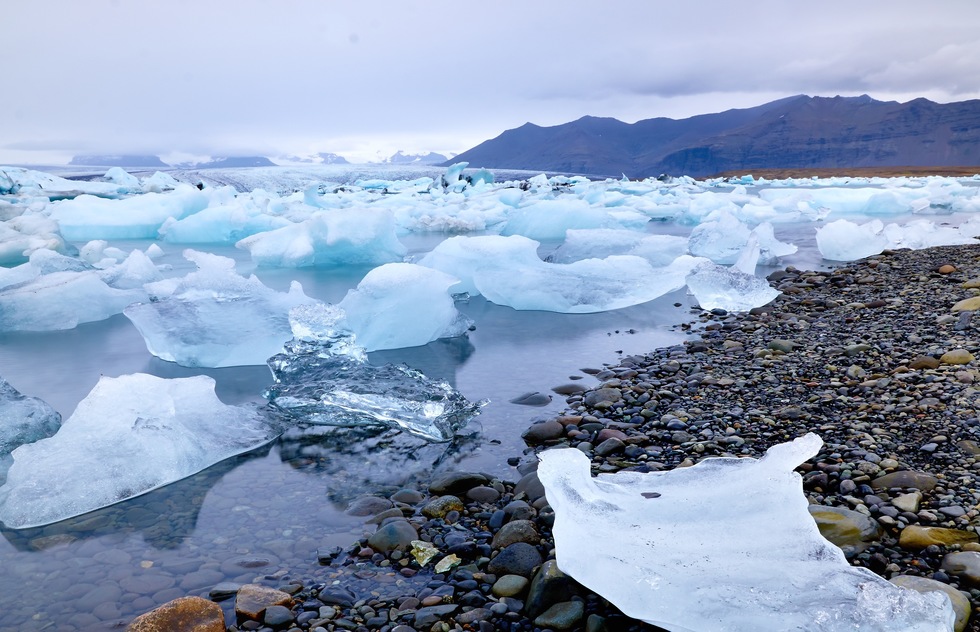 Moyan Brenn / Flickr
For Setting the Standard: Scandinavia and Iceland

Owing to anti-immigrant rumblings, Sweden, Norway, and Denmark don’t rank quite as highly on tolerance surveys as they once did. But these standard bearers for the benefits of the welfare state and clean modernist design still do pretty well. On the 2016 Legatum Prosperity Index’s personal freedom list, all three are in the top 15. Iceland, meanwhile, is no. 4 (of European countries, it’s second only to Luxembourg). Among the social-tolerance credentials of the land of Bjork: Iceland became the first country to have a democratically elected female president in 1980 and the first to have an openly gay head of government in 2009. It seems somehow fitting that a country with politics pointing toward a progressive future should have a sci-fi landscape to match—and sure enough, Iceland has lunar lava fields, steaming lagoons, eerie glaciers, and night skies aglow with the northern lights. It’s like another world that adheres to the best ideals of this one.