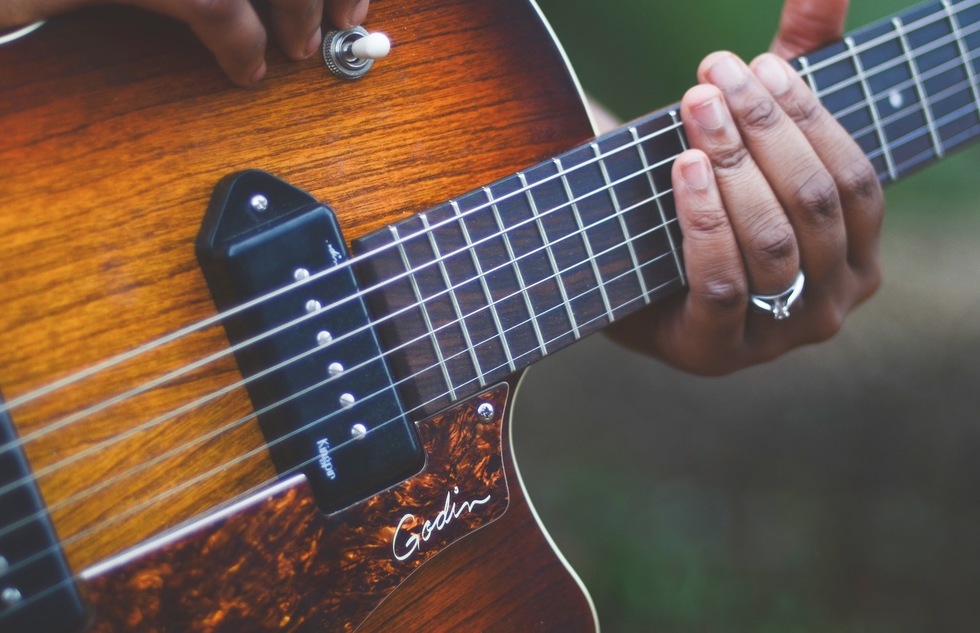 What to See, Hear, and Eat in the Mississippi Delta—Birthplace of the Blues

You could argue that no other region better exemplifies the American story in all its glory, folly, promise, and sorrow than the sliver of northwestern Mississippi lining the banks of the state’s namesake river. A bumper crop of important national developments—from the rise and fall of cotton farming as a major economic force to the indelible cultural contributions of literary innovators and creators of homegrown musical art forms like the blues and its overgrown offspring, rock-and-roll—has its roots right here, in the fertile soil of the Mississippi Delta. Here are some of the best ways to experience this fascinating part of the country when you visit the Deep South. 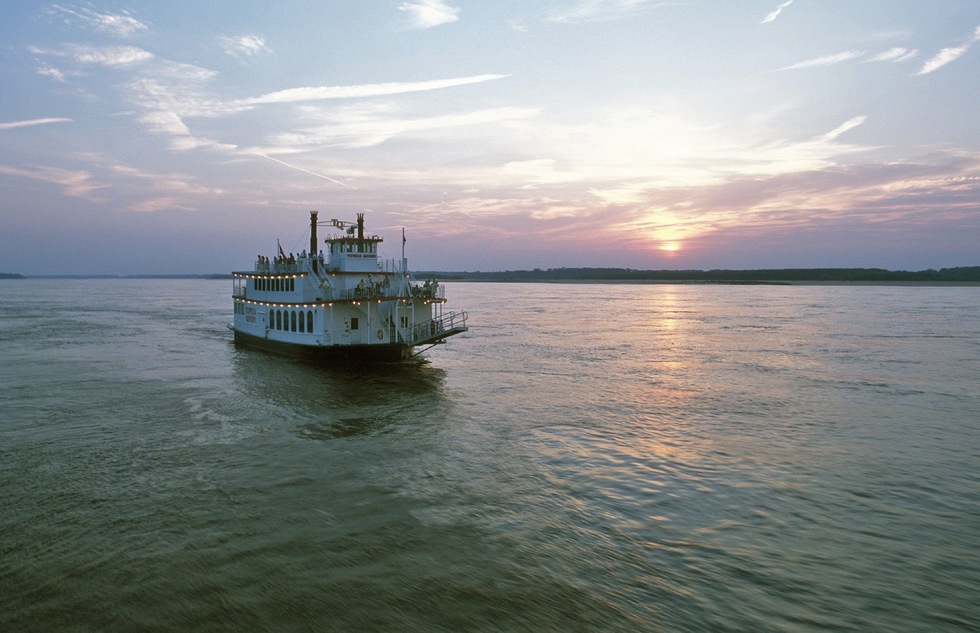 Visit Mississippi
Feast your eyes on the Mighty Mississipp'

A fitting place to begin your exploration of the area is on the powerful behemoth that did so much to shape it—the Mississippi River. Confusingly, the region known as the Mississippi Delta is quite a ways north of the actual mouth of the waterway, which means the Delta is not technically a delta. But the river's frequent flooding over the years did help to create the rich soil that made these parts a strong agricultural force starting in the 19th century. At Tunica County's RiverPark and Museum (about a 45-minute drive southwest of Memphis), you can learn all about local history and marine life before boarding a paddleboat for a turn on the water yourself. 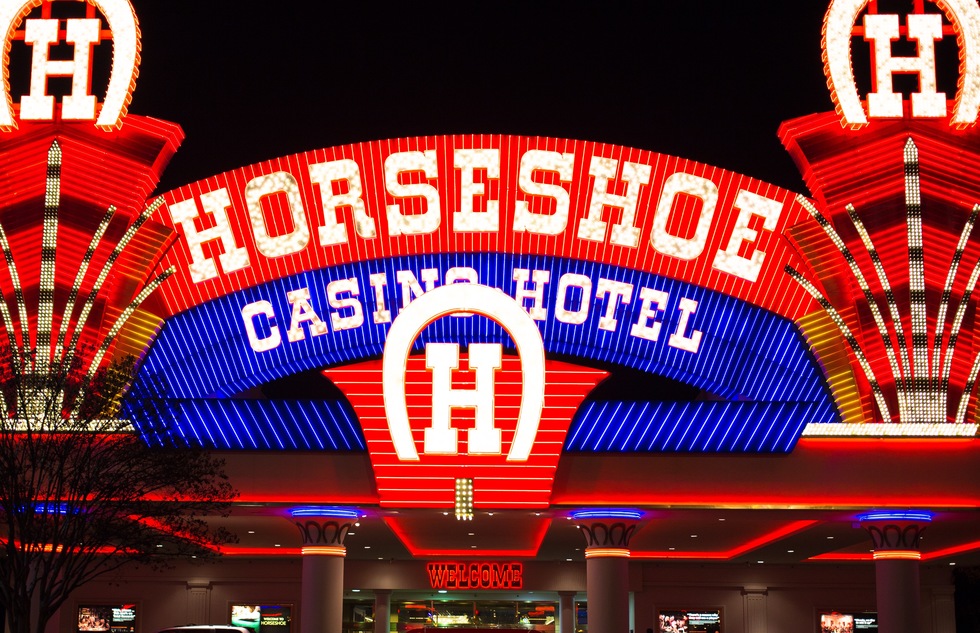 In the early 1990s, Tunica went from being a hard-luck town to a town where luck is courted. With the construction of several enormous casinos, the city became primarily a gambling destination, replacing its previous status as one of America’s poorest places. Each of the major gaming palaces has a theme of some sort: classic movies (Hollywood, which has a memorabilia collection), the wild West (Sam’s Town and Tunica Roadhouse), old-school Vegas-style glitz (Horseshoe), contemporary Vegas-style glitz (Gold Strike), and—why not?—Ireland (the Fitz). In addition to acres of slots and table games, they all have bountiful dining and entertainment venues. Prices for hotel rooms and meals are a fraction of what you'll find in Nevada and Atlantic City. 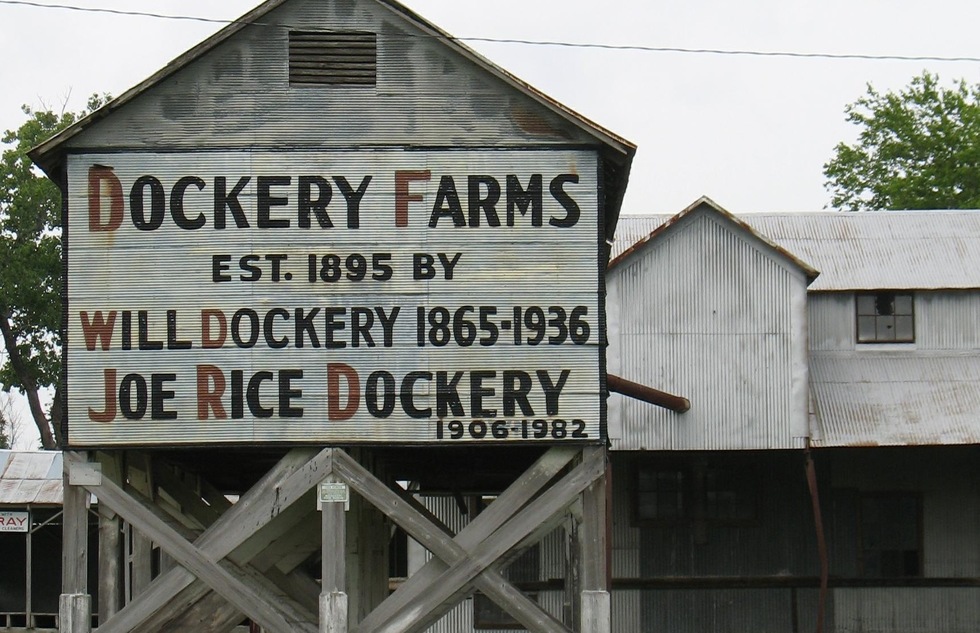 Drive deeper south into the Delta along the legendary Highways 49 and 61, and Tunica’s splashy casinos quickly give way to flat, dusty expanses where cotton and other crops are grown amid hardscrabble, blink-and-you’ll-miss-them towns in what appear to be varying stages of abandonment. Together, these unassuming locales gave birth to the blues, producing a remarkable parade of gifted African American musicians, including Charley Patton, Robert Johnson, Memphis Minnie, and B.B. King. Any Delta blues pilgrimage has to make time for a stop at Dockery Farms, the turn-of-the-century cotton plantation and sawmill in Cleveland, where Patton mentored fellow worker-musicians Johnson, Howlin’ Wolf, and others in their off hours (you can stroll the grounds or arrange a tour). In Clarksdale, the Delta Blues Museum tells the form’s story in meticulous detail via photos, music, artwork, and an impressive collection of guitars once owned by blues masters. 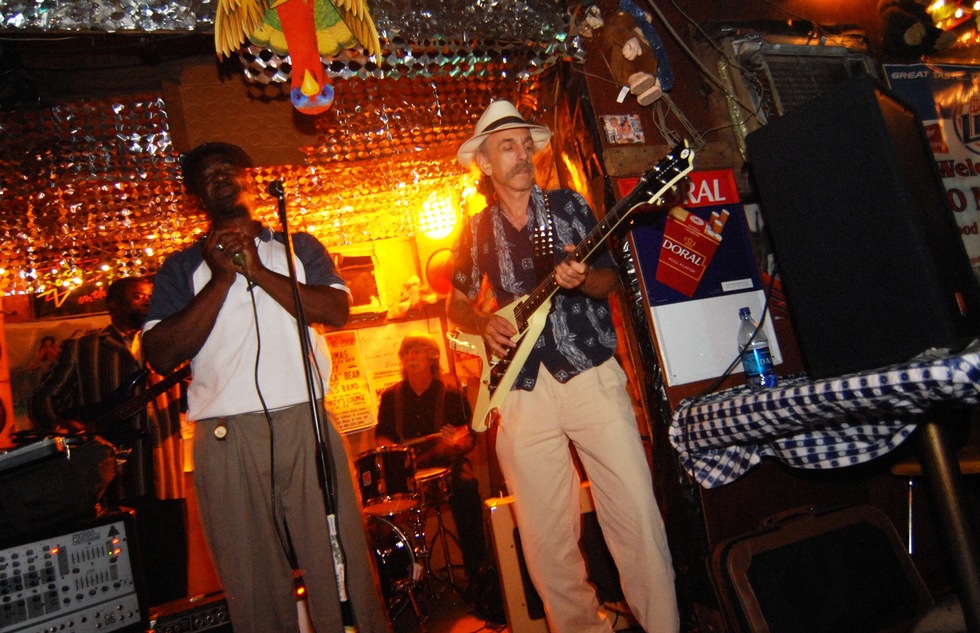 Don’t let this emphasis on the origin of the blues give you the impression that the genre belongs in the past. The best way to experience Delta music is to hear it played live. Clarksdale’s Ground Zero Blues Club (387 Delta Ave.), co-owned by movie star Morgan Freeman, offers a reliable showcase of local talent as well as a menu of Southern comfort food. But for those seeking an experience akin to something Muddy Waters would recognize, nothing less than a good old-fashioned juke joint will do. The most famous one, a former sharecropper’s shack in Merigold known as Po’ Monkey’s, closed when longtime owner Willie Seaberry died in 2016. There’s talk of reviving the club, but in the meantime you can check out other worthy spots like Red’s Lounge (398 Sunflower Ave.) in Clarksdale and the Blue Front Café (107 W. Railroad Ave.) in Bentonia. 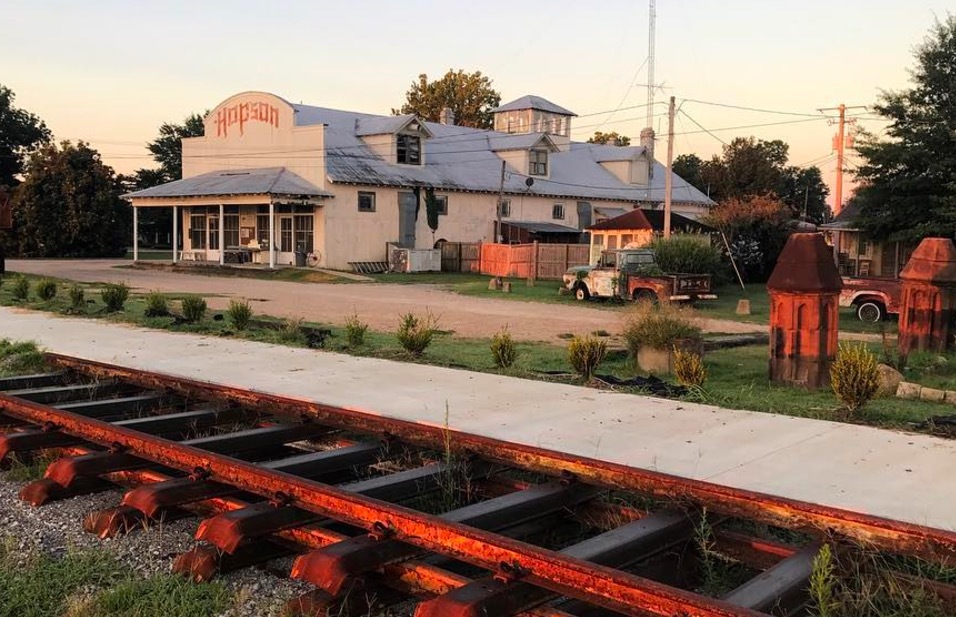 Instagram / @ericcoy
Ponder the perils of mechanization
Nineteenth-century cotton farming required multitudes of manual laborers to do the back-breaking field work—one reason why the Southern states were determined to hold onto their captive pool of enslaved African Americans. After the Civil War, the work continued, and so did the exploitation of black labor, via sharecropping and tenant farming. Even those difficult jobs dried up in the years following the Great Depression, when large-scale mechanization came to the Delta, effectively displacing thousands of workers, many of whom moved north in the second wave of the Great Migration. This history is all around you at the Hopson Plantation outside of Clarksdale. The grounds, cotton gin, commissary, and outbuildings have been preserved to look much as they did in 1944, when International Harvester put the first mechanical cotton picker to work right here. Nowadays there's a full bar and live music venue amid the vintage industrial signs, rusty farm machinery, and comfortably ramshackle furnishings. 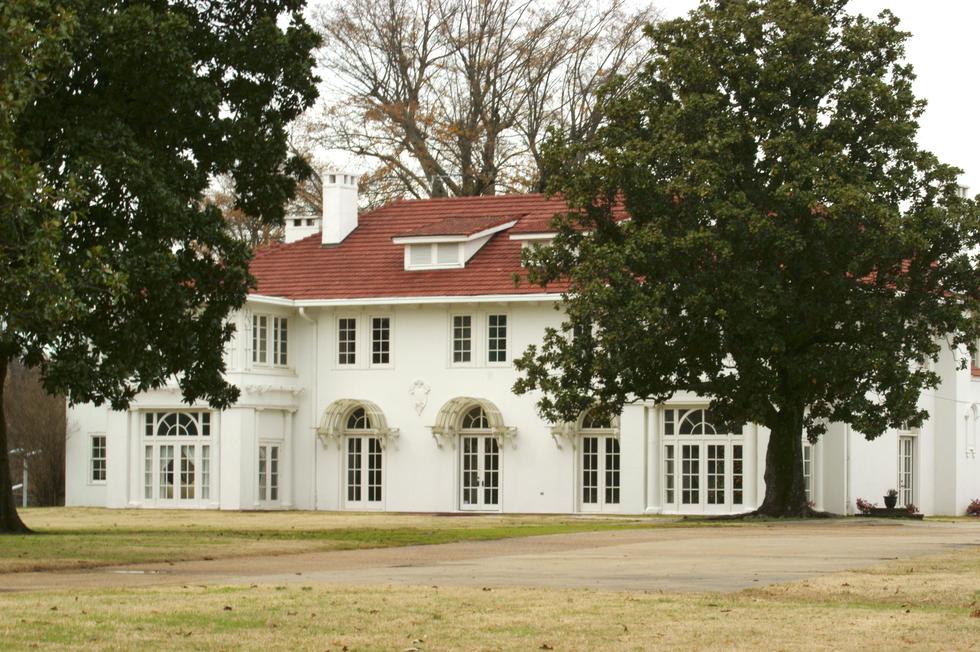 Playwright Tennessee Williams spent his early childhood in Clarksdale, absorbing source material for the haunted, doomed, and delicate Southerners who would populate so much of his work. You can take a walking tour of his neighborhood (maps are available at the Delma Furniss Hospitality Station on Highway 49 in nearby Lula), stopping at a park named in the author’s honor; St. George’s Episcopal Church (106 Sharkey Ave.), where his grandfather served as rector; and the Cutrer Mansion (109 Clark St.; pictured), said to be the model for Belle Reve, the lost ancestral home of sisters Stella and Blanche in A Streetcar Named Desire. Visit Clarksdale in October to catch the annual Mississippi Delta Tennessee Williams Festival, which features full theatrical productions, “porch plays,” lectures, and concerts. 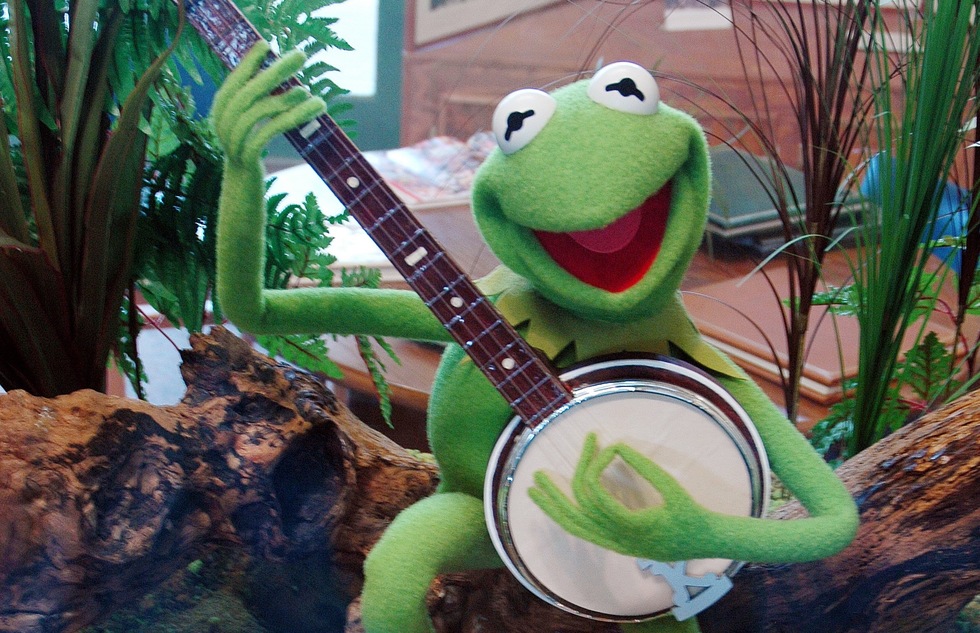 Musicians weren’t the only creative types to have sprung from the Delta in the 20th century. The town of Greenville has produced a remarkable number of published writers, perhaps most notably historian Shelby Foote, novelist Walker Percy, and progressive journalist Hodding Carter. An exhibit at the William Alexander Percy Memorial Library (341 Main St.), named for another Greenville literary notable, pays tribute to the town's many wordsmiths. Yet another hometown hero, Muppets creator Jim Henson, is celebrated in nearby Leland with a small museum full of videos and memorabilia including an original Kermit the Frog. The facility stands on the banks of Deer Creek, the renowned amphibian’s officially designated birthplace. 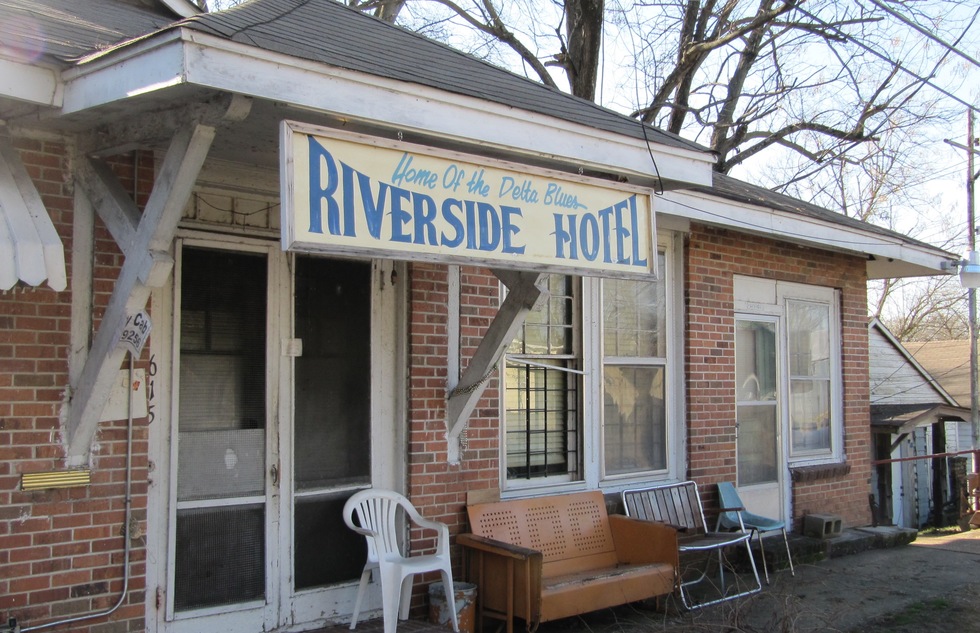 Several spots marking the way along Mississippi’s long and troubled (and far from finished) road to racial equality can be found in the region. Surely the most forlorn is the now-abandoned and dilapidated Bryant’s Grocery Store on County Road 518 in rural Money; it was here that black 14-year-old Emmett Till, visiting from Chicago, was accused in August 1955 of flirting with a white woman, for which he was murdered by her husband and half-brother. Another historic stop from the segregation era is the still-operating Riverside Hotel (615 Sunflower Ave.) in Clarksdale. When it opened in 1944, the one-story brick building became known for welcoming traveling musicians (Sonny Boy Williamson, Ike Turner, Robert Nighthawk, and many others) who couldn’t stay at whites-only accommodations. 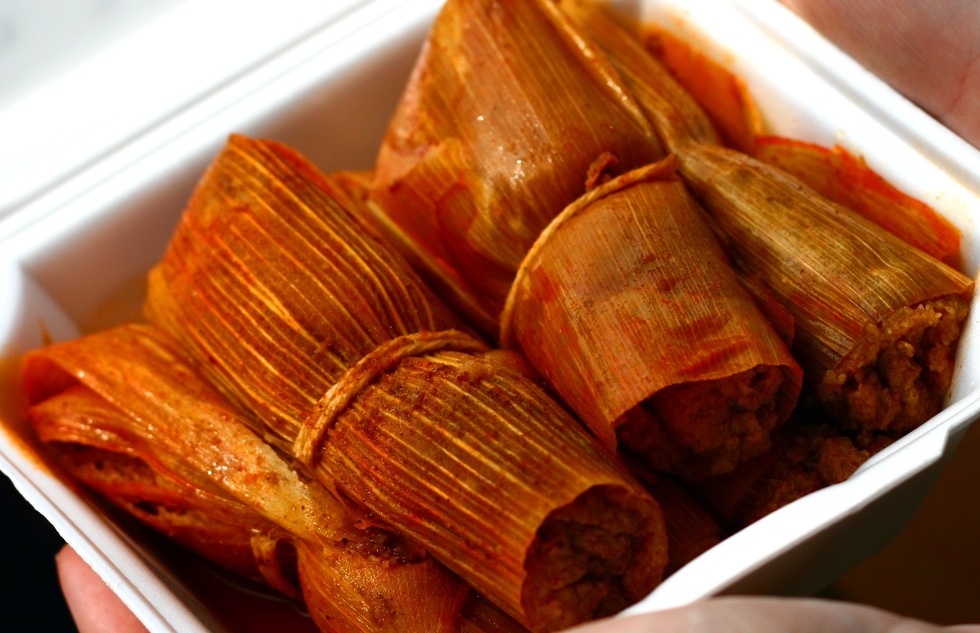 One of the great sensory joys of traveling through the Delta is digging into down-home, deliciously greasy, deliciously affordable Southern cooking served at family-run restaurants. Disregarding all calorie counts, you’ll need to try the burgers and fried dill pickles at the Hollywood Café (1585 Old Commerce Rd.) in Robinsonville, the catfish and fried green tomatoes with hollandaise and crabmeat at Rusty’s Riverfront Grill (901 Washington St.) in Vicksburg, and the acclaimed homemade pies (chocolate, coconut, lemon icebox) at the Crystal Grill (423 Carrollton Ave.) in Greenwood. You can go back to kale when you return home.