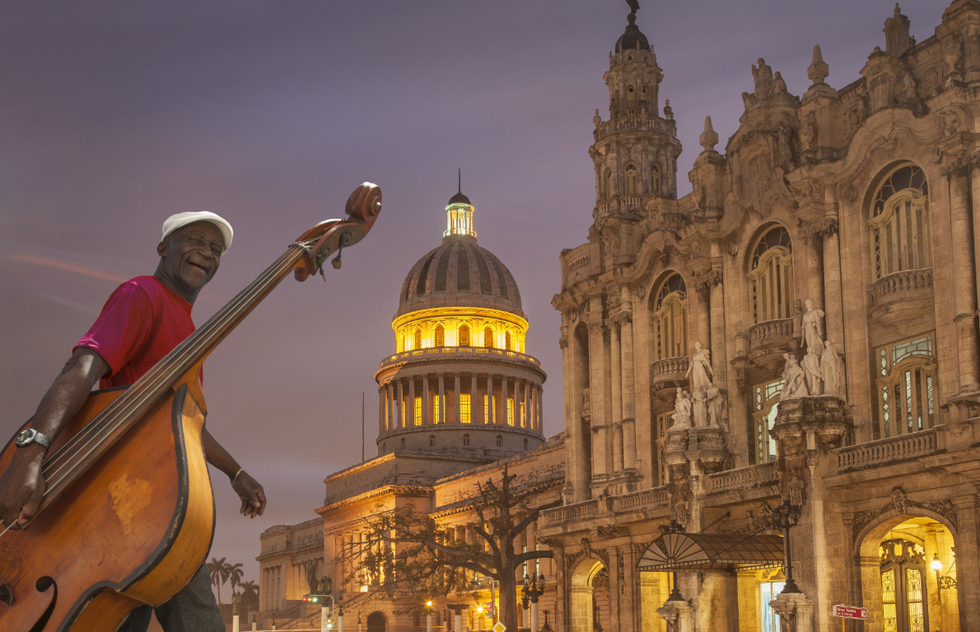 Visiting Cuba remains a complicated endeavor for U.S. travelers, owing to the six decades of strained relations between the two countries. But a new coffee-table book from luxury publisher Assouline lets readers appreciate the island's fascinating capital city from afar—and makes a compelling case for why Cuba is worth jumping through bureaucratic hoops for.

Set against a backdrop of grand yet crumbling architecture, the book's wide-ranging images capture Havana's music, art, and dance milieus, along with scenes of everyday Cubanos, whom Ruiz describes as "mesmerizingly warm."

Here's a selection of some of our favorite photos from the book.

Pictured above: a bass player in front of the Gran Teatro de la Habana

Some of Havana's famed 1950s-era, pre-revolution cars line the street in front of the National Capitol Building. In Havana Blues, Cuban artist Damian Aquiles (husband of the book's author) sees something inspiring in the never-say-die maintenance of these autos. "As anyone can tell from the vintage cars on our streets," he says, "Cubans know how to work with what we have and make it beautiful." 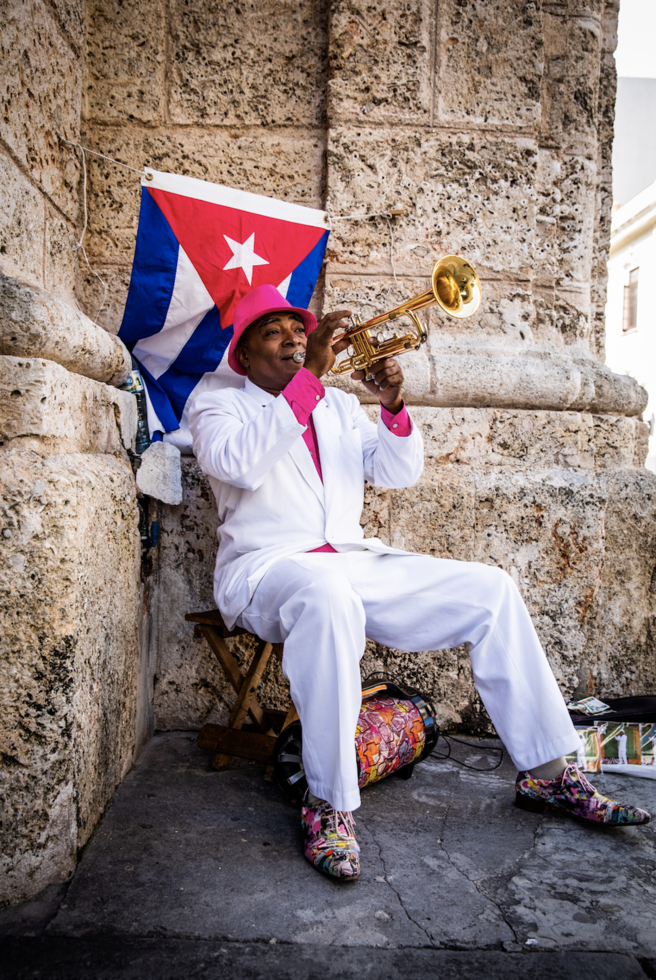 A trumpeter performs in Habana Vieja, the city's historic core known for its fading neoclassical architecture. The buildings may be past their prime, but music in Cuba continues to thrive. A product of the glorious synthesis of Afro-Caribbean and Western influences, Cuban music encompasses rumba, salsa, jazz, and pretty much any other danceable genre you can think of. 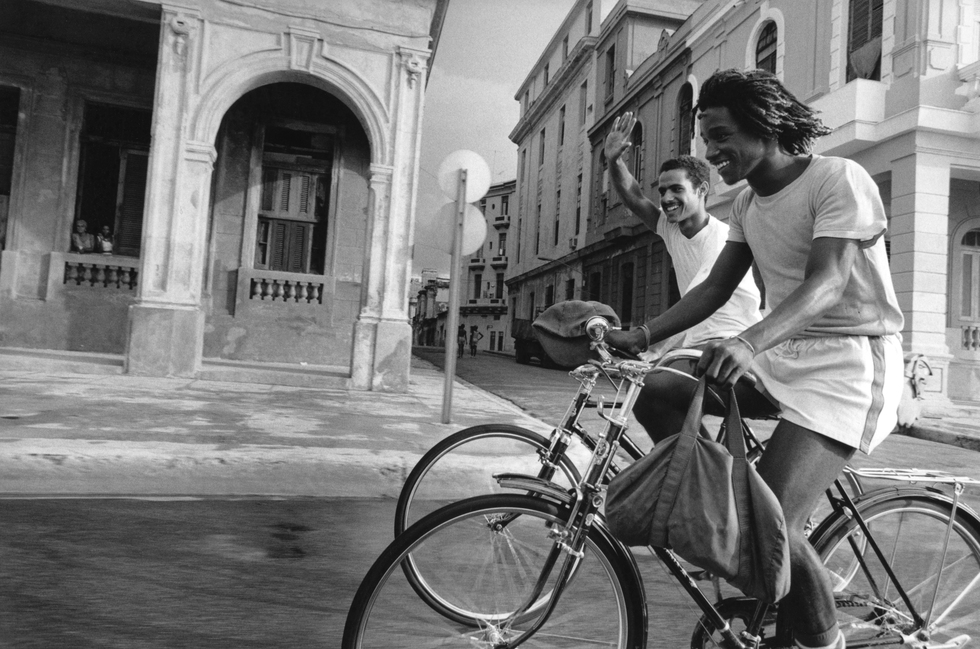 In her intro, Ruiz describes the people she has met on the island as "resilient, funny, endlessly inventive, proud of their culture and defined not by their jobs but by their passions—this is a country with a history of pushing through all obstacles and making wonderful things happen against all odds." 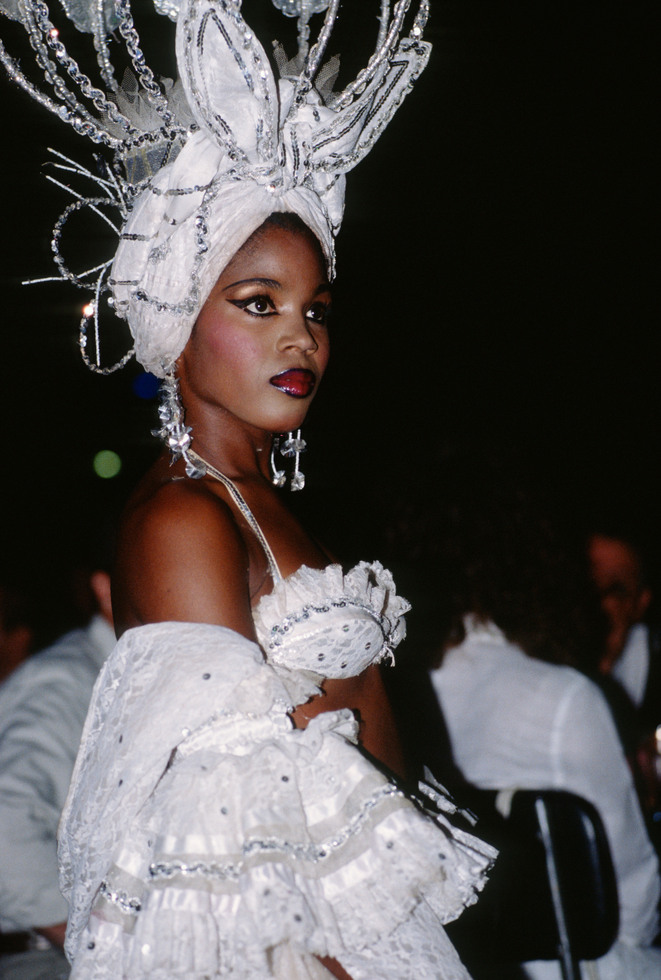 The world-famous Tropicana Club has been staging over-the-top cabaret shows at its lush indoor-outdoor property since 1939 (the photo above was captured around 1950). According to Havana Blues, the elaborate headpieces worn by dancers can weigh up to 20 pounds and require a team of two to secure in place. 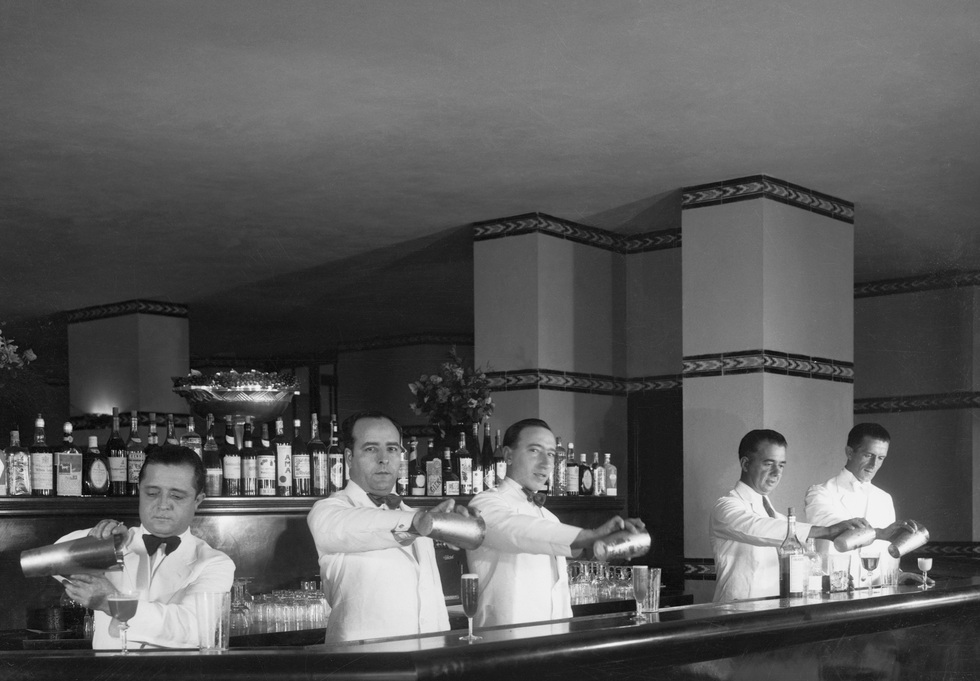 Starting in the days of Prohibition in the U.S., mobsters turned their attention to Cuba in hopes of making Havana a safe haven for well-heeled Americans seeking a nearby spot to drink rum, gamble, and engage in other vices. In the photo above, taken in the early 1930s, Havana bartenders compete in a local cocktail-mixing competition. 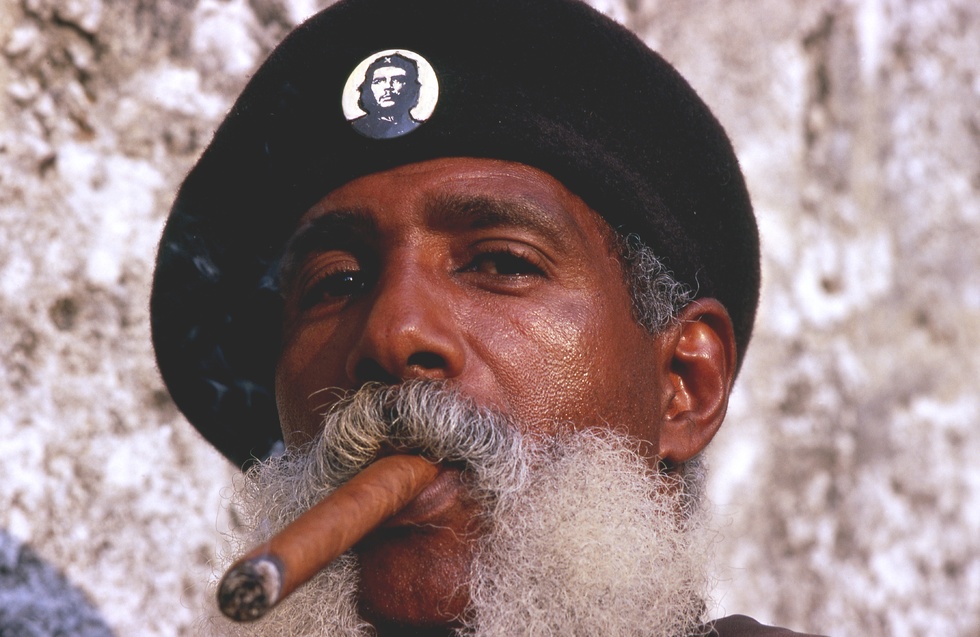 © Patrick Escudero /Gamma-Rapho/Getty Images
Revolution
American travelers' access to Cuba was of course cut off by the successful armed revolt led by Fidel Castro and company against the U.S.-backed presidency of Fulgencio Batista in the late 1950s. Here, a local sports a beret bearing a portrait of revolutionary Che Guevara and smokes a Cuban cigar—an item that's still illegal for Americans to bring back home, according to U.S. Customs and Border Protection. 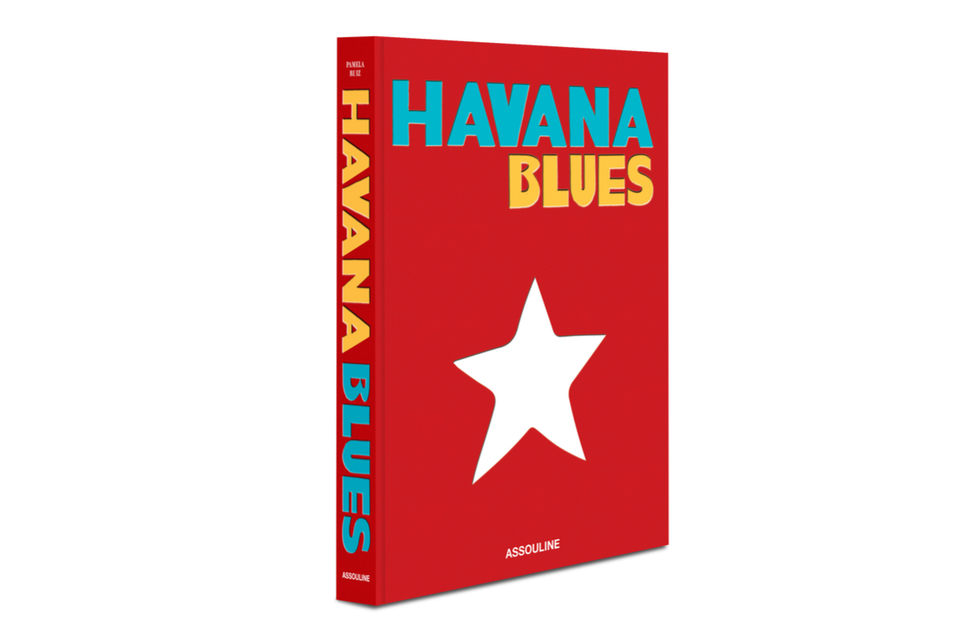 Havana Blues by Pamela Ruiz is available now for $95 at Assouline.com.