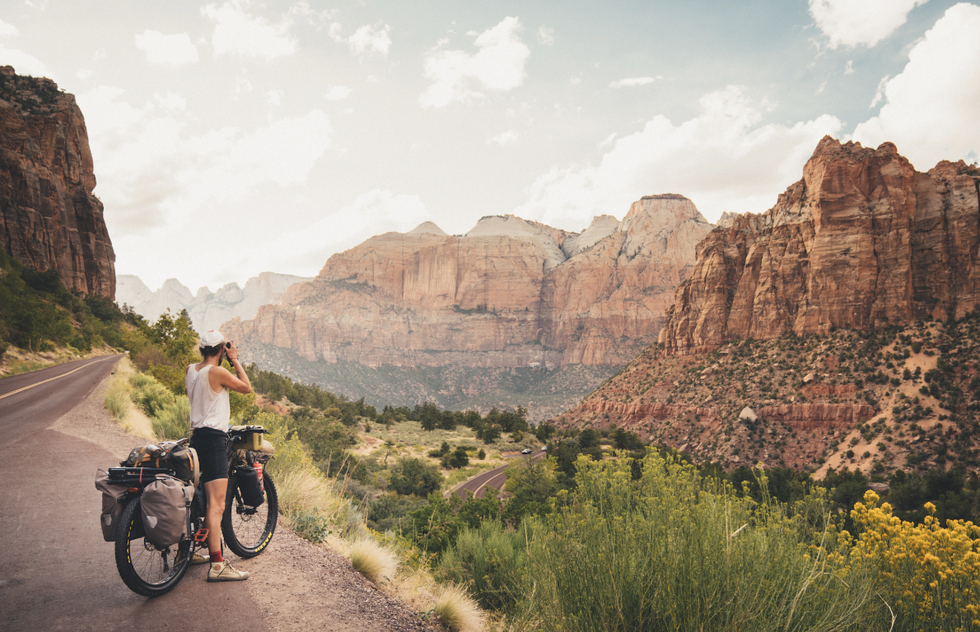 Two Years on a Bike: Photos of an Epic Ride from Canada to Argentina

Dutch travel writer and photographer Martijn Doolaard takes bike rides that last about as long as a grad school program.

His previous book, One Year on a Bike (published by Gestalten in 2017), chronicled a 17,000-kilometer (about 11,000-mile) two-wheel journey from Amsterdam to Singapore.

The sequel, released by Gestalten in January 2022, is even more ambitious. Two Years on a Bike follows Doolaard as he pedals his way down almost the entire length of North and South America, starting in Vancouver, British Columbia, in 2017 and ending on the southernmost tip of Argentina exactly 816 days and 19,788 kilometers (12,300 miles) later.

In diaristic text and majestic landscape photos, the book takes readers through coastal redwood forests in California, jungles and remote villages in Central America, head-spinning passes in the Andes mountains, and the stark steppes of Patagonia.

A "bikepacking" nomad, Doolaard strapped what he needed to his ride and spent most nights camping in a one-person tent. The combination of the minimalist lifestyle and the maximalist itinerary allows, as the publisher puts it, for an exploration of what it truly means to be at home in the world.

Scroll on to see some of our favorite images from the book. 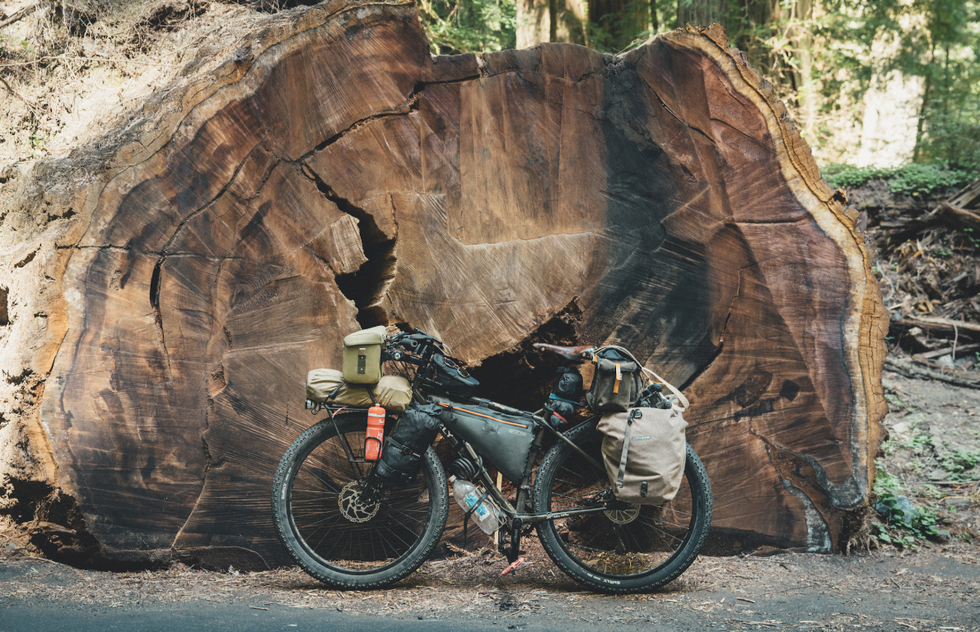 Two Years on a Bike, Martijn Doolaard & gestalten 2021
Avenue of the Giants, California

Doolaard describes his first encounter with northern California's mighty redwoods early on in the journey as an "otherworldly experience." This shot, taken along the scenic highway that goes through Humboldt Redwoods State Park, shows off Doolaard's trusty ride, the Surly ECR, chosen for its fat tires that would make dirt roads "more butt-friendly." 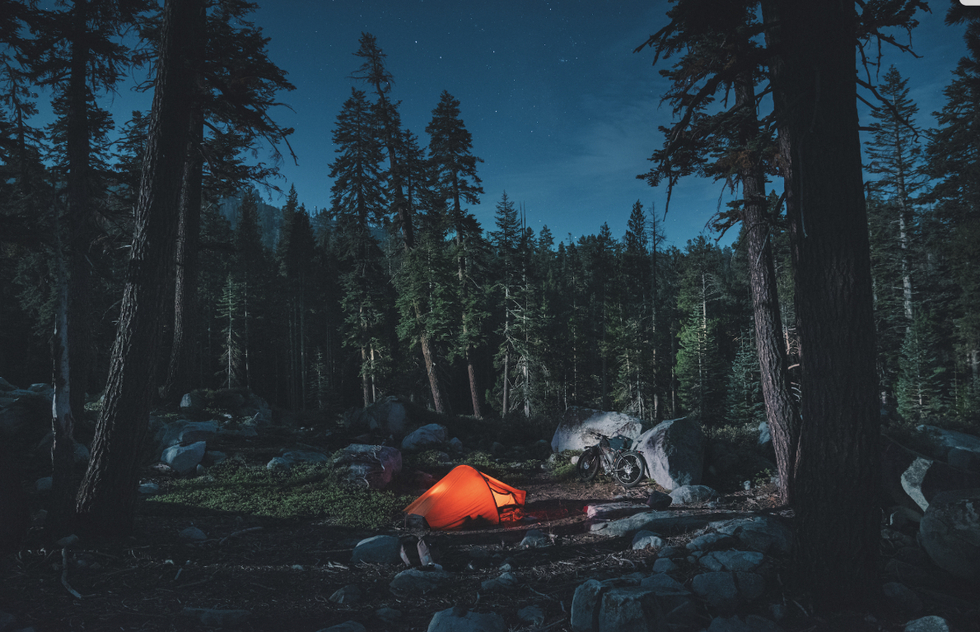 Doolaard estimates that he camped in forests, on beaches, and next to cliffs for about two-thirds of the trip, staying in hotels, hostels, Airbnbs, and friends' homes the rest of the time.

"But," he writes, "nothing beats starting the day by brewing a cup of coffee in the morning dew with the smell of pine needles wafting about, or stirring hot porridge on a snowy mountain pass, or toasting potatoes in the embers of a crackling campfire, dreaming about the road ahead."

Anybody else getting an urge to go shopping for tents? 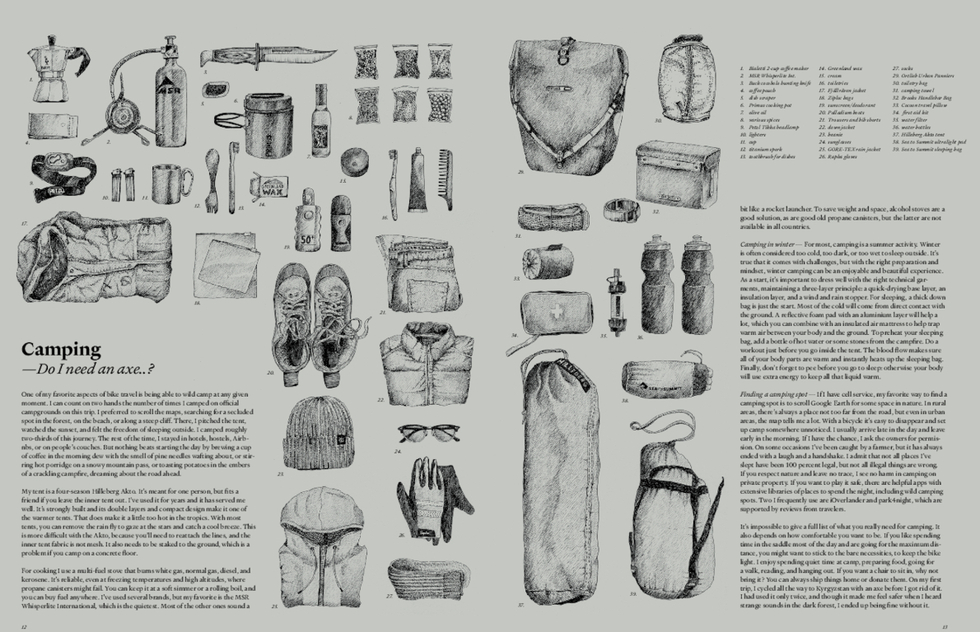 Here are the 39 essential items Doolaard carried in two panniers on the back of his bike. "Every bit of additional weight matters," as the Washington Post explains, so long-distance riders strive to eliminate all unnecessary items. "For 816 days on the road," the newspaper continues, "Doolaard ate off a titanium spork and scrubbed dishes with a dedicated toothbrush." (Okay, maybe we won't be replicating this particular journey anytime soon.) 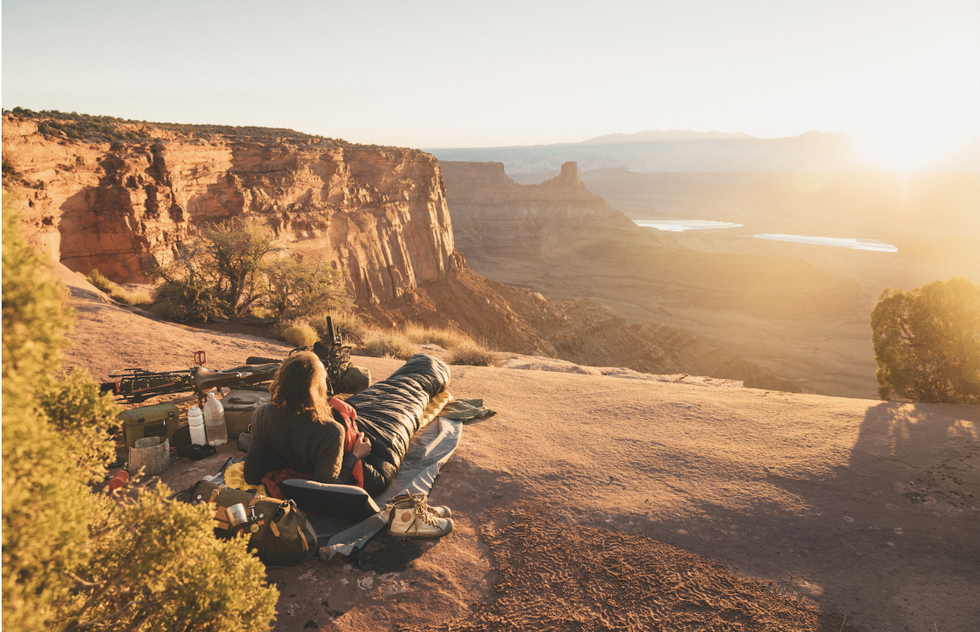 Turning inland from California, the bicyclist wisely saved the deserts of Arizona and Utah for after summer. Would you want to exert yourself at a place called Dead Horse Point in the heat of August?

The Moab state park makes up for its foreboding name with a spectacular overlook with views encompassing the Colorado River and the Martian landscape of Canyonlands National Park. 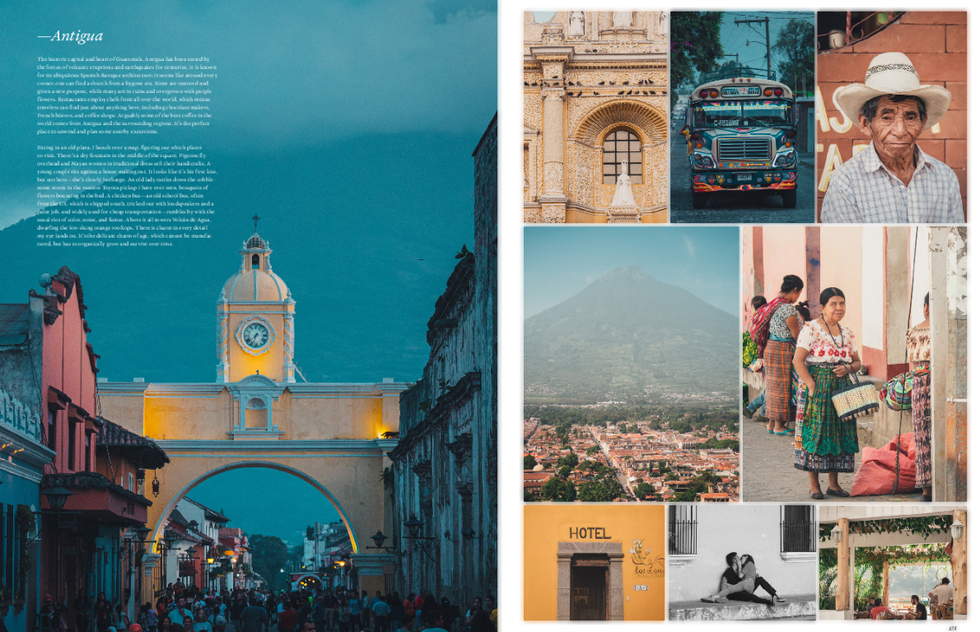 A notable stop during the Central American portion of the trip is the volcano-ringed city of Antigua, Guatemala, where Doolaard spots purple flowers growing from the ruins of a church built centuries ago by the Spanish, tastes "some of the best coffee in the world," and encounters the "rustiest Toyota pickup I have ever seen" rattling down the cobblestone streets. 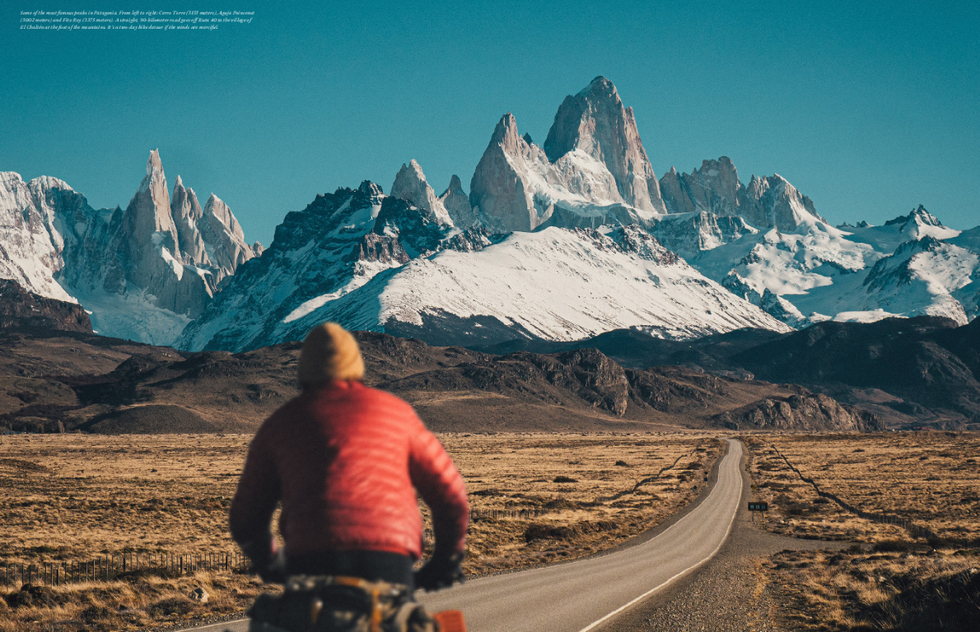 After traversing the Andes—one of the longest mountain ranges on earth—the adventure ends in southern Chile and Argentina, where Doolaard wheels through Patagonia's daunting landscape of deserts, alpine forests, and, most challenging of all for a cyclist, constant winds. Here, you can see three of the region's most famous peaks (from left to right): Cerro Torre, Aguja Poincenot, and Fitz Roy. 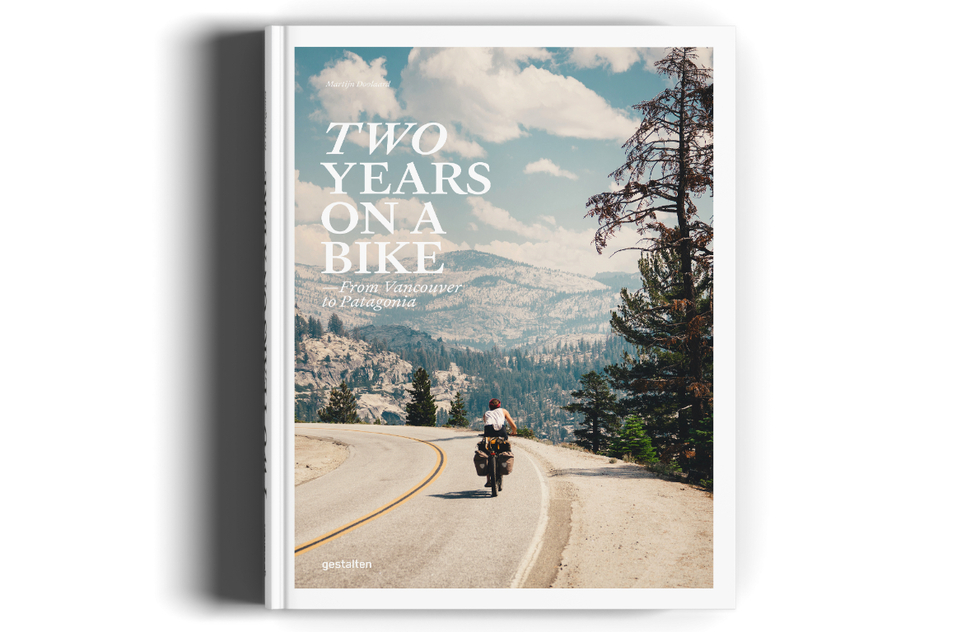 Martijn Doolaard's Two Years on a Bike: From Vancouver to Patagonia ($60; Gestalten) is available now in bookstores and from online booksellers.