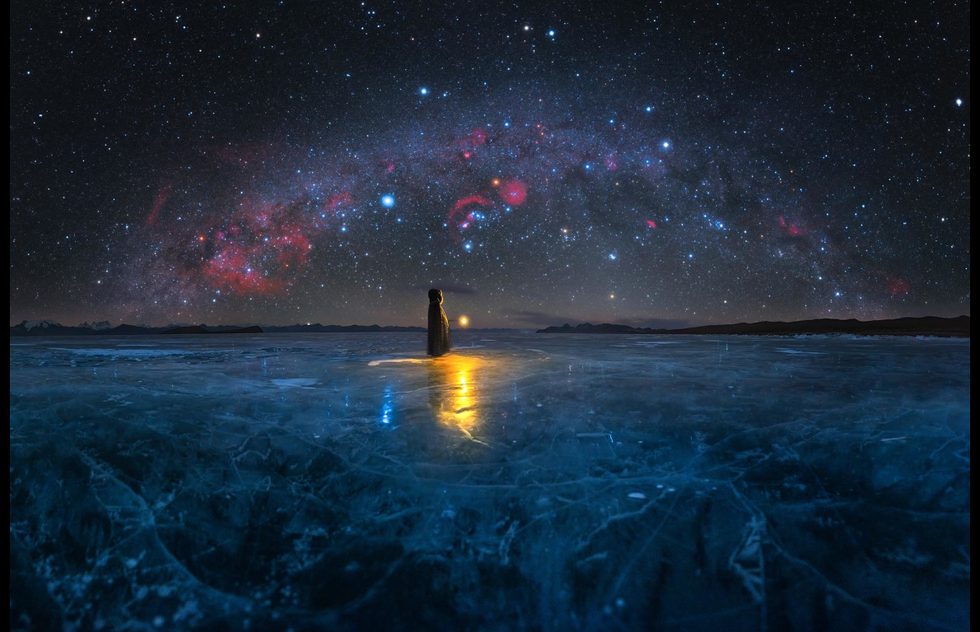 Amazing Stargazing! Stellar Views of the Milky Way from Around the World

May and June are the best months for seeing the Milky Way's luminous, hazy band of distant stars in the night sky in both the northern and southern hemispheres, according to the travel photography website Capture the Atlas.

To coincide with the cosmic display's peak season, the site gives out its Milky Way Photographer of the Year awards each May to 25 artists whose cameras captured some of the previous year's most impressive stargazing.

The class of 2022 showcases photos shot in a dozen different countries around the globe, demonstrating the spectacle's visibility everywhere from above lavender fields in Provence to a frozen lake in Tibet (pictured above).

Capture the Atlas editor Dan Zafra curates the annual collection, he says in a news release, with an eye toward celebrating both established and emerging talents while inspiring the rest of us to plan stargazing trips of our own.

You'll need to find a spot with high elevation and low levels of light pollution to improve your chances of catching sight of the Milky Way in person.

But first, scroll on to see a selection of 2022 Milky Way Photographer of the Year images that will make you want to head for the nearest Dark Sky Park by nightfall.

Pictured above: "Ice Age," shot by Alvin Wu in Tibet 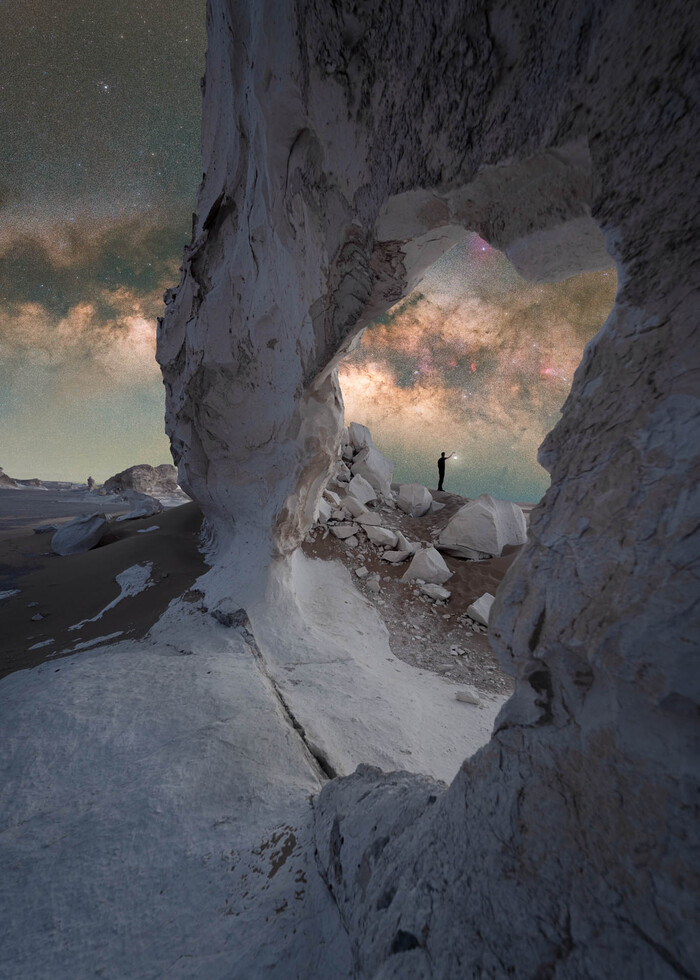 “Egyptian Nights” by Burak Esenbey
White Desert, Egypt
Egypt's aptly named White Desert offsets the starry sky in Burak Esenbey's shot. "In addition to [the desert's] photogenic sand dunes, there are also a lot of particularly shaped rock formations," Esenbey's caption at Capture the Atlas explains. "Due to the many sandstorms, many of these rock formations are uniquely shaped and thus offer a wide variety of compositions." 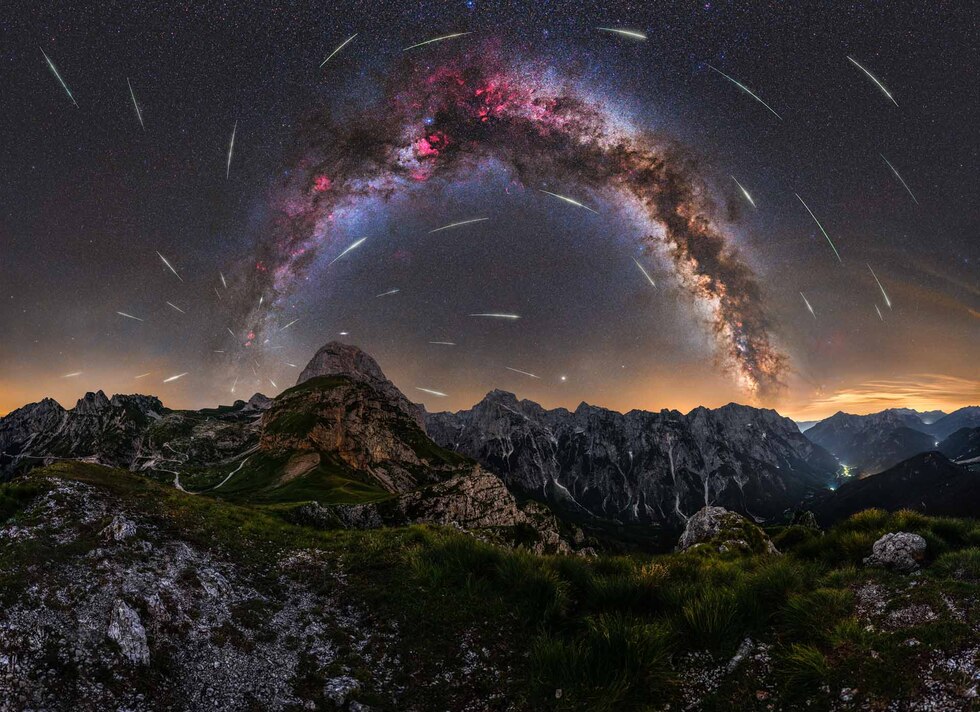 Photographer Uroš Fink captured two astronomical stunners at once—the Milky Way and the Perseid meteor shower—during a 2021 trip to the Mangart Saddle, a 2,072m (about 7,000-ft.)-high mountain pass in the Julian Alps of northwestern Slovenia. "What always excites me about photographing the night sky is that you never know what to expect," Fink tells Capture the Atlas. "Surprises are happening all over the sky." 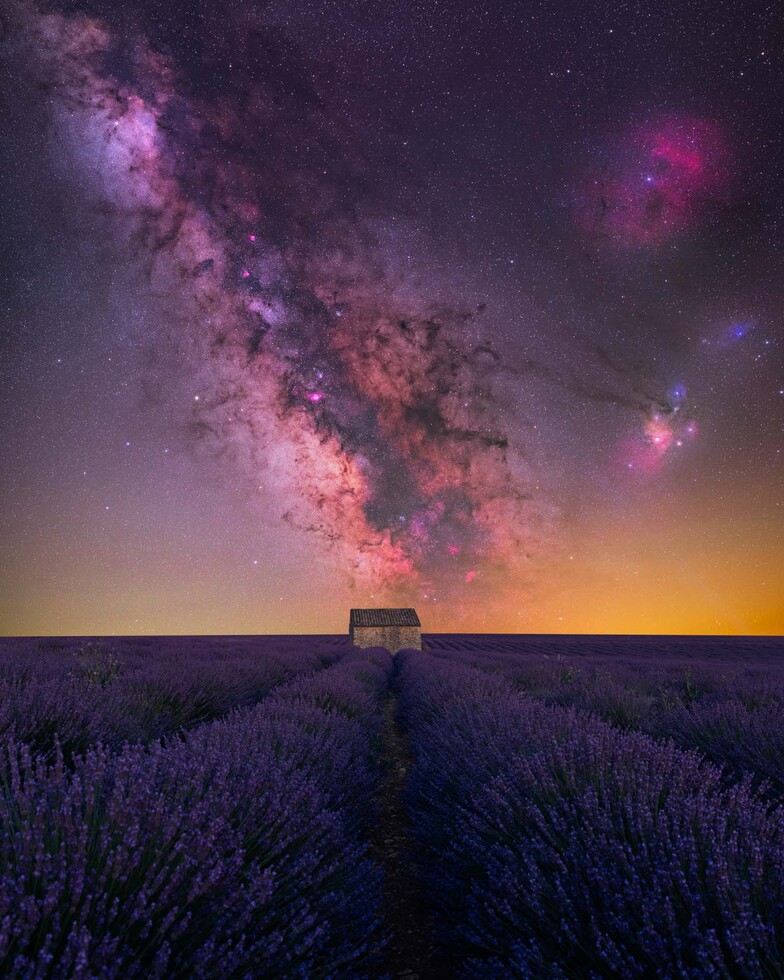 “House of Lavender” by Benjamin Barakat
Valensole, France
In addition to being a good time for Milky Way viewing, summer is primetime for lavender in Provence—a confluence of factors that led to this bonanza of purple photographed by Benjamin Barakat in the village of Valensole, set on a plateau in southeastern France. "The smell and atmosphere of these lavender fields are unreal," Barakat's caption reads, "and standing there among them in the middle of the night is blissful, especially since the bees have gone to sleep and you don’t risk getting stung!" 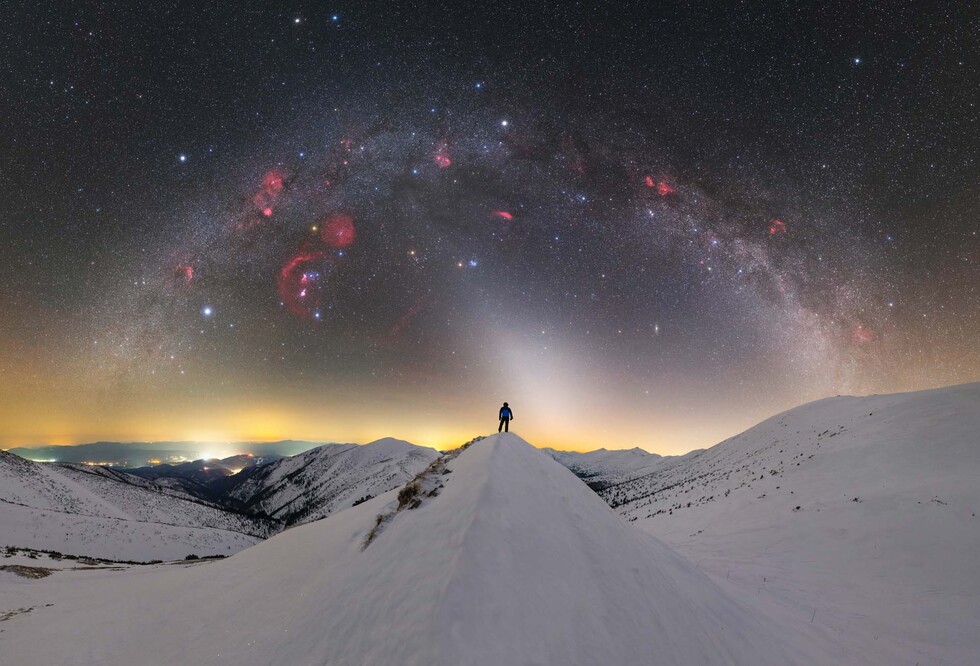 Though less visible in winter, the Milky Way can still dazzle in the cold-weather months, as shown here by Tomáš Slovinský. That's the photographer standing atop a peak in Slovakia's Low Tatras range, on a night when the temperature dipped to -14 degrees Celsius (about 7 degrees Fahrenheit). 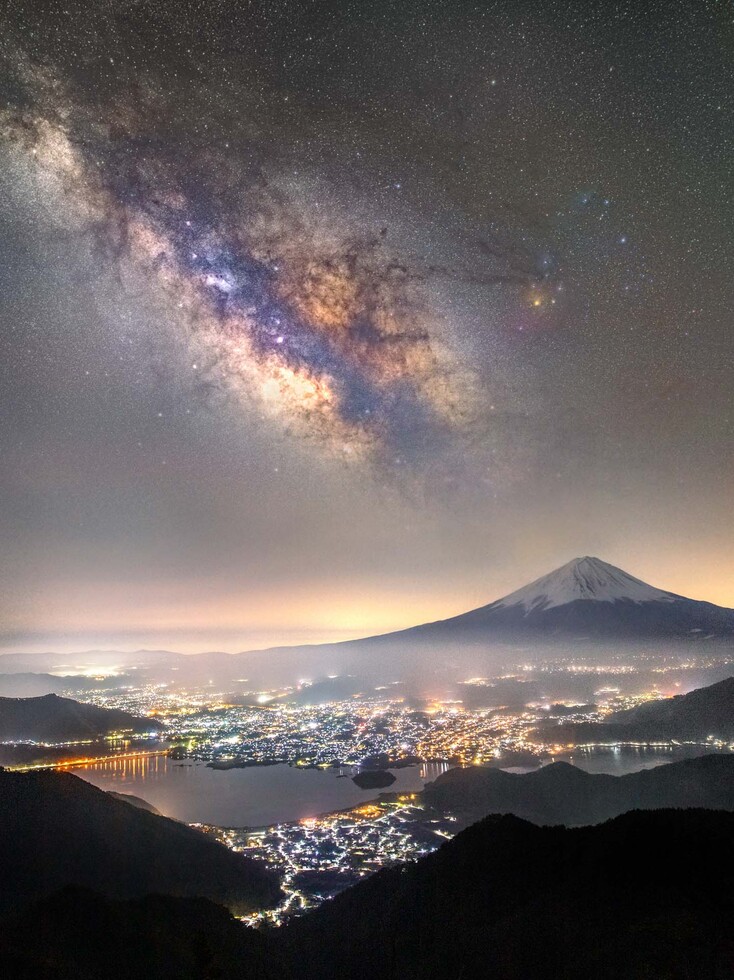 And here's a spring view, taken from Fujiyama Twin Terrace, an observation deck overlooking Japan's mighty Mount Fuji. According to photographer Takemochi Yuki, spring is the only time of year you can reliably see the mountain and the Milky Way from this angle—in winter, snow often makes the site inaccessible, and in summer the Milky Way rises westward and out of frame. 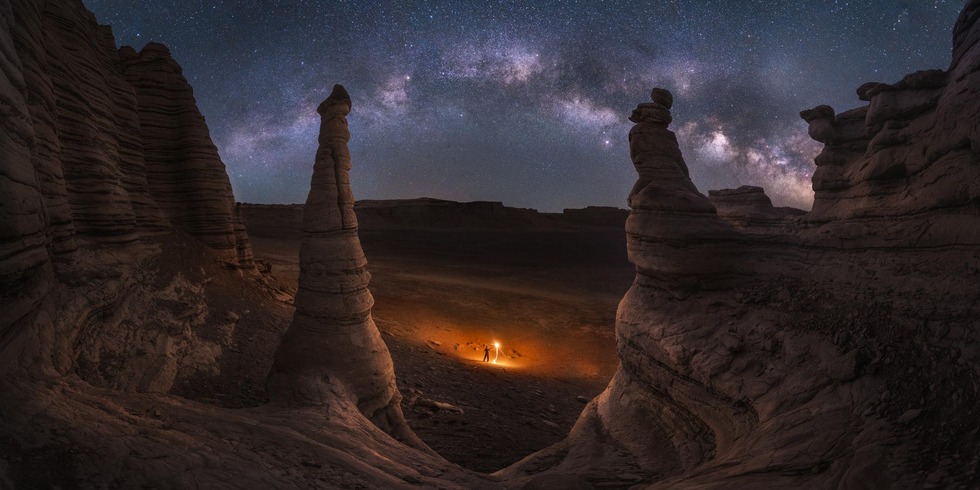 “Lightning the Milky Way” by Jinyi He
Xinjiang, China

The forbidding desert landscape of Xinjiang, an autonomous region in China's northwest, serves as the setting for Jinyi He's shot. The territory's fierce winds turn rocks and cliffsides into eye-catching shapes over millennia—which, from the perspective of the stars in the Milky Way, qualifies these ancient formations as young whippersnappers.