Thank you for subscribing!
Got it! Thank you!
Home›Tips & News›Air Travel›Basic Economy Fares: What You Get and What You Lose, Airline by Airline 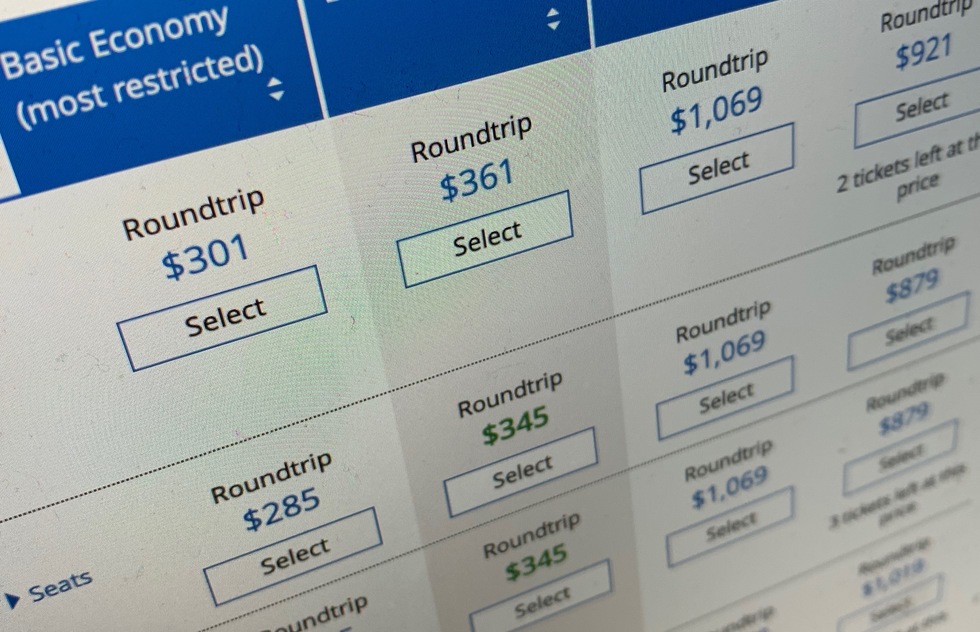 Basic Economy Fares: What You Get and What You Lose, Airline by Airline

United vs. American vs. Delta vs. Alaska: How to know when you'll save money using "basic economy" fares on the U.S. airlines—and when you're better off spending more for a higher fare class.

Despite what airlines say, "basic economy" fares do not mean lower fares for everyone. In fact, they have increased prices for most of us because they now label the lowest prices as basic economy but charge more for things that were previously included in a fare (such as seat assignments, carry-on bags, and snacks). Those fees can add up for families in particular, because those with children, for example, will want to sit together.
Each airline has its own set of rules about what basic economy means, and third-party websites and search engines may not be clear about what differentiates a basic economy fare from other fares, tricking shoppers into thinking they'll pay less than what they actually end up paying. JetBlue announced plans to add its version of basic economy soon. Southwest, which does not appear on third-party sites, is now the only major carrier that has not announced plans to offer the restrictive base fare.


Does a low-fare, fee-heavy airline like Frontier or Spirit or basic economy fare on another airline actually save you money after all the extras like seat assignments and bags are factored into the equation? Sometimes, and sometimes not. Travelers must anticipate their needs and do a little math to find out.

Cons: Saver Fare customers will board last, which means limited space for carry-on bags. You can’t fly standby for other flights, and you also can’t can make a change or cancel a ticket after the 24-hour cancelation period has passed.

Pros: While only a limited number of reserved seats might be available, some customers booking a Saver Fare may be able to choose a seat assignment when they reserve. Once those are exhausted, however, seats will be assigned at the gate. A carry-on bag and personal item are permitted, but only if you can find space to stow them. You’ll still earn frequent flier miles based upon the distance flown. These will also count toward elite status, and for those fliers who would like to pay more for a better seat (including first class), that option is still possible. Everyone is treated to free drinks and a light snack on board.
The best scenario: If you're traveling solo with limited carry-ons and no particular seat preference. Last-minute fares can be cost-prohibitive, so this fare can help save some cash.


Terrible for: Families that want to sit together or those who travel with a full-size carry-on bag that they don’t want to check. Business travelers will loathe the ban on changes or standby options.


Rules for elite members: No free upgrades, no waived change fees, no standby for other flights. They do get priority boarding and miles that qualify toward elite status, though.

Cons: Labeled as a “B” fare, it comes with zero possibility to make changes or cancel it after 24 hours of reserving the ticket. You can bring a carry-on bag plus one personal item, but you will be in the last boarding group, so space will be limited and you may be forced to check your bag at the gate to pick up at your final destination. Seat assignments are only possible within 48 hours of departure on domestic flights (but at time of booking for transatlantic flights), so middle seats are likely. For flights to Europe, you must pay to check a bag.


Pros: You still get free snacks and non-alcoholic drinks on board plus access to onboard entertainment systems including streaming content on personal devices. Fliers still earn miles at the normal rate although the “elite qualifying miles” (EQMs) earned toward elite status are cut in half.

The best scenario: If you're traveling light with no need for a particular seat in advance. These fares can be a great deal because they often match the competition from the low-cost airlines.


Terrible for: Families that want to sit together, those that travel with a standard carry-on bag, or business travelers that need flexibility. Remember, if flights are delayed or canceled, priority goes to people who purchased higher fares.


Rules for elite members: No free upgrades, but they do get priority boarding. Remember that EQM earnings, which help you qualify for elite status, are halved on these fares, making it harder to reach the next level.

Cons: Known as an “E” class fare, changes or cancelations are not permitted once 24 hours have passed since the purchase. Seat assignments can only be made at check-in, and there is no guarantee that those traveling together will be seated next to each other—so on Delta, families beware. Sometimes, you may have to wait for a seat assignment at the gate. For those who want to check a bag, a fee is required on both domestic and international flights. Even if you hold elite status, you lose the opportunity to score a free first class or Comfort+ upgrade. Since basic economy ticket holders board last, it is likely they won’t find overhead bin space and will have to gate-check their bags to their final destination.


Pros: Free snacks and drinks are available and so is free entertainment such as live TV via seatback screens (on the planes that have them). Travelers earn frequent flier miles plus elite status-qualifying miles at the normal rate.


The best scenario: If you're a last-minute flier looking for a bargain and traveling light.
Terrible for: Families traveling together and people who don’t like the potential of being squished into a middle seat.

Rules for elite members: Priority boarding is allowed, and full elite-qualifying miles are a plus. No preferred seating options are included, though.

Cons: This is one of the most heavily restricted basic economy fares and is known as an “N” class fare. United won’t assign a seat to a basic economy ticketholder until boarding, and the seat cannot be changed once assigned. (They can be assigned for a fee before departure, however.) United does not permit carry-on bags other than a small item that fits under the seat, which means additional scrutiny during boarding—gate agents usually inspect what you’re carrying. If you appear at the gate with a larger carry-on bag, the standard fee plus a gate handling penalty will be charged to have the bag checked to the final destination. A checked bag fee is also applied on transatlantic flights for basic economy fares.

Pros: Frequent flier miles and elite-status qualifying miles (EQMs) and dollars are still awarded, but EQMs are halved. Free snacks and drinks are still available to everyone. Passengers have the option of paying extra to assign a seat before departure.
Terrible for: Families who need to sit together, business travelers that want flexibility, and control freaks that like to know where they are sitting.


The best scenario: Carry almost nothing, and prepare to sit in any economy seat on the plane. Be the kind of person who is satisfied with the knowledge that changes (like everything else with the ticket) are not allowed.


Rules for elite members: No free upgrades, but they may get advanced seat assignments and priority boarding. They can also bring aboard one carry-on bag plus a small personal item.
Air Travel
Money and Fees
News
Other Discounts