Thank you for subscribing!
Got it! Thank you!
Home›Tips & News›Air Travel›How to Sleep on a Long Plane Flight: Here Are 24 Tips You Should Try 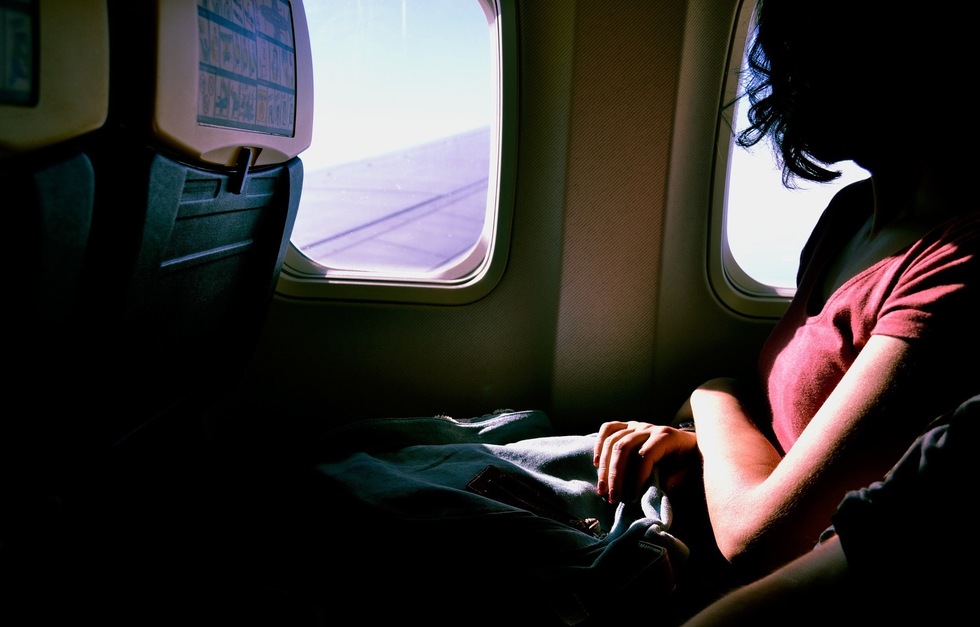 How to Sleep on a Long Plane Flight: Here Are 24 Tips You Should Try

Over the years, I have developed some tricks for sleeping on airplanes—long flights, short flights, or any trip on which you need to get some shuteye.

I've been traveling for years, and in my unscientific opinion, the worst part of long flights isn't adjusting to the time difference. It's that they deprive you of sleep. Jet lag can be a bulldozer that flattens you for your first two days of vacation, wasting precious, hard-earned time.

After cumulatively spending many weeks of my life aboard planes, I have learned that even the gnarliest time difference can be overcome fast if you step off the jetway feeling rested. I can't promise the best night's sleep of your life. But so-so sleep is better than no sleep. Try one—or many—of these methods.

Reserve a window seat. Window seats are against the wall of the plane, which you can lean on. You'll get slightly more space and you'll be less likely to get nudged by your neighbor, making it far easier to drift off. Passengers in middle seats and aisle seats are prone to being jostled by others.

Try to get a seat with an empty spot beside you. This may be impossible given the way airlines now cram bodies into every available nook, but it's worth going online the night before to look at the seat map. The problem is that windows are the first to go, so it's not usually easy to get both a window and an adjoining empty seat.

Book nonstop flights. People tend to dread super-long routes of 10 hours or more, but in fact, you're much more likely to catch enough sleep on one of those than on one that's shorter than six hours or broken up into legs.

Wear comfortable clothes and comfortable shoes. Do not go barefoot. It grosses out other people. Bring cozy socks if you must.

Make sure your seat belt buckle is visible. Otherwise flight attendants are bound to bother you if turbulence hits.

Decline the meal. Nothing whittles away at precious rest time than being interrupted by dinner two hours into the flight. Concentrate on rest and only rest. You can eat at the end of the flight. If you need something in your stomach in order to sleep, bring a snack.

Don't watch movies. You have the rest of your life to watch Netflix. Sleep now so your first day of vacation isn't a total waste.

Use earplugs. For all the obvious reasons.

Use headphones, preferably noise-canceling ones, on top of those. Because earplugs are never enough if there are babies nearby. (Sorry, babies.)

Consider playing very faint music in those headphones. It makes for triple protection from sudden noises. I like to use the plane's classical music selections because there are no words or predictable rhythms to focus on.

Turn off the seatback screen or tune it to the flight map. The changing patterns of a flickering screen will disturb you.

Board tired. The night before, cheat yourself of a couple of hours of sleep—not more. This works well for very long flights that last long enough to get your usual hours of rest. For flights that are just a little too short for that, like a 5-hour run from New York to Paris, this tactic can be risky. For those, since you know you'll never have enough time to get what you need, just try to steal as much time as you can.

Take a melatonin pill. That's the hormone that our bodies use to put us to sleep naturally. Pop the pill a few hours before the flight. It's an assist, but it won't knock you out if you're not already inclined to sleep. Buy it at home, because it's not sold in some countries.

Put the blanket over your head. I don't care if people think I look weird and send my picture to Passenger Shaming. I'll be arriving bushy-tailed while they arrive like shambling zombies. Something about retreating into my personal cloth bubble helps me drift away. It's psychological. Or maybe it's the decreased light. Or the overdose of carbon dioxide. Whatever—it often works.

Use a sleeping mask and/or neck pillow. These have never worked for me, but your results may vary.

Bring something soft from your bedroom. Even something as small as a pillowcase will carry the scent of home that your brain associates with bedtime. This works especially well with kids.

Lotion up. Some people swear by relaxing scents: lavender, chamomile, rose, bergamot, sandalwood. This strategy may be considered rude by your neighbors, though. Not everyone tolerates perfumes.

Sip a hot beverage. Herbal tea (chamomile or lavender) is great, and it's easy to bring your own as long as you can locate a flight attendant to bring you some hot water. Avoid caffeine, and yes, green tea contains caffeine.

Tighten every muscle in your body as hard as you can. Do it for 30 seconds, then rest for 10 seconds. Do that four times. Then relax with your eyes closed. I don't know why this works for some people. Maybe the exertion releases endorphins that help them along.

Pull your carry-on out from under the seat and put your feet on it. This works when your knees start aching after many hours, and it brings your body a touch closer to the fetal position that many of us default to when we're at home in our beds. (Pack things that can't be damaged in the bag's top layer so you can put the weight of your legs down.)

Place your carry-on in your lap. Yes, another thing that I know makes me look weird, but in truth, I'm the smart one. We all know the degree of incline of the average airplane seat is near vertical. A nice bag gives me something to lean over, and put my arms across, that supports me as I snooze. You've probably already tried to lean forward on the tray table with miserable results. This is the same principle, but better.

Booze. This isn't a great idea for everyone, nor is it good for hydration. But for some people, a cocktail or two does the trick. Some doctors warn that alcohol results in poor-quality sleep, but Doc, I have never had a truly deep slumber on a plane anyway, so I'm using every tool in my toolbox. My rule: Avoid beer because that will make you go to the lavatory too often, and stop after only one or two drinks, because alcohol has a much stronger effect when you're in the air. If you get drunk, you will feel it tomorrow. Have only enough to relax.

Schedule flights to arrive late in the afternoon. That way, if you didn't sleep enough, you'll still have that night to catch up before exhaustion starts ruining your touring time.

When everything else fails, tell yourself that all you really need to do is close your eyes and rest quietly. Stop fidgeting, mentally detach from the flight, and tell your body that simply resting without movement is better than nothing. Because you've taken the pressure off yourself, you might just fall asleep anyway.

Do not enjoy an "Ambientini." Ambien with a vodka chaser is a great recipe for having to go to baggage claim in a wheelbarrow or on a gurney. It was funny when it was Kristen Wiig in Bridesmaids, but in real life, it can result in impaired motor control, breathing difficulties, and emergency landings. Chloroform is generally frowned upon at your typical TSA checkpoint, too.

Whatever method you use, the goal is to try to match your destination's clock as soon as possible. Try to arrive at your destination so that you think you have a sporting chance of staying awake for that first day and going to bed at a reasonable hour or about 2 to 3 hours before it. If you can do that, Day Two will feel almost normal.

Even if you looked weird getting there.