Thank you for subscribing!
Got it! Thank you!
Home›Tips & News›Air Travel›How Families Can Sit Together on Airplanes 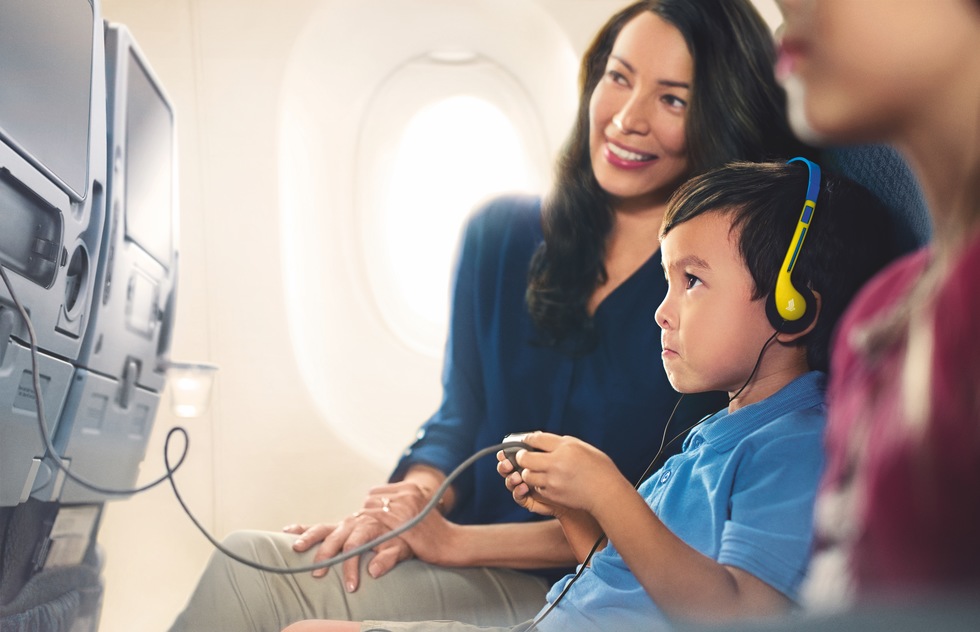 How Families Can Sit Together on Airplanes

Paid seat reservations have turned airline cabins into competitive arenas. If you want to make sure you sit next to your children, you need a survival guide for the battle.

Families who need to sit together on a flight often encounter the turbulence of extra fees, unfriendly boarding procedures, and random seat assignments. Airlines have made things so hard for families that to reserve plane seats next to your children, you now need a survival guide.

Sometimes, families have no choice but to make sure they reserve certain seats. The situation becomes more complicated when you’re traveling with toddlers nestled in a child restraint system (FAA-approved car seat). The device must be anchored in a window seat to prevent blocking aisle access, yet it may not be in, in front of, or behind an exit row.

The most important rule to make sure you all sit together: Book flights and reserve seats early. That’s the simplest and cleanest way.

Second, list all family members on the same reservation. If someone booked at a different time, link their reservation to yours. This signals that you want to sit near each other, and sometimes, airlines will use that information to make it happen early.

Third, if you're a family of four or more and you're stumped, look for two seats together, which are easier to find than four together. Seat one adult with one child and the other with the other child. The one-on-one attention makes a great start to any trip, anyway.

Alaska Airlines assigns the majority of its cheapest Saver fare seats at the gate, which is too risky if your crew needs to sit together, so eschew this ticket class for Main cabin fares that allow you to reserve seats for free. This raises the fare by around $20 per ticket, but it solves the problem.

Pre-boarding: Families with a tot under 2 years old may board early.

American states that for families traveling with children under the age of 15, the airline’s automated system places everyone together even if they booked Basic Economy, the no-frills fare that normally forces you to get your seat assignment at the airport. That’s thoughtful, so make sure your kids’ ages are included in your reservation. Your seat assignments should appear 48 hours after your booking.

For those flying “regular” economy (Main Cabin), there’s no upcharge to reserve a seat.

Pre-boarding: Families with a child under 2 years old may ask to board early.

Delta assigns seats for passengers in Basic Economy at the airport, which is a little late for families. Its other classes of service allow you to reserve seats ahead of time for free. So avoid Basic Economy on Delta if you need to sit together. You can add priority boarding, Wi-Fi, and other amenities by purchasing various add-on packages.

Pre-boarding: Families with a child aged 5 years or under may ask to board early.

Buy seats when purchasing your tickets. At that time, seats cost the least—from $6 per passenger, one-way for standard rows and from $20 for the extra legroom of Stretch. At check-in, prices start at $11 and $25, respectively. Without a purchased seat, Frontier assigns random spots—by then, usually middle seats scattered throughout the cabin.

The Works and Perks bundles include reserved seats. Works adds ticket refundability, the cost of one checked and one carry-on, and allows ticket changes. Perks covers fees for a seat, carry-on and checked bag. The per-passenger prices vary with routes. Do the math to figure out the best options.

Pre-boarding: Families with a toddler under the age of 3 board after Zone 1 but before Zone 2. 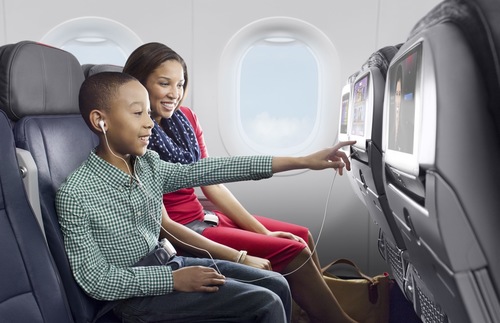 No fee is required to reserve a seat in the Core (main) cabin, which you should do when you book your ticket. The Even More Space seats add up to 7 inches of legroom, which can be handy when with traveling with an infant in a bassinet. Prices vary per route. Blue, the lowest fare, doesn’t include a checked bag, which costs $30, but at least you can reserve seats as part of it. Blue Plus fares allow one free checked bag.

Pre-boarding: Families with a child under 2 years old may board early.

You cannot reserve a seat on Southwest. Instead, where you sit depends upon your boarding group—A, B, or C—and your number within it. The lower, the better. Southwest assigns these based upon check-in, which begins 24 hours before takeoff.

With EarlyBird Check-In, available from $15 to $25 one-way, per passenger, Southwest automatically checks you in 36 hours ahead of your flight.

But don’t breathe a sigh of relief just yet. Early Bird doesn’t guarantee the coveted A1 to A15 boarding spots often needed for two or more seats together. For those, opt for upgraded boarding for $30, $40, or $50 each way, or purchase a Business Select fare.

Pre-boarding: An adult traveling with a child aged 6 or younger boards after group A but before group B, which is usually early enough to secure appropriate seating.

Spirit Airlines assigns free seats at check-in, 24 hours before your flight. Fees to reserve seats before then start at $5 per passenger, one-way.

Cost: family of four: from $20 one-way, from $40 round-trip. Be sure to print boarding passes at home or download Spirit’s free app with the information. Printing the documents at the airport costs $2 per passenger at the kiosk or $10 at the counter.

Pre-boarding: Families with a child aged 3 years or younger board after Zone 2 and before Zone 3.

With Basic Economy, you cannot select your seat and only Mileage Plus Premier members and their companions may bring full-size carry-ons onboard. To get seat reservations, your lowest acceptable tier of ticket should be Main Cabin “regular” economy fares. United’s Preferred seats, $15 a pop, bump you up a few rows but you still land in coach with little legroom. If you purchased a Fly-Tot, JetKids, or other bed box, leave it at home. United prohibits them.

Pre-boarding: Families with a child under 2 years old may board early.

Basically, on nearly every airline you should forget about Basic Economy a.k.a “economy light.” The no-frills-fare takes the control you need away from you. It means no seat reservation, no overhead luggage, and a fine—oops, I mean surcharge—for checking bags, thus negating all or much of the savings that tempted your family to buy Basic Economy in the first place.

What happens when families are split anyway? Airlines insist they try to seat families together. Ultimately, though, by forcing customers to compete for and buy seats, airlines have shown they certainly don’t try enough. If they did, you wouldn’t need all this advice.

If, after all that, you can’t get the seat assignments you want, you’re forced to rely on the kindness of strangers: first the gate agents, then the crew, and then, fellow passengers who are willing to switch seats. But ever since the airlines turned seat assignments into paid products, many passengers are not willing to throw away the money they spent to be where they are. Don’t blame the passenger who doesn’t want to trade; they’re using a product they paid for. Blame the airline that turned families into beggars.