Thank you for subscribing!
Got it! Thank you!
Home›Tips & News›Air Travel›How to Pop Your Ears on an Airplane 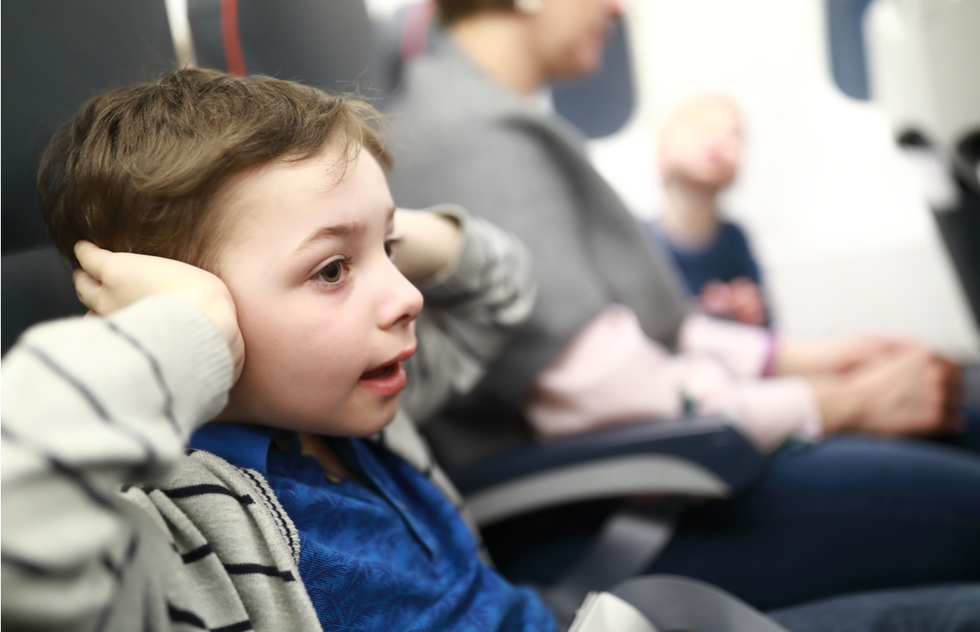 How to Pop Your Ears on an Airplane

Why do your ears get clogged on an airplane?

It has to do with the air pressure outside of your head not matching the air pressure inside your middle ear. In ordinary circumstances (like when you're not hurtling through the sky in a metal can), air pressure is regulated by a narrow passageway called a eustachian tube that connects the middle ear to the back of your nose. The tiny membranous breezeway lets outside air into the empty chamber that is your middle ear so that your eardrum can vibrate properly.

This condition is known as barotrauma or, less imaginatively, airplane ear.

How do you unclog your ears during a flight?

According to the Rocky Mountain Ear Center of Colorado—a state where they should know a thing or two about dealing with changes in altitude—getting your stuffed-up ears to pop requires giving a workout to the muscles of the jaw and soft palate, which open the eustachian tubes.

Frequent swallowing, forced yawns, and chewing gum (which causes you to swallow more and move your jaw a lot at the same time) are all good strategies.

If those don't work, it's time to try the Valsalva maneuver.

It's a lot less dramatic than the name makes it sound. You simply take a breath, close your mouth, pinch both nostrils shut, and then press the air out (without puffing out your checks). Do this as the plane ascends and descends, when the pressure in your middle ear and the cabin are most out of whack.

Variations on the Valsalva include the Toynbee maneuver, which sounds like the title of a lost John le Carré thriller but is actually just swallowing a sip of water while pinching your nose.

In the educational clip below, a nurse from Singapore General Hospital demonstrates both maneuvers, along with another ear-popping solution that requires you to blow up a balloon using one nostril. (If you try this on an airplane, please send us the video.)

Are there ways to prevent clogged ears on an airplane?

Don't sleep during takeoff or landing. You swallow less when you snooze and, besides, you need to stay awake if you're going to complete the Valsalva maneuver or inflate that balloon with your right nostril (seriously, send us the video).

If you already have nasal congestion going into the flight, the pressure on your eardrum is going to be a lot worse. The Mayo Clinic recommends using an over-the-counter nasal spray or taking a decongestant pill 30 minutes to an hour before takeoff; you can spritz the nasal spray again about half an hour before landing.

Avoid overusing sprays, however, because they can eventually make congestion worse. Passengers who are pregnant or have certain heart conditions should avoid oral decongestants.

Ear pain during a flight can verge on unbearable if you have a severe cold, sinus infection, or ear infection. Reconsider travel in those cases if your schedule allows.

How do you help babies and young children with stopped-up ears?

Infants and kids under age 4 aren't going to be able to manage many of the soft palate exercises recommended above. But you can encourage swallowing by giving an infant or toddler a bottle or pacifier.

Keep kids awake and sitting upright as the plane is ascending and descending so that their swallows remain frequent and pint-size eustachian tubes stay open.

Don't give decongestants to young children.

What if your ears won't unclog after landing?

If things don't go back to normal after you're on solid ground again, give it a few hours. Contact your doctor if pain or hearing loss continue after that.

Bleeding from the ears and feelings of dizziness could be signs of a more serious issue and should be brought to a physician's attention as soon as possible.