Thank you for subscribing!
Got it! Thank you!
Home›Tips & News›Air Travel›What to Expect at TSA Screenings This Summer 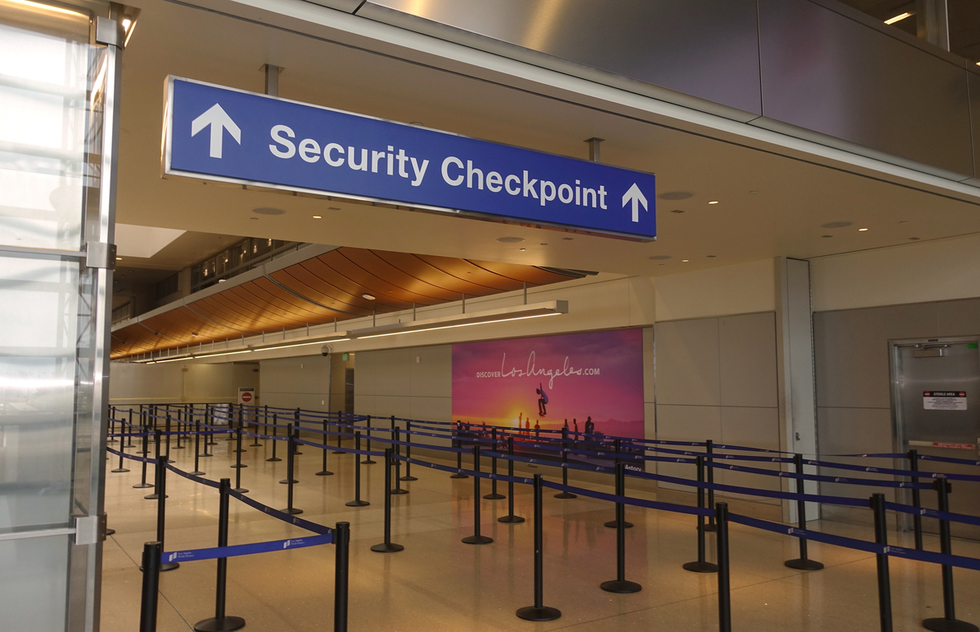 What to Expect at TSA Screenings This Summer

Know the TSA's new policies for airport screenings in the summer of the pandemic.

The number of passengers moving through airport security checkpoints in the United States is ticking up, passing 200,000 on several days in May, according to data from the Transportation Security Administration (TSA).

At the height of pandemic lockdowns in mid-April, that number fell below 90,000.

It's worth noting, though, that even with the increase traffic is a far cry from the more than 2 million travelers per day who passed through U.S. airports in May of 2019.

For those who do brave the airports this summer, the TSA has introduced some new procedures designed, says TSA Administrator David Pekoske in a news release, "to limit physical contact and increase physical distance as much as possible" among passengers and TSA employees.

Here's what you need to know about the new safety policies:

• No temperature checks: First, something you won't find at TSA checkpoints. Although some international airports are screening passengers for fevers and U.S. airline and airport officials have called on the TSA to do the same, the agency has so far shown no inclination to take on that task. That doesn't mean, however, that airlines and airports won't take their own initiative to check temperatures—it's just that the policy hasn't been mandated on a federal level. The effectiveness of such screenings is in question anyway; the coronavirus can be spread by people who don't have fevers.

• Boarding passes: Rather than handing your boarding pass to a TSA agent at the travel document podium, you'll now need to place your pass, whether it's paper or on your phone, on the electronic scanner yourself. Then hold up the boarding pass toward the agent for visual inspection. "This change reduces the TSA officer’s need to touch a passenger’s boarding pass thus reducing potential for cross-contamination," according to the TSA.

• Food and liquids: Put carry-on snacks in a clear plastic bag and put that bag into a bin for screening. Food often triggers a security alarm, as the TSA's regulations note, and that requires an agent to open your bag, risking a transfer of germs. (TSA PreCheck flyers are excused from this requirement.) As for liquids, the preexisting ban on any of those (including gels and aerosols) in quantities greater than 3.4 ounces remains in place—with the exception of hand sanitizer, which passengers can carry on planes in containers up to 12 ounces in size. If you've got a bottle of hand sanitizer, 1.) take it out of your bag before X-ray screening, and 2.) can we have a squirt? Stores have been out of the stuff for months.

• Facial coverings: All TSA employees will be wearing masks and gloves. Passengers are encouraged to wear facial coverings as well, and they're required by all major U.S. airlines to board flights. The TSA's guidance states that passengers might be asked to adjust facial coverings during security screenings.

• Accessories: When you're going through checkpoints, stash stuff like belts, wallets, keys, and phones in your carry-on bag rather than TSA bins in order to "reduce touch-points during the screening process."

• Social distancing: To help minimize close contact with others, there will be visual markers indicating recommended spacing on the floors of checkpoints, and the TSA will be "staggering the use of [security] lanes where feasible." Airport layout and traffic levels will affect how well you can maintain distance throughout the security process—do the best you can.

Other changes the TSA has previously introduced since the pandemic began include changing gloves after each pat down, installing plastic shields at document podiums and other areas, and increasing the frequency with which surfaces are disinfected.

For more details and to keep tabs on future updates, visit the TSA's coronavirus info page.

To see the new rules aboard airplanes, which could affect what you decide to pack in your carry-on, consult our regularly updated airline information.