Thank you for subscribing!
Got it! Thank you!
Home›Tips & News›Car, Bus, Rail›What to Know About Costa Rica’s Red Taxis So You Don’t Get Ripped Off 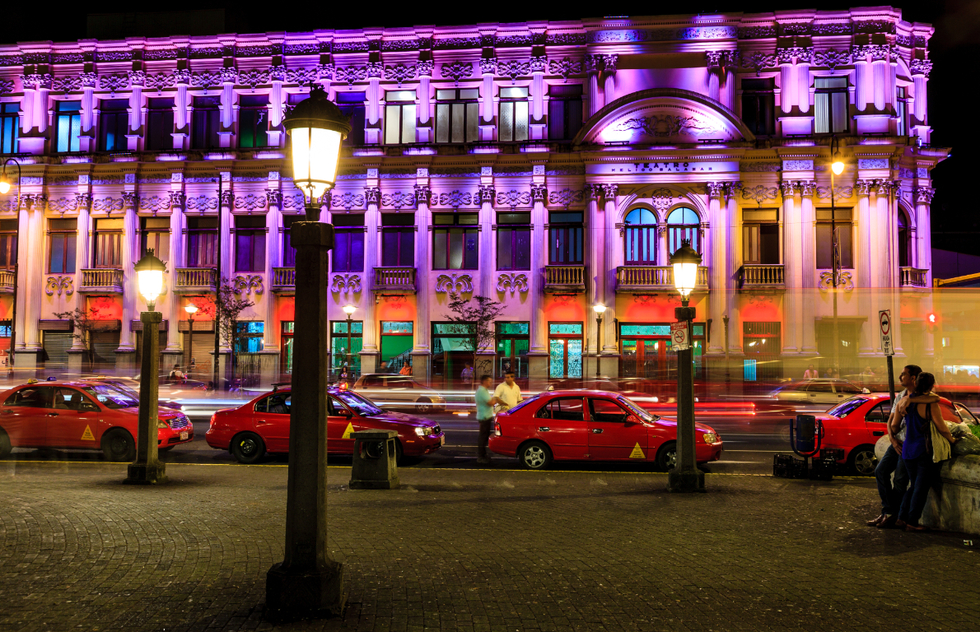 A quick guide to understanding Costa Rica's government-regulated red taxi system—and avoiding paying too much for a "pirate" ride.

Say you’ve flown to Costa Rica for a vacation. Excellent choice. Lucky you.

After getting through customs at Juan Santamaría International Airport (SJO) in the capital of San José or, alternatively, at Guanacaste Airport (LIR), otherwise known as Liberia International Airport, in the country’s Pacific northwest, the first order of business is usually finding your way from the airport to where you’re staying.

As you leave the terminal, it’s likely you’ll be approached by someone offering taxi service. If you get into this driver’s cab, you’ll notice it’s a regular unmarked car (though there might be a taxi light on the roof). While riding, you’ll also realize there’s no meter running, and, when you arrive at your destination, the driver will ask for an amount of the driver’s own choosing. Whether it seems excessive or not, you have little option but to pay up.

In Costa Rica, this is what you would call a pirate taxi (taxi pirata in Spanish). Pirate taxis are unlicensed, illegal, and kind of everywhere. Despite the buccaneering nickname, most of the people who operate these services are simply enterprising folks who have cars and a sense of hustle.

As a matter of fact, in some small beach towns and other places with limited public transportation, piratas might be your only option, taxi-wise. That’s why it’s a good idea to check with your hotel or vacation rental host for a trustworthy recommendation and to set an agreed-upon price with the driver before the ride starts.

But be warned: Pirate taxis have been known to overcharge out-of-town passengers—especially those waltzing off international flights. What’s more, drivers of unlicensed cabs are subject to fines if stopped by traffic police. In order to evade the law, according to Costa Rican English-language newspaper The Tico Times, pirate drivers might ask passengers to make a quick exit from the car or hop into the front seat to pretend they know the driver.

To avoid paying too much, getting stopped by police, or showing off your acting chops, the smart choice is to ride in licensed taxis. 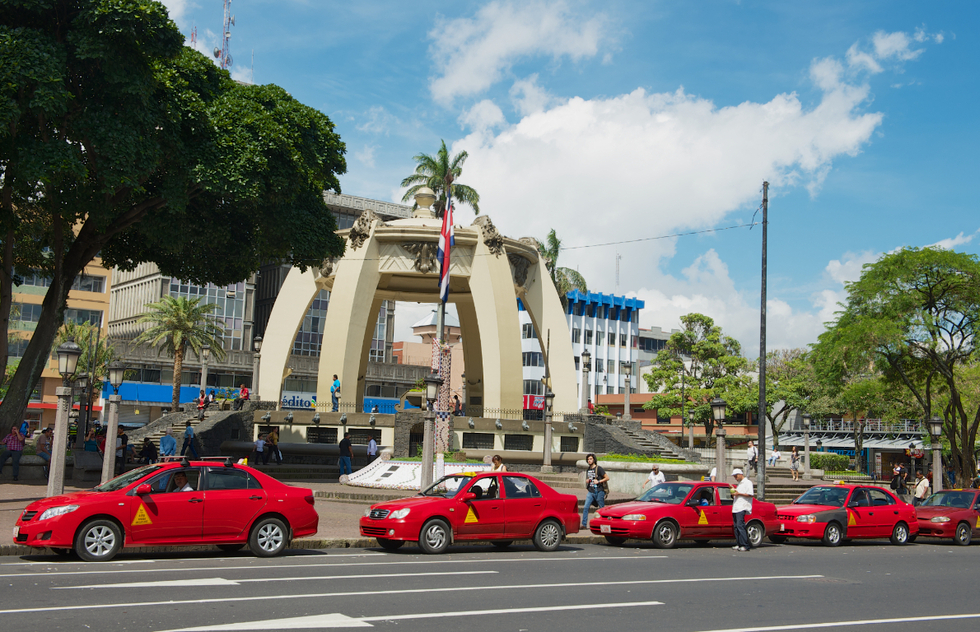 In Costa Rica, official, government-regulated cabs are either red or orange—the latter for airport pickups and drop-offs only. Each licensed cab has a yellow triangle emblem on the side. Inside the triangle, you’ll find the taxi’s license number and the name of the province where the cab can do business. Under the government’s system, official taxis from, say, Puerto Viejo can’t operate in San José and vice versa.

All official taxis should have meters running inside. Rates are set by the government and published online; consult the website of the Public Service Regulating Authority, known as ARESEP after its Spanish initials, if you suspect you’re getting ripped off.

When you get in the cab, make sure the meter resets for the new ride.

Orange taxis, which have higher rates than red cabs, are supposed to be the only type of taxi permitted to pick up passengers from the airport. You can hail a ride at the taxi stands just after baggage claim.

The ride-booking app is available in Costa Rica and growing in popularity, probably because Uber’s rates tend to be cheaper than official and not-quite-legal taxis alike. However, the app is still limited to San José and a few beach areas.

As for public transit?

For the most part, it only exists in the San José metropolitan area. Because navigating public buses tends to be confusing and may even make foreigners feel unsafe, riding a bus in the city, especially with your luggage in tow, is not recommended.

Commuter rail service operated by the Instituto Costarricense de Ferrocarriles (Incofer) is a better option to select destinations around the capital. Rail lines link San José with nearby towns such as Pavas, Heredia, Cartago, and Alajuela. Tickets must be purchased at the stations, though fares and times can be found online at Incofer.go.cr.

Nicholas Gill is the author of Frommer's Costa Rica, available in paperback and e-book versions.