Thank you for subscribing!
Got it! Thank you!
Home›Tips & News›Cruise›In Spite of the President's Confusing Cuba Policy, Three Major Cruise Lines Persevere in Offering Brief and Superficial Visits 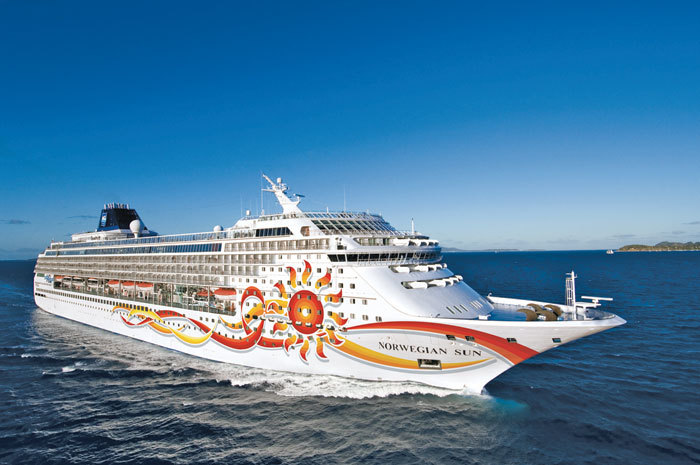 Despite the President’s murky efforts to limit the right of Americans to travel to Cuba, the cruise industry's brightest leaders lay future plans to bring even more vacationers there.

There remains plenty of cruise ship capacity to Cuba for your own next holiday trip. Provided you’re willing to confine the experience to the city of Havana, you’ll find well-priced cruises that stay overnight in that legendary place, allowing you to experience a scant, nearly two days there.
But what will be the nature of the visit? Will you be permitted to wander on your own, once you have left the ship? Or will you be required to see Havana as part of a 40-person group led by an umbrella-carrying tour leader, shepherding you about like children and enforcing a minute-by-minute itinerary?
No one knows. The Treasury and Commerce Departments have been assigned the task of furnishing detailed procedures for a lawful trip to Cuba, and their report on the subject is expected within the next 60 days. From the tenor of the President’s speech announcing the new policy of strictly limited contact with the Cuban people, it is probable that a group approach will be mandated. And such a decision is certainly not calculated to appeal to most Americans.
That being understood, Carnival Cruises has nevertheless announced a fairly frequent schedule of cruises to Cuba. Starting this fall, apparently by mid-September, Carnival will have increased the number of its 2,000-passenger ships dedicated to Havana visits, to two, performing weekly, four-day cruises to the Cuban capital. Departures will be from Tampa or Port Canaveral (Canaveral being thirty-or-so miles north of Palm Beach) on a route directly to Havana, where the ships will remain overnight, thus permitting passengers to spend up to two days there. Thereupon, they will immediately go to either the Bahamas, Cozumel, or Key West for another stay before returning to their Floridian departure ports.
The other major cruise lines—Royal Caribbean and Norwegian—will be performing almost identical four-day cruises to Havana, staying overnight in that city before proceeding to such other ports as the Bahamas, Key West or Cozumel. Royal Caribbean has announced it will also offer longer five-day or six-day cruises featuring an overnight stay in Havana, before proceeding to other ports and home. But again, the Cuban experience will be confined to that one overnight, going to no other location in Cuba.
Four-day cruises will cost as little as $500 and $600, including all taxes and fees, plus a strongly recommended purchase of a guided tour of Havana for $75.
All in all, the American cruise ship industry is obviously offering a fairly modest Cuban experience, limiting the entire contact to that one, overnight stay in Havana, followed by an onward sailing to another Caribbean port or Key West. One gets the impression that they are as confused as the rest of us as to what they can provide, and have therefore settled on this carefully regulated and very short experience of glimpsing life in Cuba. Given the determination of the Trump administration to return America to a policy that’s been an abject failure for 50 years, we can probably enjoy nothing better.
Cruise
Cruises
Entry Requirements & Customs
Local Experiences
News