Thank you for subscribing!
Got it! Thank you!
Home›Tips & News›Cruise›You Can Take a Tiny Sub to the "Titanic" Shipwreck—for $125,000 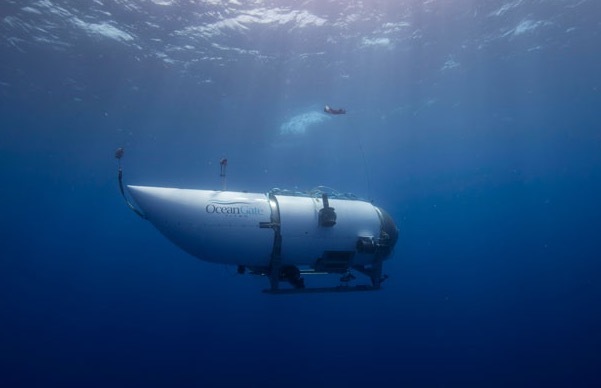 Starting in May 2021, OceanGate Expeditions will take small crews of "citizen scientists" in a 5-person sub to see the Titanic at the bottom of the ocean.

It’s been more than a century since the RMS Titanic sank in April 1912. And, if you can believe it, nearly a quarter-century has passed since Celine Dion belted “My Heart Will Go On” for the soundtrack of the 1997 movie retelling.

Across all those decades, the ill-fated ocean liner continues to exert a pull on the public’s imagination.

So much so, in fact, that some members of that public are willing to shell out a definitely-not-steerage-class $125,000 to board a mini submarine and descend about 12,500 feet (that’s $10 per foot) in the North Atlantic Ocean to reach the Titanic wreck site, located about 370 miles off the coast of Newfoundland.

Named Titan, the 5-person sub, which sort of looks from the outside like the love child of R2-D2 and an airplane engine, was created for OceanGate Expeditions, a company specializing in underwater exploration.

Starting in May 2021, OceanGate will be operating dives to the Titanic aboard the submersible, which will launch from a 50-passenger ship setting sail from St. John’s, Newfoundland. Most of the people on the larger vessel will be researchers and crew, but nine will be paying passengers.

And over the course of the 8-day voyage, each guest will get at least one chance (more if the weather cooperates) to spend a day exploring the wreck site from the sub.

“Demand is good” in spite of the price tag, according to OceanGate founder Stockton Rush (pictured below), who told us he expects to fill up the remaining slots in 2021's six planned expeditions by the end of this year. 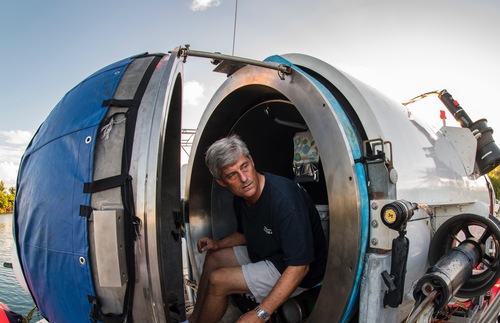 Rush says about half the customers are Titanic obsessives, while the rest are the same type of travelers drawn to space tourism and similar far-flung, budget-busting adventures.

Rush argues that it’s really only under the sea where those explorers actually have a chance to spot new life-forms and unseen vistas. “In the vacuum of space,” he points out, “by definition there is nothing. But there’s more undiscovered life in the ocean than we’ve discovered on the surface of the planet.”

OceanGate refers to its paying customers as “mission specialists” in order to underscore that this is no Carnival Fun Ship cruise. No scuba certification or other special training is required, but each person who boards the submersible needs to have what Rush calls “basic agility” (an ability to climb a 10-foot ladder, for instance, or stand on a chair without help) and some familiarity with “unusual travel experiences” involving unpredictable weather and cramped quarters.

Given that the sub is only big enough to accommodate three civilians, a researcher, and a pilot—and given that dives last up to 10 hours from start to finish—it’s probably not a good idea to sign up if you’re prone to claustrophobia. 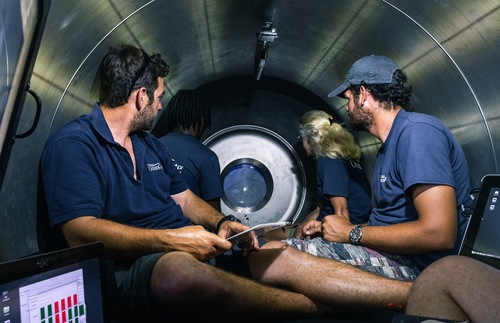 Those who do board the sub will get rare, up-close views, through a round window and high-tech cameras, of the sunken ship, the hundreds of marine species that now live on the hull, and the debris field strewn with the Titanic's fixtures and its passengers' personal items.

As citizen scientists, those inside the sub will assist researchers using sonar and laser scanners to measure how fast the Titanic is decaying. Rush says there are some historical riddles that still need answering as well.

“One of the questions the archaeologists have asked,” he told us, “is what did the person in third class wear for underwear? We know the rich-people stuff, but the life of the common man never got documented. What did an immigrant take when he was leaving the Old World? What were the key items?” 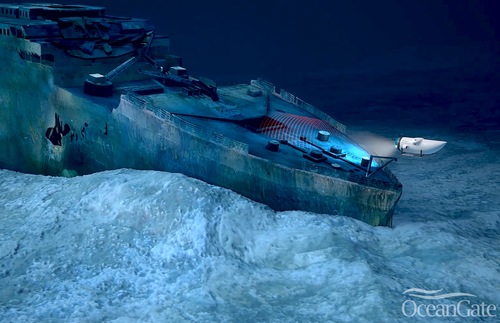 Rush thinks it’s that human element that keeps us intrigued by the Titanic after all these years.

“You couldn’t write a better story,” he says. “You have the rich and the poor. You have opulence. You have hubris. You have tragedy. You have death.”

All that and old-timey underpants, too.

Rush is hoping that any attention that OceanGate’s Titanic expedition grabs will inspire further aquatic explorations, whether of shipwrecks or vast underwater canyons and as-yet-unclassified creatures.

“You’ll pardon the expression,” he says, “but the Titanic is just the tip of the iceberg.”