Thank you for subscribing!
Got it! Thank you!
Home›Tips & News›Entry Requirements & Customs›Prisoners in Their Own Country: Three Ways America's Government Is Betraying the Freedom to Travel 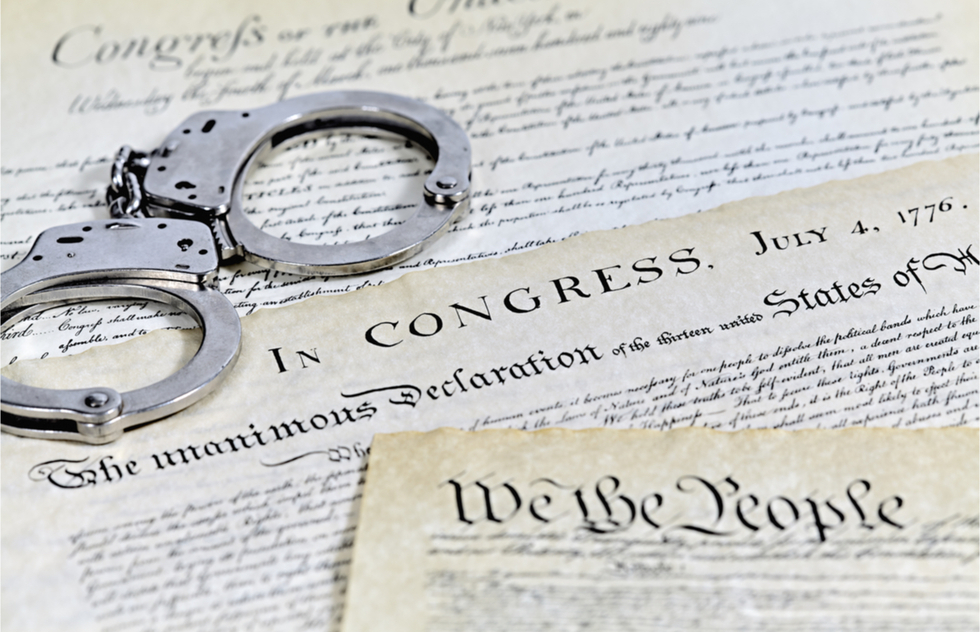 Prisoners in Their Own Country: Three Ways America's Government Is Betraying the Freedom to Travel

We hold these truths to be self-evident: By neglecting to ensure we retain access to our right to travel, we have lost it.

When, in the course of human events, it becomes necessary for one people to assert their government has dissolved its responsibility to the service of their rights, a decent respect to the opinions of mankind requires that they should declare the causes which impel them to declare the grievance.

Americans have become prisoners in their own country. Those who are proven to free from Covid-19 infection cannot leave even if they need to. People in other countries are beginning to travel again, but not Americans. They are largely banned from Europe, and the Caribbean, and Canada, and Mexico, and from most other nations on earth. Americans' movements are now limited between their own states—and that kind of travel, too, is impossible for some, as states have had to impose quarantine restrictions on each other.

Americans have family in other countries and loved ones in faraway cities, but the U.S. government is neglecting to facilitate the simplest travel paperwork to restore their right to travel.

It is a long train of abuses and usurpations. The government's failure has not only been in containing the virus, but also in protecting the right to travel for people who test negative. The government has plundered our dreams, ravaged our health, burnt our international relationships, and destroyed the livelihoods of our workers in hospitality.

Although chosen modes of travel constitute privilege, the act of travel is a right, and whenever a government abandons its duties and promises, resulting in the suppression of those rights, it is the right of the people to compel a change. To prove this, let facts be submitted to a candid world. We propose the following remedies to regain our travel independence.

The government must clear its backlog of passports.

If an American wants a passport now or needs to renew one, the document cannot be obtained anytime soon.

Passport centers were shuttered in March. They remain dysfunctional. The backlog of unprocessed passport applications is now unconscionable. In June, the backlog was 1.6 million. By late July, it was still 1.23 million. Each of those languishing applications represents a citizen whose right to travel is being denied.

You might have been pushed to return to work or school so the economy could benefit, but the government didn't go back with the same speed. You might have figured out how to fulfill your job functions from home, but the government didn't. Nearly five months on, the State Department still hasn't figured out how to do one of its core jobs, which is to issue passports. A bipartisan bill currently sitting in the House of Representatives aims to force the department to honor its duties by forcing it to clear the backlog.

The effect on free citizens is no different from what happens to criminals before trials: More than a million Americans are effectively forbidden to move freely because their government has failed to cope with the paperwork essential to maintaining that right.

The government must provide timely testing.

Most of the nation locked down from March to May, partly to give the authorities time to create a testing system. The government failed to do so. People are still getting sick at high rates, and millions of Americans cannot even test themselves in a reasonable time frame.

The failure extends into their rights. Most countries in the world control incoming infections using a simple tool: testing. Dozens of places—including U.S. states—will only allow Americans to enter if they carry negative test results. In most cases, that test must be no older than 72 hours. An inability to obtain a fresh Covid-19 test has the same effect as having your right to travel stripped away by a judge.

Healthy, uninfected Americans are being denied their right to travel because they have no means of proving they are healthy.

After states were unable to establish adequate testing systems, the federal government failed to step in to fix the problem. The Defense Production Act of 1950, which should have been deployed to ensure American testing systems were built so American health and rights could remain intact, has lain dormant.

As a result, across most of the United States, test results take 7 days, 10 days, or as long as two weeks. That has led to a realm of disastrous health risks, to be sure, but it also kills the right to travel. An editor at The Points Guy, Zach Honig, took a test in July to satisfy the requirements for a trip he planned to take. But the result came back more than two weeks later, rendering it useless for travel.

Blame whichever segment of the government that your personal politics demand, but the failure is real.

In late June, Customs and Border Protection announced it had devised a solid plan to safely reopen its Trusted Traveler centers. Then, despite that announcement, the agency postponed the reopening two additional times, resulting in two more months of delays. Trusted Traveler processing centers still have not reopened. Since March, applicants have been unable to join or renew Nexus, Global Entry, or TSA PreCheck, which are paid programs allowing for the expedited exercise of citizens' right to travel.

The government has blocked agents from processing applications and has neglected to attend to them.

Worse, the government has politicized Trusted Traveler programs. Last winter, as Covid-19 spread, the CBP excluded residents of New York from applying for or renewing Global Entry memberships. After months of denying access to New Yorkers, the false pretext for that ban was exposed in court. Those who live in the state are now theoretically permitted to apply again—yet there are still reports that the CBP system won't accept applications from people based in New York.

The government must immediately do these three things to restore Americans with their inborn right to free movement.

If the government doesn't facilitate rights, it's as good as not having any.

For our health, for our lives, and for our freedom, we implore the U.S. government: Free us from the tyranny of your neglect.