Thank you for subscribing!
Got it! Thank you!
Home›Tips & News›Entry Requirements & Customs›Arthur Frommer's Reaction to the President's Announcement Regarding the Travel Embargo Against Cuba 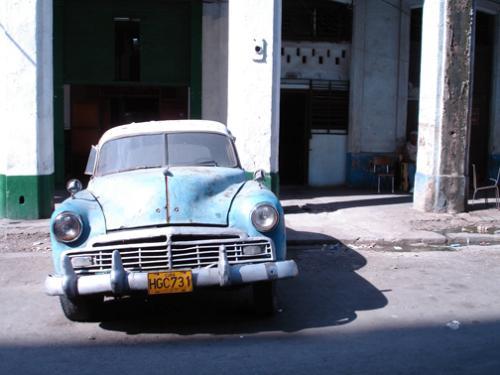 "Although it will make headlines, the announcement of these embargo modifications is of far less substance than meets the eye."

Wholly apart from a prisoner swap and the resumption of diplomatic relations with Cuba, President Obama announced today modifications in the travel embargo against Cuba. Since, as a travel-related firm, we take no stand on political issues having nothing to do with travel, I have confined the following remarks solely to the announcement of modifications in the travel embargo.
Although it will make headlines (and set off cries of outrage by some in the Cuban-American community), the announcement of these embargo modifications is of far less substance than meets the eye.


The travel embargo remains. Ordinary Americans desiring to travel to Cuba for vacation or other standard purposes (including the purpose of making up our own minds, as citizens, about the validity of our Cuba policies), will still be prevented from traveling to Cuba.
But starting today, American religious organizations can sponsor travel to Cuba; educational exchanges will be encouraged; scholars and students can seek academic credits in travel to Cuba; participation in academic conferences in Cuba will be encouraged; and remittances of $500 per quarter can be made by Americans to non-family Cubans, for the purpose of encouraging start-up business enterprises in Cuba. (And a couple of other minor steps were taken, mainly to permit additional airports to be used for charter flights to Cuba).
Ho-hum.
The American embargo against travel to Cuba has always been a strange and completely counterproductive policy.  On the streets of Havana, as I have seen in my own two trips to Cuba as a journalist, stroll thousands of Canadians, British, French, German, Scandinavian, and Italian tourists, and every other kind of humanity. Only Americans are absent from those streets or from the hotel resorts of Cuba, which otherwise are heavily occupied by persons from all over the world.
In the meantime, Americans travel freely to Communist China and Vietnam. We travel freely to all sorts of countries with dictatorial governments. We travel freely to Iran. We even travel freely to North Korea, for heaven's sake!
A good argument can be made that the ban against travel to Cuba has angered a large percentage of the Cuban people. But whether this is so, what good is produced by the embargo? Has it weakened the Cuban regime or strengthen it? What in the world has it accomplished? Anything?
While today's announcement will permit a small number of additional Americans to make trips to Cuba, we still have a long way to go in correcting a policy that achieves nothing of benefit to us—and is, in my own view, a violation of our political rights as freeborn Americans to see for ourselves.