Thank you for subscribing!
Got it! Thank you!
Home›Tips & News›Health, Insurance, Security›It's Literally Illegal for Visitors to Eat in Parts of Italy Now: A Roundup of the New Tourist Laws 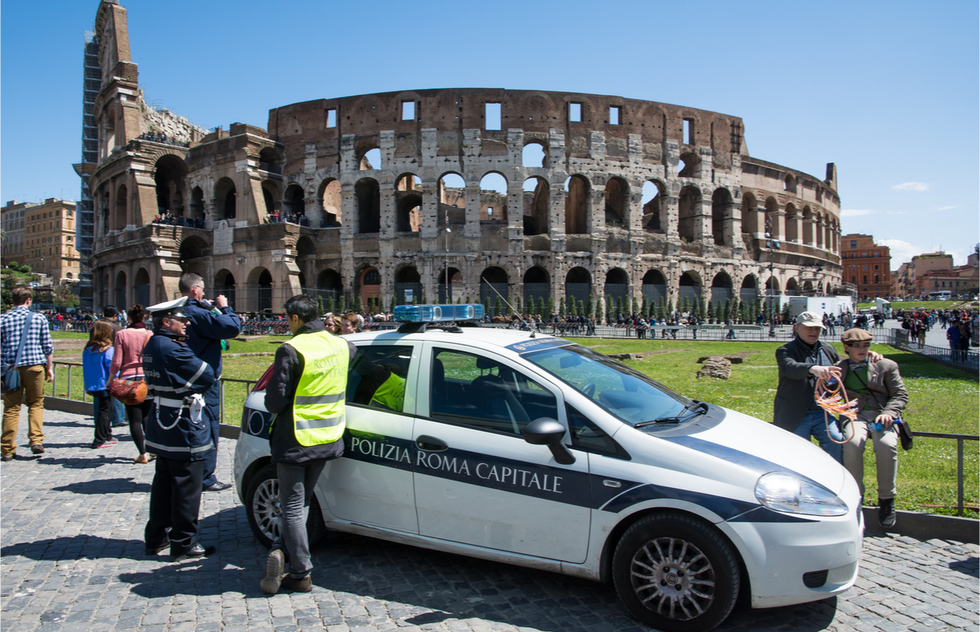 It's Literally Illegal for Visitors to Eat in Parts of Italy Now: A Roundup of the New Tourist Laws

Violating these rules probably won’t get you arrested, but stiff fines could dip into your vacation budget.

You may not have heard, but Italy has been busy passing some new laws recently, and they may end up changing your behavior the next time you go.
The laws ban everything from how you cool your feet to where you roll your luggage to when you lick your gelato. They’ve been ridiculed by international media and criticized as excessive and anti-tourist—especially for a country for which tourism is the most important industry.


Yet locals have repeatedly claimed the rules—even when they seem to go overboard—are there for a reason: to protect Italy’s cultural heritage, as well as its citizens and visitors, from badly behaving, oblivious, or downright malicious tourists.


To help sort the rumors from the laws that actually made it onto the books and affect tourists, here’s a look at some of the recent decorum regulations in Italy’s tourist trifecta—Rome, Florence, and Venice—with a little explanation of the Italian logic behind the legislation.


Now codified in the Rome rule book are bans on swimming, wading, showering, or even dipping one’s feet in the city’s famed fountains, which can result in a fine of €450. The restrictions are in place because tourists have done all of the above. Some have even been known to show up in swimsuits—a premeditated crime if there ever was one. Considering most of these fountains are several centuries old, the changes are intended to protect them.


For nearly 300 years, Roman and visitors alike have paused for reflection on the elegant Spanish Steps, a staircase that connects Piazza di Spagna with the Trinita dei Monti area above. Thanks to tourists who blocked foot traffic and left behind their plastic bottles, pizza boxes, and gelato cups, sitting on the steps is now outlawed.

Also banned are eating, drinking, and dragging a stroller or wheeled suitcase up or down the steps. For now, the city police are simply ordering offenders to move along and not issuing fines. But hungry or weary tourists will have to seek a public bench—a real rarity in Rome—if they need to snack or rest tired legs.


Some other decorum deal-breakers in Rome that could result in fines of up to €400 or more:
• Walking around shirtless or in a sports bra or bikini top. No matter how hot it is or you are, just nope.
• Attaching love locks to the Ponte Milvio or any other bridge or monument.
• Partaking in any organized pub crawl or drinking alcohol in public areas after 11 pm and before 7 am.
• Attaching one’s lips to one of the city’s many nasone drinking fountains to get a sip of water. We don’t understand why people need a law against that one. It’s gross.


The laws also ban costumed Roman Centurions from posing for photos in exchange for cash in front of the city’s ancient monuments. Frankly, we kinda miss those guys.

No campfire coffee, toe-dipping in canals, or sitting pretty much anywhere


Venice, the city that thrives on tourism more than any other place in Italy, is also buckling under it. With more than 30 million annual visitors clogging its narrow streets and piazzas and, in too many cases, leaving chaos and garbage in their wake, Venice’s residents understandably have a love-hate relationship with tourism.


The city’s #EnjoyRespectVenezia campaign is an attempt to curb bad tourist behavior. The public decorum laws ban everything from reclining on benches to swimming in the Grand Canal (umm, yuck). Many of the rules make sense, from no littering to no love locks on Venice’s many bridges. But a few of them ban typical human behavior—like sitting, resting, eating, and drinking—without providing reasonable alternatives. Among the bans:


• Sitting on stoops, bridges, stairways, in piazzas, or anywhere that’s not a public bench or park—both of which are virtually nonexistent in Venice. Eating or drinking while sitting? Fuggedaboutit or be fined—up to €200. The city does provide a map of public rest areas—seven in total and precisely zero in the city’s most touristy areas. So if you want to save money by buying a slice of pizza to go, know that you will literally have to eat it on the go—while walking.
• Sitting on canal embankments, dangling feet in said canals, or pausing too long on a bridge. Venice has no patience for idle feet—so don’t dip yours in the water. And once you’ve taken that group selfie from the bridge, step lively or risk being fined.
• Starting in July 2020, the city says it will start charging day trippers a tourist tax of between €3 and €10. This fee, which would be complicated to collect, has been kicked around for a couple of years already, so we wouldn’t be surprised to see it postponed again.


Yet should there be any doubt that Venice takes its rules seriously, consider the fate of a clueless German couple who set up a camp stove and brewed coffee near the Rialto Bridge. They were fined €950 and ordered to leave the city. A famous Italian espresso from a bar would have been much more authentic—and cheaper.

No eating on the street, no buying fakes


Florence is known for its street food scene, but whether or not you can actually eat on the go depends on where you are. At certain times of the day on several of the city’s busiest streets and piazzas (Via de' Neri, Piazzale degli Uffizi, Piazza del Grano, and Via della Ninna), eating while sitting, leaning, or even walking is banned, with violators slapped with fines of up to €500. Scofflaws take note: The restrictions are in effect pretty much during most people's meal times: noon–3pm and 6–10pm.

Critics cite the city’s lack of benches and garbage cans as the real source of the problem but for now, if you buy one of Florence’s famous panini, make sure to scarf it down in a deserted alley like a hungry stray dog.


Italy’s cities are awash with illegal street vendors selling fake designer bags, belts, and wallets. It's all illegal to sell. But not only is selling counterfeit Fendi illegal, buying it is too, and subject to fines of €1,000 or more. Given that’s about the price of an entry-level Fendi bag, we doubt you’ll be able to convince authorities you thought that €20 copy was the real deal.