Thank you for subscribing!
Got it! Thank you!
Home›Tips & News›Hotels›How to Figure Out the Name of That Anonymous Hotwire Hotel 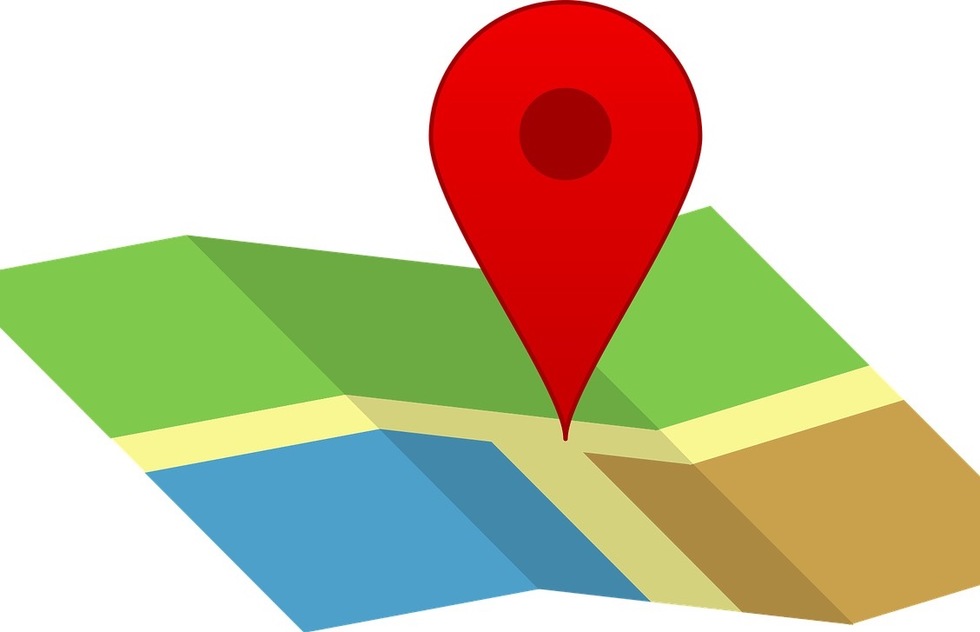 How to Figure Out the Name of That Anonymous Hotwire Hotel

No need to agonize over clues like Sherlock Holmes to deduce the name of a mystery hotel in Hotwire's Hot Rates. These elementary tricks are all you need.

Hotwire, one of the best-known hotel booking sites out there, has built a kingdom out of discounted hotel prices.

But Hotwire's lowest rates, called Hot Rates, have always come with a risk: You won't know the name of the hotel until after you've made a nonrefundable payment in full. Before that, all you're given to go by are a general neighborhood location, the star level of the service, and a list of amenities.

Here's an example I found when I wanted a New York City hotel under $100 per night. 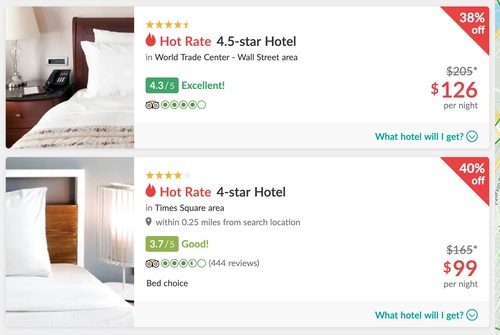 The two hotels in this screen grab illustrate Hotwire's cloaked bargains, which are mixed in with quotes from named hotels. The photos are generic, so you can't easily tell which place you'd wind up with—will it be a dump or a diamond?

You could probably figure out the hotel's true identity using the process of elimination, combing through this nameless hotel's list of amenities and matching them precisely to the same lists at hotels in the area. That would take forever.

But hang on. There are actually additional clues embedded in these listings that will give you a much better idea. In fact, based on this listing, you'll be able to pinpoint the exact hotel without even leaving Hotwire.

Here's how. (You'll need to do this on a desktop computer, not a smartphone.)

Step One: Click the hotel you're curious about so that a new page opens.

Somewhere in the top half of the resulting page, you will probably see a box like this, with a "Show hotels" button on it. (Not all listings have this box—but many do. So look for it. It's your key to figuring out the hotel.)

Pay no attention to the hyperactive "Book soon!" nudge. The last person to book may have gotten the Yotel, but that doesn't mean anything. The Yotel is just in the same quality category as this hotel. This hotel is not the Yotel, as we shall soon see.

Step Two: Now, open that "Show hotels" box in a new tab three times. On an Apple desktop computer, you can do that with command-click; on a PC, it's control-click. Or you can right-click and choose the option to open in a new tab. Do this three times, so that three new window tabs stack up.

Step Three: Each of your three new tabs should display a slightly different list of hotels. Here are the three I got for this listing, one in each new tab I created.

Because Hotwire promises you that the hidden hotel is one of these three hotels, you can now deduce which one it has to be. It's the only hotel that appears on all three lists. The list is randomly generated each time you open a new tab, but the true hotel will always be among them, as promised.

This cloaked Hotwire hotel, then, is the Paramount Hotel Times Square.

Want to double-check your guess? There's one more step to go.

Step Four: Back on the original listing, you'll notice that a customer review rating is included, even though the hotel's name is omitted. In this case, the mystery hotel, which we now strongly suspect is the Paramount, has 444 customer reviews. (Not all hotels on Hotwire display review counts, so this isn't surefire, but enough places have counts to give you some solid options.)

All you have to do now is scroll through the nondiscounted listings for hotels that have names. No-name hotels on Hotwire are almost always sold on the same site for a higher price using the real name.

If you scroll down (it may take a few pages), you'll find there is one other hotel that lists 444 reviews.

Lo and behold, it's the Paramount Hotel Times Square. 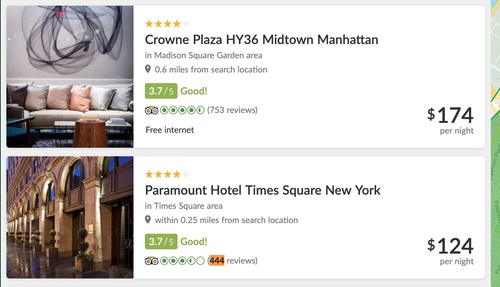 Just like that, with minimal research, you have learned that if you book using the Hot Rate instead of the regular listing, you'll save $25 off a $124 room.

You'll also notice you were misled from the start, and the $124 "full" price listed here is nowhere near the $165 that Hotwire claimed was the regular price when we started out.

This is why you can't use the alleged "top" price as a research point; hotel booking sites like Hotwire are notoriously slippery about prices.

So it's perfectly fair for you to be slippery about figuring out their game, don't you think?

There are also ways to deduce the names of the mystery hotels at Priceline. Here's our story on that.